Got a killer idea for a podcast – but no idea how to get started actually recording it. British audio ace Focusite has turned its attention from expert-grade USB interfaces to more entry-level equipment that should please any wannabe hosts. The Vocaster One and Vocaster Two come as standalone audio interfaces, in case you’ve already splashed out on a mic and headphones. Both are plug-and-play, with just the essential inputs, knobs and buttons so newbie recordists aren’t overwhelmed.

The Vocaster One is a solo effort, with just one mic input and one headphone output, and two volume dials for controlling mic gain and headphone feedback. The more capable Vocaster Two doubles up on mic inputs and headphone outputs, for recording two hosts or guests at once. Audio in and Bluetooth support lets you easily open your show up to phone call-ins.

A companion app lets you tweak levels, reroute audio between devices and add effects like auto gain, loopback for pre-recorded jingles and enhance your vocals for greater clarity.

Both models should appeal to vloggers, too: they’ve each got a camera output to record higher quality audio straight to a camera, so you don’t need to sync video and audio later.

If you’re just getting into the podcast game, Focusrite has two “full studio in a box” bundles to take some of the guesswork out of picking compatible hardware. Solo speakers will be most interested in the Vocaster One Studio Pack, which comes with the Vocaster One itself, Focusrite’s DM1 dynamic microphone, and a pair of HP60v closed-back headphones. The mic also comes with a pop filter to cut down on plosives.

Podcasting pairs will be better served by the Vocaster Two bundle, which includes the Vocaster Two unit, a more premium Vocaster DM14v dynamic mic that has a built-in windshield and shock mount, and a pair of HP60v headphones. That covers the lead presenter, but the sidekick still needs to supply their own gear.

Focusrite has also teamed up with podcast experts Acast, Squadcast and Hindenburg for the bundled software suite, which the firm reckons is worth $600 on its lonesome. It’ll let you take care of recording, editing and publishing content, which pretty much covers all the bases.

Podcasters can put their order in right now, either direct from Focusrite, via Amazon, or the usual music equipment etailers and retailers. Prices start at £190 for the Vocaster One and £290 for the Vocaster Two. Studio bundles of each will set you back £290 and £470 respectively. 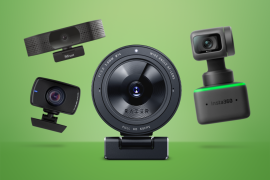 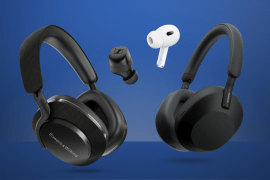