For a lot of people, being able to change the volume of their music is all the customisation they need – but if you’re the kind of person who’s willing to fork out for a dedicated Astell&Kern audio player, that’s not going to cut it. The company’s new A&futura SE180 (£1399) is the first to support interchangeable DAC modules, so if you decide the eight-channel 32-bit/384kHz SEM1 module that comes with it isn’t up to your high standards, there’s a SEM2 (£319) you can buy that offers 32-bit/768kHz and supports 2.5mm, 3.5mm and 4.4mm headphone jacks. Niche. If you’d rather go wireless it also comes with Wi-Fi and Bluetooth 5.0 onboard, while A&K has spruced up the interface to make it more like using an Android phone, with a 5in 1920×1080 touchscreen on the front. There’s also 256GB of expandable memory and the new AK File Drop, which is supposed to make it easier than ever to fill with tunes. If two DACs doesn’t seem like much to choose from there’s another one on the way later this year, with another due in the first half of 2022. 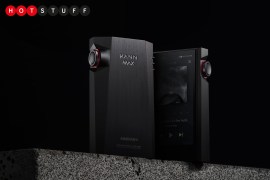 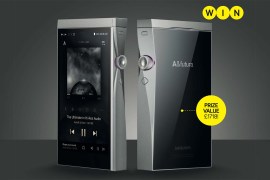 This pocket player packs a punch 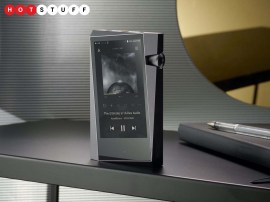