After being announced more than a year ago, we’re still waiting for Spotify to launch its CD-quality music streaming service, Spotify HiFi. But what is it? And how can you get it?

When you listen to music streamed over the internet, the stream is compressed to make better use of the available bandwidth. There are a couple of different ways of doing this – Spotify uses Vorbis and AAC – but what they have in common is that they use ‘lossy’ compression. This means that bits of the music file are thrown away in an attempt to reduce the amount of data being sent.

When it reaches your Spotify app, whether that’s on your phone or desktop computer, it’s decompressed and plays from the speakers or headphones.

Another way of shrinking the files being transferred is by reducing the sampling rate. A digital music file isn’t the same as the groove on a vinyl record, it’s a series of samples of that groove, that when played back allow your brain to reconstruct the sounds in the same way the individual frames in a film become a moving image.

A CD samples the music at 44.1khz – or 44,100 samples a second, which translates to a bitrate of 1,411kbit/s. Reduce this figure, and you get smaller files, which stream using less bandwidth.

Spotify already has a few quality tiers, and they correlate with how much you’re prepared to pay for the streaming service. Standard or free users get a maximum of 160kbit/s through the Spotify apps, or 128kbit/s through the web player, while premium subscribers get 320kbit/s in the app or 256kbit/s on the web. Spotify sounds good, but its tunes are still compressed, and this can strip out some of the vibrancy from the music.

Lossless compression means that, once the app has decompressed the stream, nothing is lost. It aims to preserve the detail and nuance in the music at the cost of not reducing the filesize as much.

When is it out?

There have been rumours for years, but in February 2021 a new tier was announced, offering CD-quality music using a lossless compression format. The high-quality streams would, the company said, be “rolling out in select markets later this year”. And we’re still waiting.

As 2023 rolled around Spotify remained pretty silent on when we’ll be able to wrap our ears around its higher-quality tunes. The company’s annual Stream On event will take place on 8 March, where we’ll see a bunch of creator tools, user features, and new programming available on the service. Will there be a Spotify HiFi announcement to boot? Unconfirmed for now, but if it is coming soon, Stream On seems like a pretty likely place for its unveiling.

When it does come, we can expect to pay for the privilege. The wording of the announcement, “Premium subscribers … will be able to upgrade their sound quality to Spotify HiFi and listen to their favorite songs the way artists intended,” makes it sound like a new subscription level will be added above Premium (Platinum seems like a sensible choice of name, but details are scarce). This goes against the grain of other streaming providers, such as Tidal, Apple and Amazon, who provide lossless streaming as an added extra to their existing subscribers.

What will I need to listen to Spotify HiFi?

Spotify HiFi will most likely be part of the standard Spotify app, though as the company has a history of providing lower bitrates through its web app it might not turn up there. Examples of lossless audio compression algorithms include ATRAC from Sony, FLAC, HD-AAC (which Spotify already uses in its Premium tier) and Dolby True-HD.

Spotify has only spoken of CD-quality music in relation to its HiFi or Platinum tier, rather than going into the realm of hi-res music that increases the sampling rates beyond CDs, so you shouldn’t need too much exotic equipment to play it back.

Wired speakers or headphones should have no problem, with the usual caveats about analogue connections, but if you want to use wireless headphones make sure they (and your player) support a higher-bitrate Bluetooth codec such as aptX HD Lossless or LDAC, otherwise all that extra information will be compressed away in the last stage of its journey.

Just plug it in and away you go 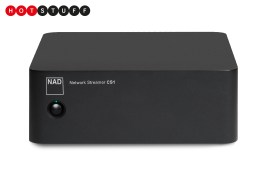 What can I listen to in True Sound? 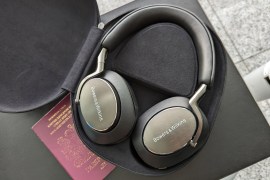