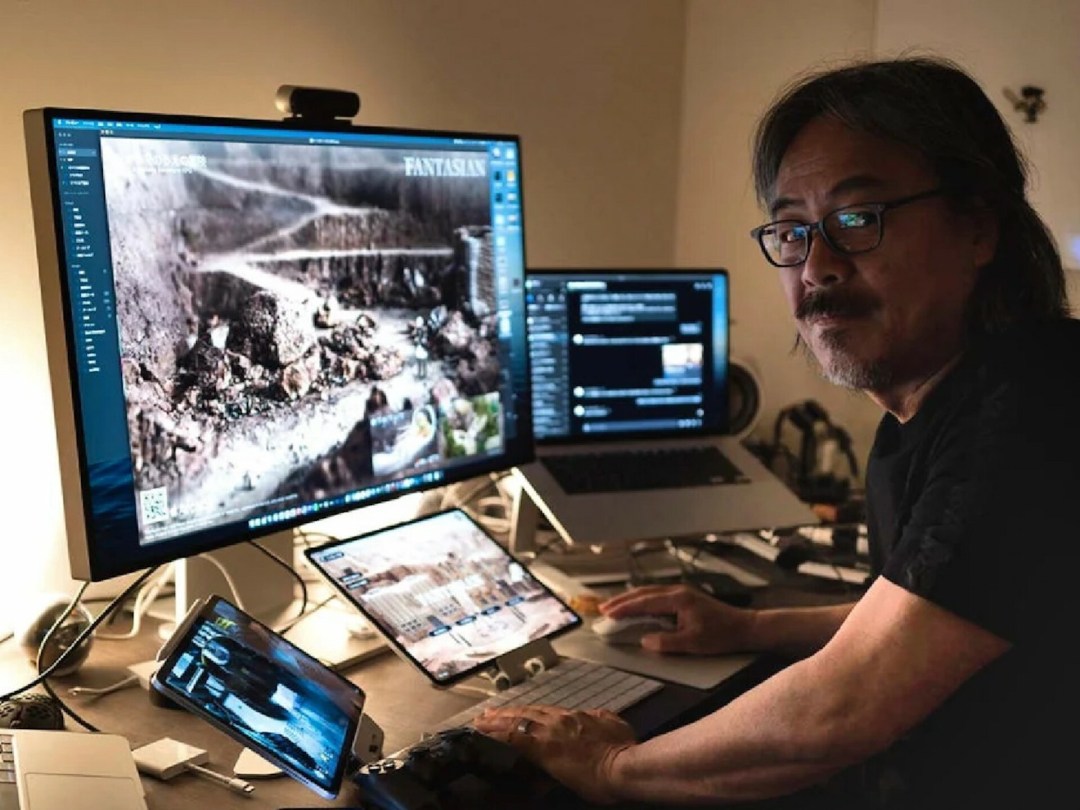 I went into Fantasian thinking that it might be my swansong. If it was going to be my last game, then it needed to be the kind of game I liked best. It needed to be the kind of game that bubbles up out of me naturally. Right as I was thinking about all of this, I had a chance to revisit Final Fantasy VI with some of the people who worked on it with me. That’s when it hit me — that was the style I was looking for. I didn’t give a single thought to what’s prevalent or popular in the marketplace. I feel like I managed to take what naturally exists inside of me and bring it together as a game. I asked myself, "Is this what’s inside me? Is this what brings me joy?" and used that in all my decisions. I would say that Fantasian is made up of things that naturally sprung forth from inside me. But of course, that ‘me’ is made up of all my memories and past experiences. So in a sense, everything I’ve seen and felt up until now has some influence on Fantasian.

Fantasian right now is just part one of two

Part one of Fantasian is linear and story-driven, while part two is more quest-based and allows for a lot of free exploration. Since the focus changes at what’s more or less the halfway point of the game, we decided releasing it in two parts would make that shift in focus play out more naturally.

Before Apple Arcade, the Apple II got me into the games industry

The Apple II was my gateway to the games industry. Of course, it had Wizardry and Ultima, but I also felt a sort of culture shock just seeing the CP/M operating system and business tools like VisiCalc, which laid the blueprint for modern spreadsheet software. I still consider that shocking first impression part of my origin story as a developer.

Fantasian is perfect for touch screens

There’s a physicality and tactility to the dioramas [in Fantasian] that I think will make players feel like they’re reaching out and touching them — even if the screen gets in the way! Everyone feels things in a different way, of course, but I think we’ve hit on a nice synergy between the touch interface and the game’s look and feel.

Back in school, I was a modeling fanatic. I think that has a major impact on Fantasian. Before Fantasian, I made another game called Terra Wars, which also used dioramas. One day, I held one of Terra Wars‘ dioramas and thought, "it’d be fun to walk around and have an adventure on this." That idea led to using dioramas in Fantasian. We took around two or three hundred photos of the dioramas in Fantasian, capturing them from all sorts of angles. Then we used a tool — the same tool they use to make 3D models of cities from drone camera footage — to render the dioramas as three-dimensional data. Then we had to take a whole other set of diorama photographs — this time in a studio with proper lighting. We used a technique called "projection mapping" to apply those studio photographs to the 3D data. The result is something that feels more real than just applying a texture to a 3D model. It’s like you’re actually walking around on those diorama photos. Since we had the 3D data, we could use it to let the dioramas interact with the digital 3D character models. It also let us apply various post-effects. It was a very complicated process, so we had our work cut out for us.

I still have to play Final Fantasy VII Remake

I’m still in touch with [Yoshinori] Kitase, [Yasumi] Matsuno, [Hajime] Tabata, and a few other people. Since they’re old comrades of mine, it’s always fun to catch up. Final Fantasy VII Remake came out right while I was busy developing Fantasian, so I haven’t had a chance to play it yet. I’m looking forward to playing it once Fantasian part two is out the door. Which means I have until then to get my hands on a PlayStation 5!

My office is in Hawaii

I’ve split my time between Japan and Hawaii for the past twenty years or so. When in Hawaii, I’ve relied on e-mail and video calls to get work done; the pandemic hasn’t been a very big change as far as that goes. The ocean [in Hawaii] is wonderful. As a surfer, I’ve paddled right next to sea turtles. I’ve ridden waves and seen the beauty around me in brief moments standing on top of the ocean. There’s no substitute for these experiences. Going out to the ocean while it’s still dark and watching as the sunrise reflects on a sea of glass — it’s magical. My office connects to the roof, and I start my workday by stepping out there to get a good look at the sunrise. If it’s a pretty one, I spend some time taking pictures of it. By the time I pour a cup of coffee and head to my desk, it’s not quite the middle of the night in Japan, so I have a chance to briefly catch up with staff there in real-time. Once that’s done, I start on my own work. When 3pm rolls around in Hawaii, it’s 10am in Japan, so the studio there starts working, and I sit in on their meetings. I keep busy until 7pm, when I stop for dinner and a glass of wine. That’s the highlight of my day.

I’m interested in making something that’s not a game

I haven’t really thought about what I’ll do after Fantasian. Working on Fantasian, I strove to make sure that I was doing what came most naturally to me. I suppose I’ll probably take a similar approach to whatever comes next. I like new things. I’m very interested in new technologies like VR and AR. And I’d like to try making something interesting that isn’t necessarily a game, if I happen to get a good idea. You could use AR to visualize music or sound, for example. I’d like to try making something like that sometime.

I don’t know what makes RPGs so timeless

It sure beats me, but it’s the best genre for getting immersed into a game’s world and story. My drive to create games comes out of a desire to tell a story on that base. 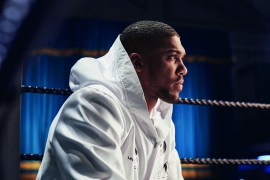