Finally, after months of leaks, rumour, gossip and hearsay, the Galaxy Note 9 is official. While it didn’t hold that many surprises, it’s still an impressive phone, with a Bluetooth S Pen stylus, AI-powered camera and masses of storage.

It doesn’t hit UK shops until 24th August, but you can pre-order yours right now. It’s available from Samsung direct, as well as all the major networks. So let’s break down who’s offering what.

The phone maker will flog you the 128GB Note 9 for £899 SIM free. If you want to step up to the 512GB model, it’s going to cost you an eye-watering £1,099. Ouch. Though remember, if you chuck in a 500GB microSD card, that’ll take the total storage to around 1TB. Which is way more than most people will need.

In the UK, your colour options are Lavender Purple, Midnight Black or Ocean Blue. The first two come with a matching S Pen stylus, but the blue version’s is yellow, which is much more eye catching. Our advice? Ocean Blue all the way.

Buy the Note 9 from Samsung here.

These also include Three’s Go Roam service, which lets you use your regular data package abroad in 71 countries with no hefty roaming fees. Plus you get Go Binge, which lets you use data for the likes of Netflix, Apple Music and Snapchat without running down your data allowance.

If you already have Sky TV, Sky Mobile could be the cheapest deal for you. Until 13th September, it’s offering extra data to try and lure punters.

Those on Sky TV can get 2GB of data and unlimited calls and texts for £6 a month (on top of the monthly price of the phone itself). Usually, £6 would only get you 500MB of data. Pay £12, and you’ll get 4GB, which is double the normal 2GB.

The Note 9 costs £42 a month (including £6 for 2GB of data) on the Swap 24 plan, which lets you change your handset after two years but keep your tariff. That’s with no upfront fee.

If you want 4GB of data on either deal, it’ll cost you an extra £6 a month.

Sky is offering 10GB of extra data which will be added to your Sky Piggybank. You can use this whenever you need more data.

With all Sky Mobile deals, you can roll data over to the next month, and change data deals on a month-by-month basis if you want. They also include Sky Go Extra, letting you watch exclusive Sky TV and live sport on the go.

The Big Red network is offering the Note 9 for £63 a month plus £79 upfront. That gives you 20GB of data a month, plus the ubiquitous unlimited calls and texts.

If you want to watch a lot of shows and films on that 6.4-inch screen, you can go for one of Voda’s Red Entertainment tariffs for £69 a month, plus £79 upfront. This gives you Amazon Prime Video, Sky Sports Mobile TV, Spotify Premium or a Now TV Entertainment Pass, plus unlimited calls and texts.

Both tariffs come with Vodafone Global Roaming, which lets you use your UK data allowance in 50 locations around the world at no extra charge.

You can see all Vodafone’s plans here.

Trade in* your old Samsung phone, and you can get the Note 9 for £68 a month on EE with nothing to pay upfront. Trade-in phones accepted are the Galaxy S7 Edge, S7, S6 Edge Plus, S6 Edge, S6 or Note 4.

That gets you a whopping 60GB of data a month (for the price of 20GB), plus unlimited calls and texts. It also gives you the BT Sport app for 24 months and inclusive roaming in 50 locations around the world.

EE is also stocking the Galaxy Watch, which was announced alongside the Note 9.

O2’s prices start at £64 a month with £49 to pay upfront (you can pay less a month, but the upfront fee soon skyrockets). That gets you 8GB of data, plus unlimited calls and texts. It’s also offering double data on 4GB, 15GB and 25GB tariffs.

With O2, customers can move to a higher or lower tariff every month depending on how much data they think they’ll use.

The Galaxy Watch will also be coming to O2 “in the coming weeks”.

VM’s prices start at £37 a month with nothing to pay upfront. That gets you 1000 minutes, unlimited texts and 1GB of data.

Big data user? Opt for the Truly Unlimited plan, which offers unlimited calls and texts and unlimited data for £56 a month and no upfront fee. Though it’s only available to Virgin TV and broadband customers. 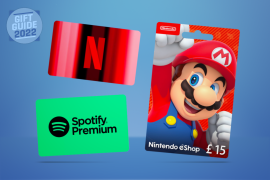