But as humans and social media run on very different lifespans, the question persists: what happens to your online presence when your die? Do you turn your facebook page into a memorial site? Arrange for your Twitter account to be deleted? Hope that family members will wipe your browsing history?

Setting the ethics of virtual life-after-death aside (because otherwise we’ll be here all night), there’s a market developing for the ways a person can prep their web legacy for the event of their untimely demise. Here are five odd, entertaining, and downright creepy websites and apps dedicated to helping you maintain an online presence after popping your clogs.

READ MORE: How graphene gadgets will take us back in time

Official Line: ‘Delivering your words when they need them most’

Are you that person who always has to have the last word? Well, you’re in luck – because nowadays, apps that release ‘farewell’ messages in the event of your demise are ten a penny. To Loved Ones is a letter website which has an edge – it allows users to plan far into the future for their letter delivery date.

You could write letters for your best friend’s birthday, or the arrival of your first grandchild. In the event of your death, the website will handle the delivery of your letters. Upon enrolling, the site asks for your date of birth and social security number. With this info, To Loved Ones claims it can track your date of death with ‘95% accuracy’ (although I did spot an ‘I’m Not Dead’ button on the FAQ page). Thus, you can rest easy, safe in the knowledge that you can freak out your nearest and dearest by dropping them a line whenever they least expect it.

Basic membership guarantees an annual record-scan for your death, with the first letter costing US$15, and US$10 for every subsequent missive.

Official Line: ‘What will you leave behind?’

Since Facebook was founded in 2004, more than 300,000 of its users have kicked the bucket. Curently the website has an option for your profile to be turned into a memorial page, but if you fancy making more of a ‘scene’, there’s an app for that.

IfIDie is the Facebook app for your last words. Users record their last missives on a webcam, selecting trustees to report their death. If you die, your last message video (which can be up to three minutes long) will be published on your Facebook wall.

The app’s ‘adorable’ animated ad suggests you leave ‘a big farewell, a favourite joke, a long-kept secret’… It’s cute, but definitely lacks the spontaneity of “either this wallpaper goes or I do.”

If you don’t fancy your last words being made available to your 500+ strong list of ‘friends’, you can upgrade to a personal account which will let you send private messages. But if a public finale is exactly up your street, the app also boasts a special add-on called IfIDie1st, which promises a ‘once in a deathtime chance to world fame’.

The first IfIDie1st user to kick the bucket will achieve ‘immortality’ by having their final message published on Mashable, as well as several international news channels. So far the app has 240,928 registered users. Just make sure you’re uploading an appropriate heartfelt sentiment, as opposed to that failed X-Factor audition tape.

Inspired by Black Mirror episode ‘Be Right Back’, LivesOn was launched in 2013.

It’s a harmless-looking AI app that, once you’ve granted it access to your Twitter feed, begins observing and mimicking your tweeting habits. Initially these are just a hodgepodge of your own tweets, mashed together in a nonsensical format: "I wasn’t going to be carried inside. I’m an owner, not a butler. #EmilyPBurt @_LivesOn."

But beyond parroting your tweets back at you, the LivesOn feed keeps tabs on the sort of websites you enjoy visiting, your turn of phrase, and the hashtags you use. With this info, over time, the app begins generating coherent imitation tweets. The idea is that (having interacted with the app for many years) when a user eventually shuffles loose the mortal coil, a trustee will then be given the option of sending their LivesOn feed ‘live’. Your AI self will then be able to tweet on your behalf, to your friends, family, and generally into the void, forever.

The app currently has 500 beta participents, and is undergoing further development. Are you feeling creeped out yet? You should be. #TweetbeyondtheGrave.

As eternity websites go, AfterNote is pretty tame. It’s a Facebook for the afterlife: an online database where you can preserve stories, pictures and videos. You can also write up bucket lists, make arrangements for your funeral (isn’t funeral music one of those odd things that everyone seems to have an opinion on?), and organise your ‘digital legacy’ by detailing which social media profiles you’d like preserved or deleted.

This is actually a very useful tool; and it’s an aspect many of these Modern Immortal websites are missing. The help page has an index that details what action each of the main social media websites will take in the event of your death, unless otherwise specified. All in all, AfterNote is probably one of the best websites out there in terms of usefulness over gimmick.

It’s worth noting that for the app to work, users will need a trustee, who is also required to hold an account. It’ll be the trustee’s job to carry out the deceased’s wishes at their discretion – although AfterNote reminds users that any requests or wishes they post on the website will not be considered legally binding: so don’t go burning your last Will and Testament in favour of it.

Top marks for creepiness in the eternity game go to LifeNaut.

An American website launched in 2010, LifeNaut claims it is ‘in it for the long game’. Quite right too, as it holds some pretty lofty ambitions. Upon signing up to the site, users create an online avatar, and are encouraged to upload photos, stories, plans, and memories. This information is saved in what LifeNaut calls a ‘MindFile’. So far so average. But wait – they also give users the option to create a BioFile.

To sign up for a BioFile, LifeNaut sends users a little package of mouthwash, to gargle and return at their lesiure. Then, they extract a sample of your DNA and cryogenically freeze it to keep it preserved until such a time as human cloning might become a reality. At which point they raise a copy of you from the grave using your BioFile, and download your MindFile on to the replicant, ‘enabling you to live on indefinitely’. Obviously.

The website suggests a donation of around the US$400 mark for this pleasure, to cover the costs of their cryogenic equipment or something. Yes it’s is a real thing. LifeNaut are deeply committed to taking our posthumous presence to the next level, and are always looking for new MindFile volunteers. Either that, or they’re just collecting used mouthwash samples for the hell of it. Which in itself raises a few questions. Either way, the afterlife is here: and it’s tasting minty fresh. 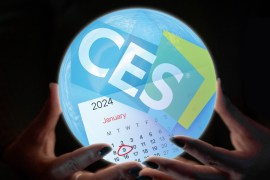 What is Mastodon? All you need to know to switch from Twitter

Not keen on a whiff of Musk? Get your microblog on with Mastodon instead 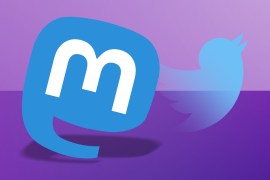