It’s a question we get asked every now and then, and it’s an important one. Because let’s be honest, forcing a friend to use one of the bad cheap phones floating around right now is a fate worse than having them organise your stag do.

Vodafone has tried hard – really hard – to make the Smart N8 the cheapest good phone around. And the results are mostly impressive.

You get advanced features like a fingerprint scanner for a little over half the price of a Moto G5, and it looks better than most Vodafone’s previous efforts too. There are just a few bits that hold it back, like an annoyingly slow camera, sluggish performance and a speaker that sounds only slightly better than a bluebottle flying around your head.

Design: Playing to the cheap seats

The Smart N8 is, like almost all Vodafone handsets to date, pretty simple. It’s an all-plastic affair, aside from the glass that covers its screen and camera, and the buttons on its side. They’re made from metal, which is a nice little extra.

It still manages to look a lot better than other bargain basement phones, though.

There’s usually an obvious tell in phones like this: an outline that looks cribbed from a back-of-a-napkin sketch, an unsophisticated brick-like shape or a camera design that could have been ripped off a toy phone. There’s none of that in the Smart N8. It’s not flashy, but it’s smart enough, and doesn’t have the ultra-boring “bare plaster” grey finish of some of its uncles.

The headline feature here is the fingerprint scanner on the back, something you normally only see in phones around twice the price. A sign of quite how mature scanners in phones are these days, this one works remarkably well. Just put your digit on the recessed panel and the Smart N8 unlocks in under a second: quick and reliable. It takes just over a second if you’re starting from standby.

Part of the praise needs to go to TCL here. One of those giant hidden names in tech, this is the company behind loads of OEM phones from companies that don’t make tens of millions of phones a year. Vodafone designed the Smart N8, TCL makes it.

The Smart N8 seems fairly well-made too. Pop the back off and you’ll see the locked-in battery, and the more-or-less one piece design. This doesn’t make the phone waterproof, but does mean there aren’t any exposed battery contacts to short circuit the little guy at the first whiff of rain.

Unless you want to roll the dice on one of the many murky Chinese brands you can import online, you won’t find a more ‘complete’ phone at the price.

A couple of years ago, the Smart N8’s 5in, 720p IPS LCD screen was the gold standard for budget phones. Nowadays it’s bronze at best, but still gets you about 75% of the goodness of a high-end phone at a fraction of the cost.

Colour is good enough, if a little unsubtle, and there’s an ambient light sensor that controls the backlight level automatically when you nip out on a bright and sunny day to buy some toilet paper. Don’t let anyone say you don’t know how to live.

Apply a more critical approach and you’ll find some shortcomings, of course. At an angle there’s a good amount of brightness loss and some colour shift (something you won’t see much of in the Moto G5), but in normal use it looks good.

Top brightness is only decent too, though. It can handle bright days, but only just. Still, the display has the 80% result for 20% effort thing nailed.

Vodafone’s budget mobiles also have some of the best software going among ultra-cheap phones. The bad bits include, predictably, being locked to Vodafone and some preinstalled Vodafone apps you can’t purge. However, other than that, the Smart N8’s operating system is very close to vanilla Android.

It’s clean, clear and minimal, and you get a pretty up-to-date 7.0 version of Android. That means Google’s redesigned notifications system is here, as is the more advanced Google Now assistant.

Vodafone tends to update its phones fairly regularly compared with some budget mobiles, but even if a jump to Android 8.0 or even 7.1 never comes, it’ll be a while before the Vodafone N8’s software seems musty.

There’s even quite a lot of room on the phone for apps and games. The Vodafone N8 has 16GB storage, leaving over 10GB free. Anything less would feel pretty restrictive given one step down is just 8GB, but once again you get the sort of hardware you might see in a phone twice the price. There’s also a microSD card slot if your Spotify download habit will eat up 10GB in no time.

Speed is what the Smart N8 lacks, although we have to hand it to Vodafone: it’s not painful to use like some ultra-budget phones. For example, there’s no major lag as you tap out a URL in Chrome, but sometimes there’s a noticeable delay before the keyboard actually appears.

Similarly, apps are often a little slow to load if you’ve not just used them, which is when they stick in the phone’s RAM — meaning they’re really just waiting in the wings, ready to go. There’s no getting around it, phones like the Moto G5 and Sony Xperia XA1 feel faster. But they’re also a lot more expensive.

This is a head-scratcher you’ll have to work out for yourself. The Smart N8 isn’t so slow it’s a chore to use, putting you off actually using the phone some of the time – but the compromise is real.

There’s some of this when gaming too. Boot up Gameloft racer Asphalt 8 and it’ll auto-switch to the highest graphics setting. Played like this, though, the frame rate is noticeably low. This is a little disappointing when the 720p screen shouldn’t in theory be too hard to drive for a good quad-core CPU.

Switch down to Medium graphics and the game runs very well, though. Sure, the track starts to look a bit blurry just beyond your car, but isn’t the £70-80 saving worth it? Again, that’s one for you to weigh up.

At £85 it’s no great surprise the N8 scrapes by with the minimum needed for performance that won’t make you want to put the phone in an oven. It scores 1529 in Geekbench 4, which is a pretty good result for a low-end quad-core mobile.

Given the Smart N8’s aim is to be the cheapest phone around with features like a fingerprint scanner, it’s no surprise the battery life is simply standard rather than impressive.

The 2400mAh battery locked into its casing will get you through a full day’s use, as long as you don’t go too crazy with YouTube streaming, but if you don’t charge overnight you’ll regret it by lunchtime.

A 90-minute movie at indoor brightness levels takes 17% off the battery, suggesting it’ll last for around 9.5 hours from a full charge. Again, it’s not brilliant but isn’t bad enough to put the budget fiends off.

There’s no fast charging, and the Smart N8 uses a microUSB charger rather than the newer USB-C type, but we’re not quite at a place where can complain about these extras at £85 just yet. Give it a year.

One part of the performance puzzle that almost certainly could be better, though, is the camera. The app is slow to load, shooting normal photos feels a little laggy and HDR shots are very slow to take indeed.

This is an area where the specs are in place, but the optimisation of your actual experience isn’t. After all, the Smart N8 has a 13-megapixel main camera, which is great at the price. The Moto E4 is more expensive and makes do with 8 megapixels.

There are better 13-megapixel camera phones around, but with a bit of effort and know-how you can squeeze some good shots out of the Smart N8. For example, you’ll need to use the HDR mode if you’re in tricky lighting, as otherwise you’ll often get under or overexposed shots.

You need to be careful about exactly where you prod to focus, as that’ll also affect exposure and the Smart N8 doesn’t have the smarts to balance brightness levels or the dynamic range to let you fiddle with the shot much after the fact. Night shots are predictably poor too, ending up very dark, and it’s best to give the camera lens a wipe down often because it seems to be much more susceptible to grease and smearing than most. Sapphire crystal it ain’t.

As with the general performance, the £150 crowd will get you better results, but we’re happy with the results you can get when you learn the Smart N8’s foibles.

Around the front there’s a 5-megapixel with an LED flash. However, it’s pretty unremarkable. Most of our selfies came out soft, low on detail, particularly indoors shots. The flash helps out a bit in very dark conditions, but it’s not very flattering as it has a very cool tone, making you look a bit pale.

The Smart N8 does its job admirably. Here’s a phone that costs well under £100, but seems quite like some that are £150 or more. It’s also better-looking than most of the bargain bin phones Vodafone has stamped its name on to date.

There are a few significant compromises, though, so you’ll need to bash your bargain hunter’s drive against the desire for hot hardware like a pair of toy trains to see which survives. This isn’t a terribly fast phone, and while that doesn’t manifest in ways that’ll make you miss your Nokia 3310, the pauses aren’t imaginary. The camera is slow, too.

So this isn’t a perfect phone, but its sheer value is through the roof. It looks surprisingly good, the screen is decent for the money, there’s enough storage to live with and, with a bit of effort, you can even take some half-decent photos.

A bit slow in parts, but in a world of rising prices the Smart N8 is a shining beacon of a bargain 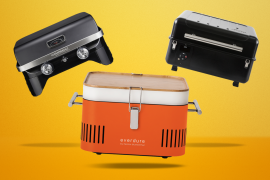