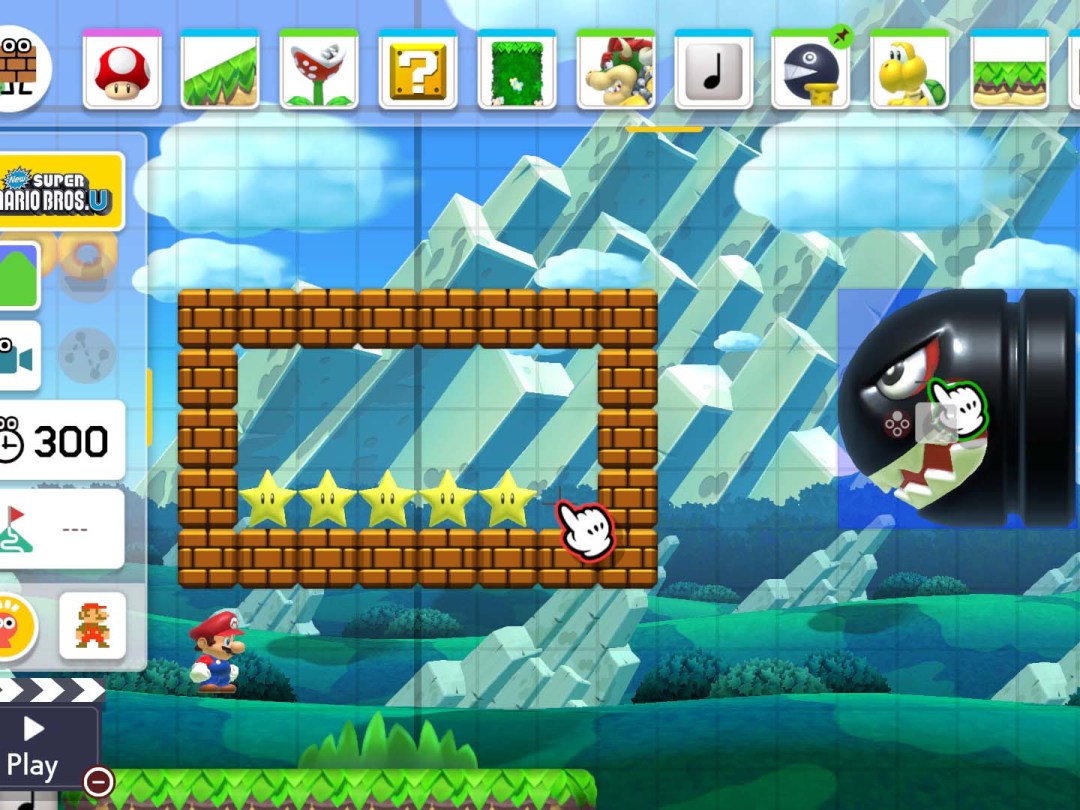 For a company famously protective over its IPs, the original Super Mario Maker was something of a bold move from Nintendo.

The game presented players with a toolbox all the components (and Goombas) you could possibly need to create a classic 2D side-scrolling Mario level, and essentially challenged them to do a better job than the company’s own design wizards.

And what a masterstroke it proved to be. You only have to spend a few minutes on YouTube to get a taste of what the more dedicated members of the game’s online community have been able to come up with, even if getting to the gold requires you to sift through a fair few nightmare-inducing monstrosities in the process.

After the critical success of the Wii U title and subsequent 3DS port, a Switch sequel, considering the hybrid console’s ever-growing playerbase, was inevitable. And while we’ll need to wait and see what budding Mario Makers worldwide come up with before declaring it the best of the bunch, a generous helping of new features and a story mode (of sorts) help Super Mario Mario Maker 2 off to a very good start.

Build it and they will come

If Super Mario Maker 2 is your first experience of the series, you’d be wise to make your way through the game’s numerous tutorials first, narrated once again by a friendly pigeon named Yamamura. It’s Nintendo – don’t ask. Unlike Super Mario Maker, which drip fed you new building tools as you played, the sequel gives you nearly everything from the off. The possibilities are endless, and a bit dizzying.

Once you’re up and running (or jumping), though, the game’s brilliantly intuitive user interface makes it very easy to get making. While the 3DS’s stylus might have won on precision, the Switch’s touchscreen is just as easy to get to grips with.

You use one finger to select and place the item, enemy, terrain or gizmo you want to work with, and two to move around the level, with shortcuts for copying and erasing mapped to the triggers. With the Switch docked you have the option to use either a controller or the Joy-Cons, but I tend to stick with handheld for building.

Across the top of the screen you’ll see your most or recently used assets, with the rest accessible by tapping the magnifying glass in the top-right corner. The bar on the left is where you’ll select your game style, theme, completion time and any clear conditions, with the latter new to Super Mario Maker 2. You might require the player to finish the level without taking damage, or only after escorting a Koopa Shell, adding another layer of challenge.

Other additions include the Super Mario 3D World game style, which allows you to design levels based around the Cat Mario power-up, as well as sloped terrain(!) and a host of new themes and items. You can also add music and sound effects to your creations. I didn’t know being rewarded with the strum of an electric guitar each time I green shell a Piranha Plant was important to me until now.

With so much variety, you’re really only limited by your imagination. I started off making fairly traditional Goomba stompathons, but soon had poor old Luigi performing death-defying leaps between swinging claws, with homing Bullet Bills in constant pursuit. On another level I put a pair of Bowsers in flying clown cars directly in front of the finish line. And in Super Mario Maker 2, this is all pretty tame.

Nintendo knows that not everyone will be patient enough to master the art of building, so has included over 100 of its own levels in Story Mode.

Mario and a gang of hard hat-wearing Toads are tasked with rebuilding Peach’s castle, which requires the plumber to collect coins by completing levels, each given a star rating for difficulty.

These aren’t the fully-fledged courses you’d expect to find in a full-fat 2D Mario adventure. Rather, they’re miniature levels usually built around a central mechanic or item. An early desert level is littered with twisters that fling you into the air, while in another, Taskmaster Toad asks you to help test a movie set by dashing past killer ants, gaining speed boosts from wall-mounted trampolines much like a certain blue hedgehog might.

Difficulty ramps up as you progress through the story, but you can drop in power-ups or call Luigi to cheat your way to victory if you‘re seeing too many game over screens. And while fun factor varies greatly along the way, learning from the masters is the best way to get inspiration for your own levels.

At the time of writing Course World is a bit of an unknown quantity. This is where you can upload your own levels and play those created by people all over the world, provided you subscribe to Nintendo’s online service.

It could become a thriving hub of the weird and wonderful, giving Super Mario Maker 2 near infinite replayability and leaving its developer wondering if it needs to bother making a new one of these things ever again. Or, it could quickly become so clogged with nonsense that you quickly lose interest and look elsewhere for your platforming kicks. Here’s hoping for the former.

What I can say is that already is that, even before the wider community gets its hands on the game, there are plenty of ingenious levels to play through, many of them so left-field of anything Nintendo would do that they almost feel like video games as punk rock. I can see myself hopping in at least a couple of times a week to see what wannabe Ninty job pinchers have come up with.

From the main menu you can browse popular levels and recent uploads, as well as toggle filters if you’re looking for a particular type of course. There’s also Endless Challenge, which has you clearing as many consecutive levels as you can before running out of lives. And if all that wasn’t enough, the game offers multiplayer versus and co-op up to four players, both locally and online. You’re getting a lot of Mario here.

Time will tell if Super Mario Maker 2 becomes the bottomless treasure trove of Mario goodness that it has the potential to be. Nintendo has put the building blocks (and Yoshi Eggs, Propeller Mushrooms, Thwomps, Hammer Bros, Spike Pillars and Seesaws) in place. Now it’s up to the community to get making.

And even if, like this writer, you quickly realise you’re not the brilliantly inventive level designer you always hoped you would be, a combination of the plentiful bitesized story levels and pic ‘n’ mix thrills of Course World make this another must-have for your Switch library.

We’re only at the beginning of Super Mario Maker 2’s life, but already one of Nintendo’s smartest ideas in years feels at home on the Switch

Course World could and probably will be brilliant

Story mode is hit and miss

Can be a bit overwhelming for new players