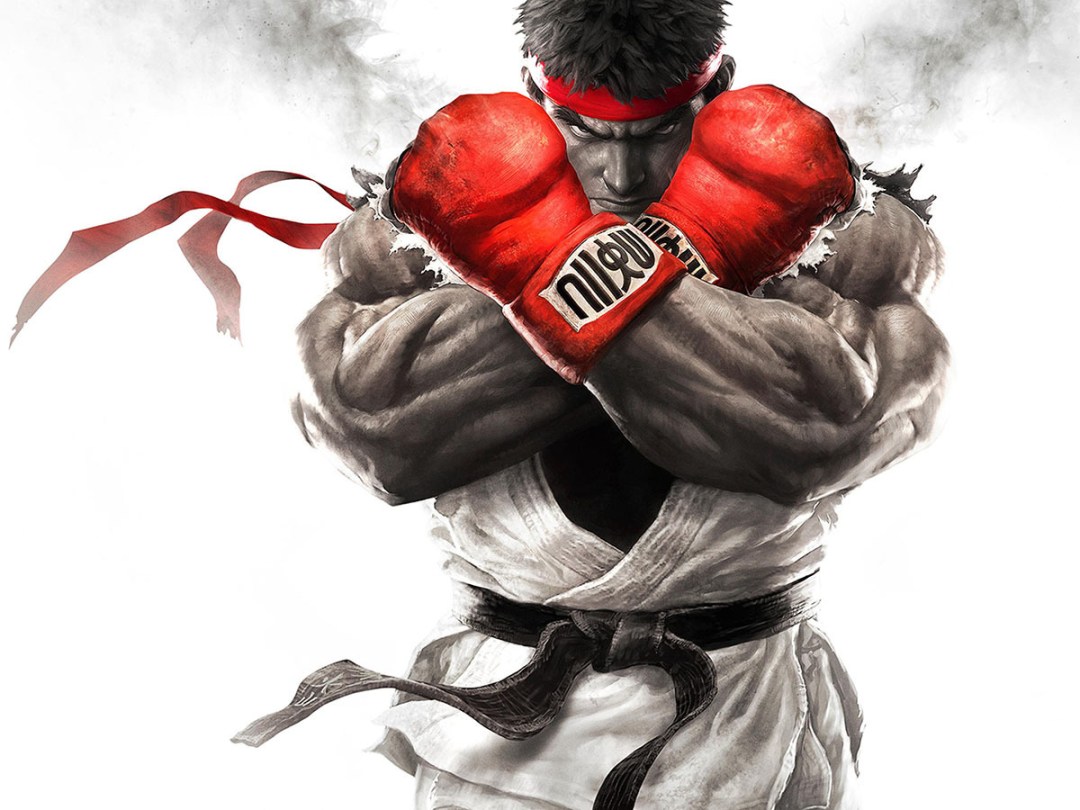 Street Fighter has been the pinnacle of fighting games ever since it drew up the blueprint for the genre back in the ’80s, and that looks set to continue with V.

The latest addition to the series isn’t a complete reboot in the vain of 3rd Strike, but doesn’t have the overflowing roster and frame perfect execution of Street Fighter IV, either; it’s somewhere in the middle.

New mechanics mean that anyone raised on quarter circle inputs and hadoukens will have plenty to learn, but a streamlined 16 character line-up makes it the perfect entry for fighting game scrubs and button mashers too.

Capcom hasn’t played it safe with the character roster. Half the cast is made up of brand new fighters, or those returning after a long break from active duty.

Newcomers Rashid and Laura have a mixture of grapples and projectiles, but it’s the poison-spewing F.A.N.G. that shows Capcom isn’t afraid to change the traditional Street Fighter formula. Once he lands a hit, you’ll continuously drain health until you sock him back.

The addition of some old favourites will keep Alpha 3 fans happy: British biker punk Birdie has piled on the pounds since he last showed up, and sonic boom-chucking soldier Charlie Nash has been brought back from the dead with a very Frankenstein-esque new look.

Several Street Fighter staples have been given an overhaul too. Yoga master Dhalsim used to keep his opponents at long range, but now he’s got the combos and damage to get up close and personal as well.

Familiar faces Ryu and Chun-li play a lot like their previous incarnations, but new system mechanics mean Street Fighter IV fans will still need to mix up their play style.

Street Fighter IV‘s Ultra meter has been ditched in favour of V-trigger, offensive moves that can only be pulled off once you’ve filled your V-gauge. Each character also has a unique V-skill defensive ability, which can be thrown out at any time.

It all sounds a bit V-confusing, but after a few rounds it starts to click into place.

Focus attacks are long gone, too, so there’s no way to cancel that unsafe uppercut if your opponent blocks it. You’ve got to commit to each attack, even if missing it will leave you vulnerable.

Land a few successful hits, though, and each round can be over in seconds. Every attack hits hard, and a stun is never far away. The stun gauge returns from Third Strike, showing how many more attacks before your opponent will be seeing stars. Make them dizzy and they’re vulnerable to a screen-filling Critical Art attack.

It helps to know your shoryukens from your spinning piledrivers, but Street Fighter V has lowered the barrier for entry with more lenient inputs and shorter combos. It’s just a shame that away from training mode, you’re basically on your own when it comes to learning how to play.

If you’re coming into Street Fighter V as a solo player, you’re going to be disappointed, as the barebones story mode is amazingly short. Characters have three or four fights each, with hand-drawn cut-scenes joining them together.

Capcom has gone for a colourful and stylised look that you’ll either love or hate; I think it makes some characters look a bit goofy, but at least the voiceovers are spot on. You’ll blaze through each story in under ten minutes, and with no difficulty settings, it’ll be a piece of cake for anyone that can throw a fireball.

The Survival mode takes things up a notch, with a series of 10, 30, 50 or 99 progressively harder fights to slog through. You’re scored after each win, with points unlocking bonuses like health recovery, extra damage or better defence. You can even double down and put yourself at a disadvantage in the next fight to get a bigger payoff if you win.

Complete the gauntlet and you’ll unlock extra costume colours for your character. That’s it, though. There are no car-crushing bonus stages, no World Tour or Dramatic Battle à la Alpha 3, and there’s not even a trials mode to help you learn each character.

Capcom has big plans for downloadable content, so while it might not look like there’s much to do now, there’s plenty to look forward to in the coming months – including a full-blown story mode. It’s promising to be bigger than any other Street Fighter to date, and might even give Mortal Kombat X a run for its money when it turns up in the summer.

New characters will be added on an almost monthly basis, with six confirmed so far. Third Strike star Alex will arrive in March, with Guile, Balrog, Juri, Ibuki and Urien set to follow later in the year. Trials and challenge modes are also coming in March, to help get your combos up to scratch.

Capcom could have delayed the launch until all these extras were ready, but it would have meant Street Fighter V would have missed a full season of global tournaments and events. With event organisers, sponsors and Twitch broadcast viewers to think about, Capcom had to pull the trigger now and support the game with DLC.

At least players aren’t getting shafted with expensive post-release plans. Everything can be unlocked using in-game currency, which you earn at a rapid pace. Completing character storylines, beating Survival mode, and winning online against other players all unlock Fight Money.

With a month to go until the first DLC drop, you can be pretty confident you’ll have earned enough in-game cash that you won’t need to open your wallet.

RELATED › If you like your fighting games bloody, try Mortal Kombat X

Take it to the streets

To start making serious coin, you’ll have to take on challengers online. Multiplayer has been Street Fighter’s bread-and-butter for years, and the new league ranking system will help split up players so you aren’t getting destroyed by more skilled opponents.

PC and PS4 players can fight each other for the first time, and for the most part, the netcode – which synchronises you with your opponent – has never been better. My online matches have largely been smooth as butter, with no lag between attacks or unwanted disconnections.

Once in a while, though, you’ll get a terrible connection, with characters warping across the screen as the game eats your inputs. It’s seriously frustrating, and there’s nothing you can do about it.

The game doesn’t include a system for reporting and blocking players who (intentionally or otherwise) play with poor connections, and that seems a big omission for a game whose long-term appeal rests a great deal on the fairness of its online matches. Fingers crossed this is something Capcom addresses early on in the game’s life.

It can be annoying at times, sure, but the feeling you get from outsmarting your opponents, the one that’s kept me playing Street Fighter games for over a decade, has only grown stronger here.

Long-time Street Fighter fans will love the new mechanics, which put an end to cheap, overpowered characters, but the wider window for button inputs means you don’t need Daigo-like execution to do well online. The streamlined cast is also far easier for new players to get to grips with than Street Fighter IV’s bloated roster.

Street Fighter V is fantastic fun right now, and it’s shaping up to be the best game in the series since Third Strike. Don’t agree with me? Best of three – bring it on!

RELATED › The 10 best PS4 games in the world right now

Trimmed and simplified for beginners