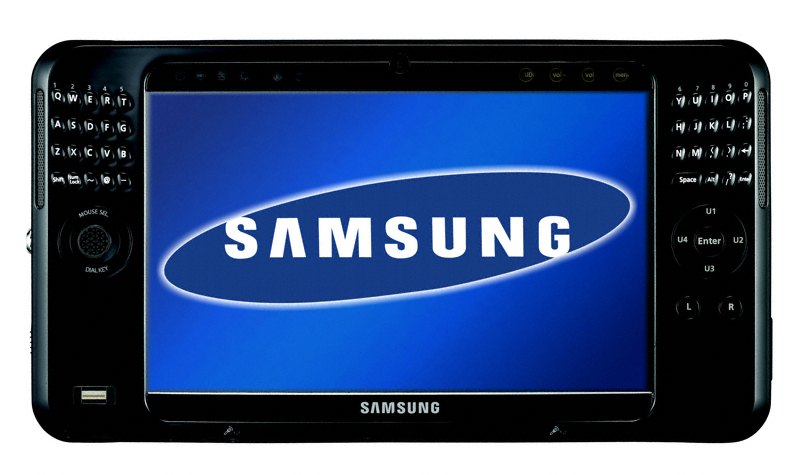 If Bill Gates has his way, Samsung’s Q1 will be your next computer. After more than half a century of computing, the next great leap forward is a Windows-powered tablet with a teeny seven-inch screen and no keyboard.

On the bright side, you do get Windows XP Tablet Edition – replete with the brilliant note-taking Windows Journal – and an OK bunch of specs that include a 40GB hard drive, Bluetooth and Wi-Fi. But will it win over this nagging gadget cynic?

One of the Q1’s miracles of miniaturisation is the sheer number of connections with which Samsung has festooned the thing. In addition to a pair of USB ports – one each side – there’s a 3.5mm headphone jack, Ethernet socket and proprietary TV-out.

Arguably, the most useful two are a Compact Flash slot for offloading digicam photos and VGA output so you can pipe in a normal desktop monitor. We’d have liked DVI but we bear life’s hardships stoically.

We’ll cut to the chase. This so-called go-anywhere tablet is pretty heavy and would make a fine murder weapon. Maybe it’s because I’m a weak metrosexual sissy but 779g is certainly a good deal weightier than your average clipboard.

More to the point, an ultraportable laptop such as Sony’s old X505 weighs little more than a Mars Bar extra and comes with a full, physical QWERTY keyboard.

The Q1 is solidly built and comfy to hold, although the power slot sits exactly where your right hand naturally falls.

There are two good reasons you’d want a touchscreen: 1) browsing the web by finger-tapping links and prodding buttons with the stylus is a pretty intuitive way to surf; 2) digital handwritten notes make for easy searching, rather than shuffling through scraps of paper in your pockets.

However, the Q1’s touchscreen recognises both the stylus and your digits so if you rest the ball of your hand on the screen when writing, it creates a splodge of digital ‘ink’. Also the vast majority of the software – IE, Word and so forth – isn’t designed for touchscreen.

The Q1 will take most tasks in its stride: Office, basic Photoshop, Skype (each side of the display has a built-in mic, so you can use it as a phone), media playback and web stuff are handled well.

But games, even oldies such as Command & Conquer Generals, cause problems. And the screen’s 800×480 res, which isn’t great for today’s super-wide websites.

Sadly, there’s no TV tuner, but you can load up the 40GB drive with TV and film. The screen’s good, there’s a touchscreen skin of Windows Media Player, which’ll support most formats and it has AVS, an ‘instant-on’ mode that loads a music and vid player in less than 10 seconds.

You can hold the Q1 in two hands and tap the screen to surf so it doesn’t need a desk and is thus usable in bed or on the bus. The lack of keyboard is maddening, though, because most of the web’s navigated by search.

When UMPCs were initially hyped, it was assumed they’d pack astounding new tech to push battery life to a day’s work. In reality, the Q1 manages just 3.5 hours on minimum brightness and 2.5 hours on max.