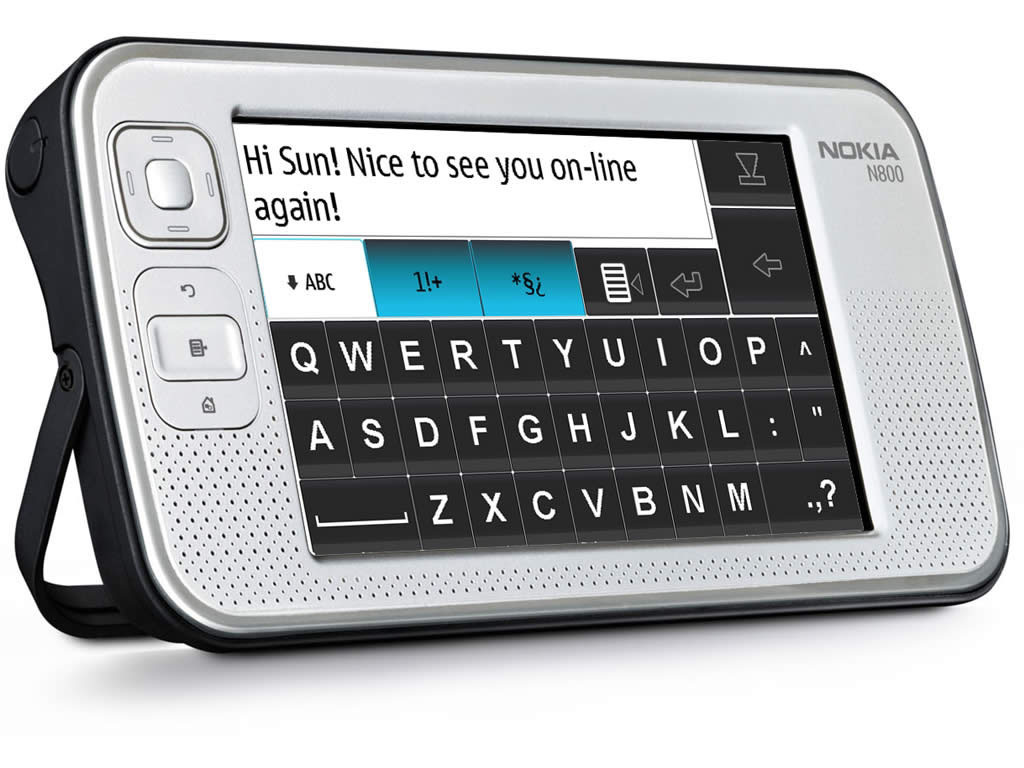 Firstly, let’s get one thing straight: the N800 is not a mobile phone. Despite the Nokia branding and sleek silver finish there is no SIM card, you can’t make calls (not in the conventional way anyway, more on that later) and there’s no text messaging. This portable puppy is all about the web, baby.

Beneath that razor-sharp 4in, 800×480 touchscreen is a Wi-Fi chip. Hooking up to a hotspot is a case of simply searching for a connection and tapping the one you want to connect to. Save it to your favourites and the N800 will hop on automatically whenever it’s in range and should you lose your connection, it’ll piggyback on a phone’s 3G connection via Bluetooth. One month’s free trial with The Cloud is also bundled in the box, to help test out your browsing buddy’s on the road powers.

The joy of Opera

As it happens, surfing is a pretty joyous experience. You can zoom in and out of pages with the Opera browser, and it’s quick and intuitive. Obviously, the 320Mhz processor and 128MB of RAM mean it’s not as quick as a UMPC. Some graphics-heavy sites were painfully slow to load and it also coughed and wheezed with YouTube videos. The browser doesn’t support Google Docs either, so you can’t turn it into an impromptu word processor.

Squirreled away in one side is the stylus, while the other houses the new pop-out webcam. Quality obviously isn’t up to much (it’s only VGA) but it does mean you can use Google Talk to hold video conferencing calls over VoIP. Skype support isn’t on-board yet, but is expected by the summer.

The brains come from two SD slots: one underneath the battery and one on the bottom behind the kickstand. Whack in a couple of hungry cards and you’ve got yourself a fully functioning PMP. The 4in screen is perfect for movies and there’s even a 3.5mm headphone jack for plugging in your Sennheisers.

With all those functions and the massive viewer, you’d be excused for thinking the N800 would run out of puff after a matter of minutes. Actually, you’ll get about three hours of prolonged use out of it. But our biggest concern is exactly who will buy one, especially at such a relatively high price.

Unless you spend a lot of time in Starbucks leeching the free Wi-Fi there’s only so much use you’ll get from the N800. The addition of a SIM card slot would fix this of course, but the second you contemplate adding one, it changes the N800 from a nifty if slightly gimmicky bit of kit to an inexcusably hefty but fully-loaded smartphone. The result is an expensive but handy net navigator that seems lost in gadget limbo.