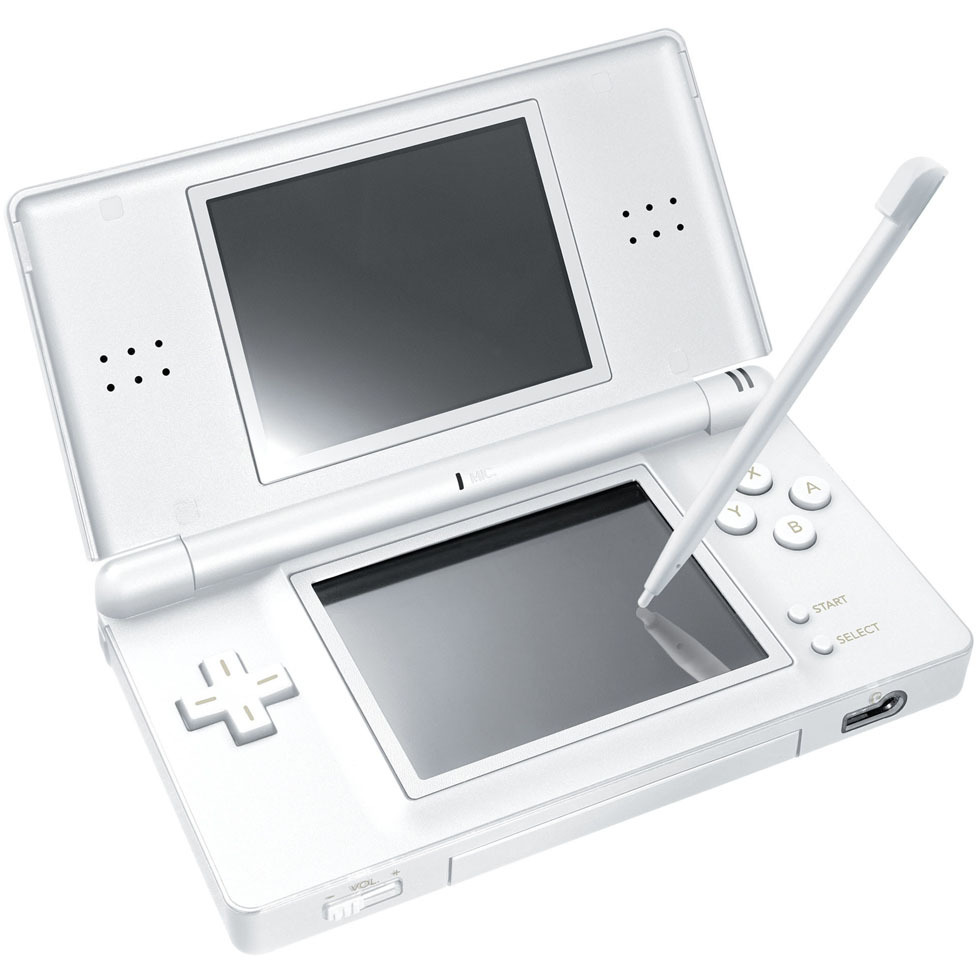 When the Nintendo DS first appeared, we were a little disappointed. Next to its newly born rival, the Sony Playstation Portable, or PSP, it looked like a toy and we were surprised at how a company responsible for the truly iconic Game Boy could be so wayward. Fortunately, we didn’t have to wait long for our fears to be allayed. Nintendo lost no time in releasing the DS Lite. Much smaller, and now in shiny black and white finishes, the DS Lite is a cracking handheld.

At the very core of the DS Lite are the dual screens, now brightened and sharpened compared to the original DS. The lower of the two is a touchscreen, paving the way for innovative gameplay using a finger or the DS stylus. Many games also make great use of the microphone, and it has been moved to a more central position.

The DS Lite is not as powerful as the Sony PSP, but it makes up for it with clever games. Dr Kawashima’s Brain Training, for example, has created an entirely new genre of game in which you challenge your mental faculties with problems and puzzles. Then there are Nintendo stalwarts like Mario, Mario Kart and Metroid Prime. Multiplayer gaming over Wi-Fi adds to the fun, although it can be frustratingly slow-witted at times, especially with online games. Games come on small catridges, but there is a Game Boy Advance slot too, for access to a massive back catalogue of awesome games.

Nor has Nintendo diluted the DS Lite by half-hearted attempts at multimedia or palmtop-style functionality, apart from basic clock and calendar functions. The launch of an internet browser has sparked some interest in this area, however. It uses Opera software, which we have seen used in mobile phones to great effect. In practice, though, the browser is slow, fiddly to use despite two screens and won’t work at all with Flash-based sites. At £25, there’s little to recommend it.