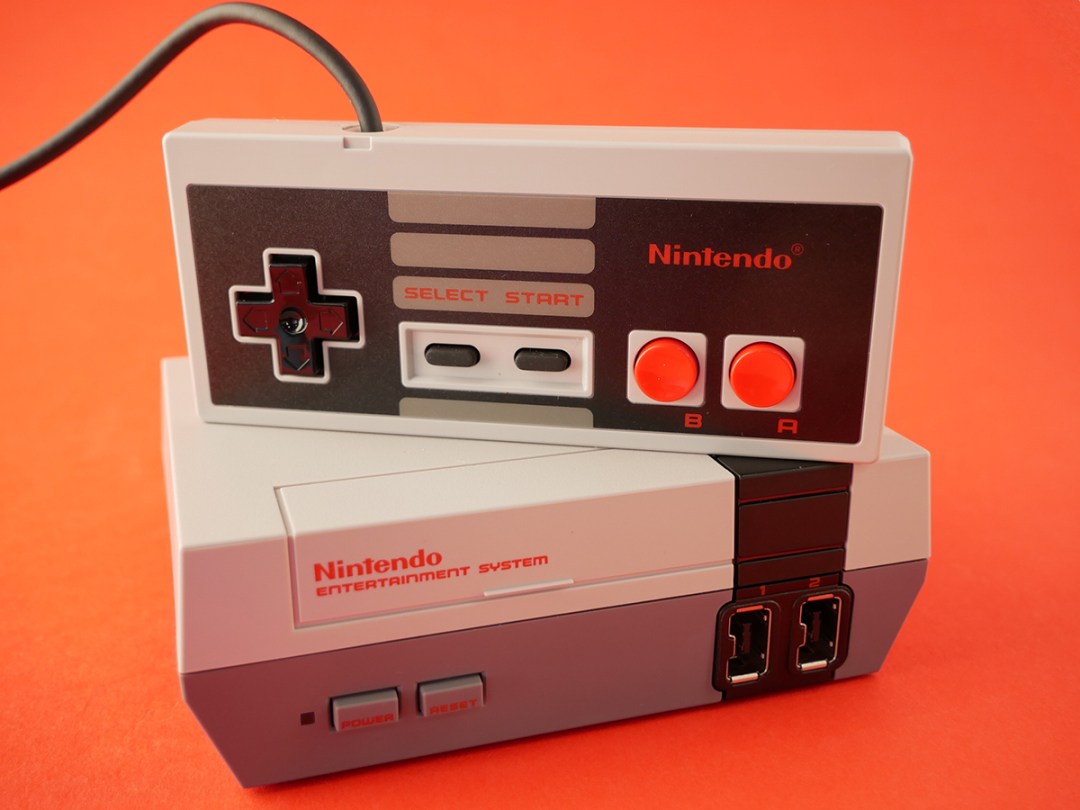 Nintendo’s Classic Mini is a little bundle of joy that costs only £50. If you took a first look at this diddy replica of the 30-year old NES console and thought twice about sticking it at the very top of your Christmas list, then reconsider. This adorable device works pretty much as well as you could hope, and it comes with 30 brilliant games pre-installed for you to play.

Whether you want to reacquaint yourself with Super Mario Bros, Excitebike and the like, or fancy playing those retro gems for the first time, you’re in for a treat. Just bear in mind gaming has moved on quite a bit since the age of these 8-bit creations.

At less than half the size of the original NES, you can easily tuck the thing underneath your TV at home or just plonk it on top of your modern-day console of choice. Unlike an Xbox One S or PlayStation 4 Pro, the Mini has a certain je ne sais quoi that draws admirers to it like flies to a honeypot, or cosplayers to a Comic-Con convention.

The unit looks as though someone left a NES in the wash for too long, only in a good way. Time has been kind to its achingly ’80s grey-grey colour scheme, while the d-pad and A, B, Start and Select buttons that make up the bulk of its controller seem adorably quaint. If you’ve played Shovel Knight and delighted in how much fun can be derived from these limited inputs, then prepare yourself for more of the same. And some sore thumbs when you spend too much time plugged into Punch-Out!!.

The NES Classic Mini originally sold out when it went on sale in November 2016. But if you missed out then, there's good news – Nintendo has said it'll be going back on sale in Europe and the US on 29 June 2018.

It shouldn't be such a scrap to get hold of one this time either – Nintendo reckons it'll remain available throughout the rest of 2018. The only question is whether to go for this diddy NES of or the Classic MIni SNES…

As much as the Classic Mini’s adherence to tradition can stick a great big grin on your face, the 2m controller lead is genuinely annoying and has us wishing for a longer lead or even a wireless alternative. Sitting on the floor in front of the TV was fun enough when you were a kid, but age has taught our sweet cheeks the virtues of a well-cushioned sofa. The Classic Mini forces you to use it as you would do when Phil Collins was in his heyday and shoulder pads were a fashion must-have.