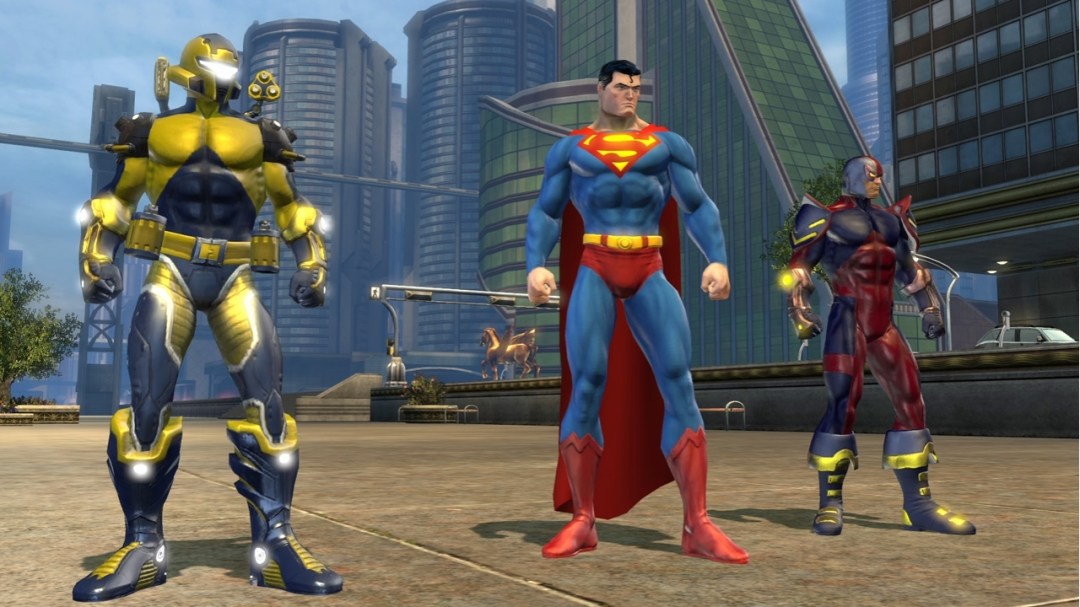 PC owners are spoilt for choice when it comes to massively multiplayer role-playing games, but console gamers can count their options on one hand.

So DC Universe Online is something of a rarity: a massively multiplayer game designed with the PlayStation 3 owner in mind.

The upshot of this is largely seen in how the game handles combat.

Instead of the automated, point-and-click battling of PC RPGs, Sony’s build-your-own-superhero game serves up action inspired by the combos of fighting games.

The result is more Devil May Cry than World of Warcraft, an approach reflected in the levelling-up process, where new levels pave the way for new combos.

But while the buzz of its combat sets it apart, DC Universe Online doesn’t jettison all online role-playing traditions.

As is the case with World of Warcraft, the game revolves around carrying out pre-designed missions that tend to be variations on collecting and killing.

Ignore the missions and there’s little to do beyond exploring the impressive and sprawling recreations of locations such as Metropolis and Gotham City.

But while the missions provide direction at the expense of freedom, that never did World of Warcraft any harm, and the occasional encounters with famous DC Comics characters help enliven the proceedings.

There’s also a good choice of alternative game modes, including a player-versus-player option where you play as DC’s big-name heroes and villains.

The only real bugbear at this stage is the installation process, which drags on for at least an hour.

But as with any game of this type, it’s the long-term that matters.

Will the missions provide enough variety to remain compelling for months? And will the social side blossom and thereby bring a further dimension to the fun?

No-one yet knows, but one week in the signs are positive.

An impressive start for a game that promised a lot and has largely delivered.