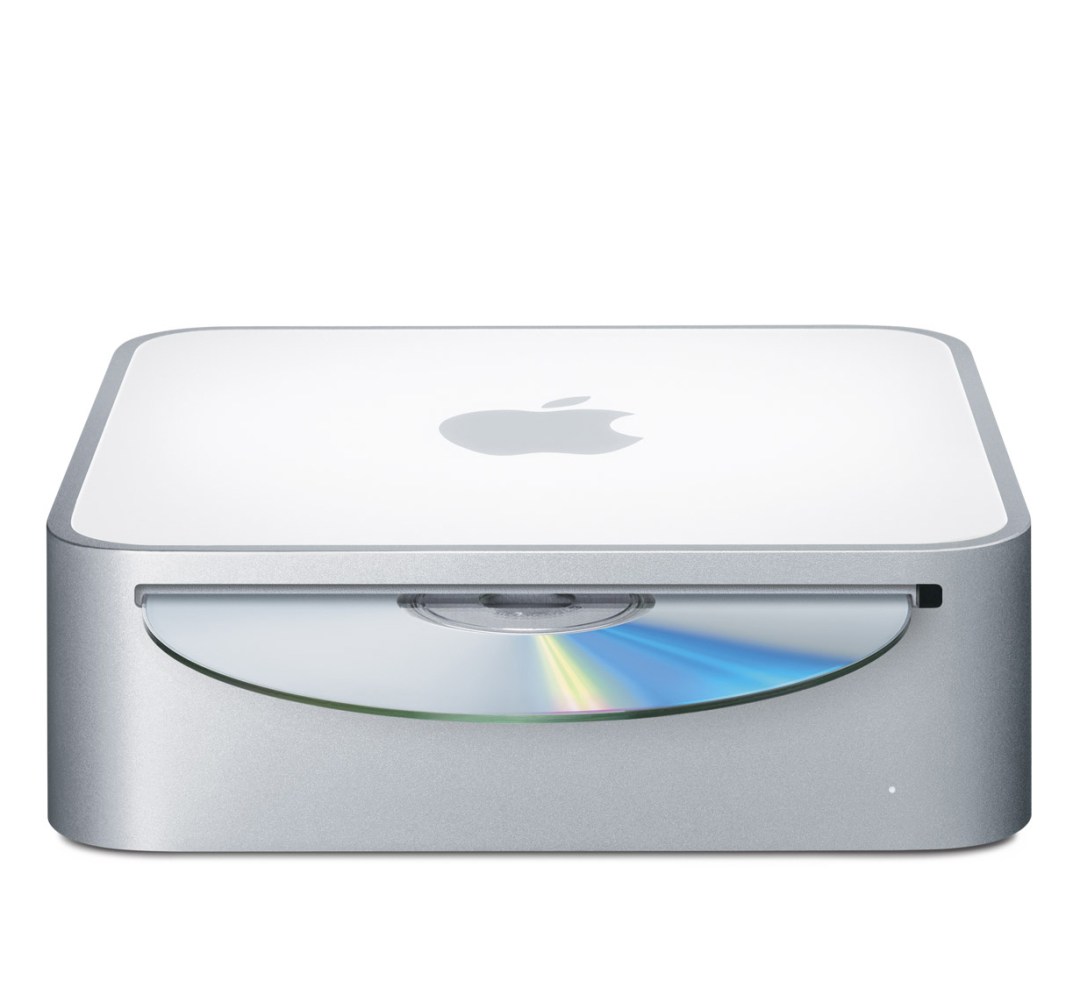 Apple’s biggest battle has been persuading Windows users to switch to Macs. Its masterplan, under Steve Jobs, has been to create killer software, then spread the word with beautifully designed hardware. Yet, despite building iMacs, Powerbooks, iBooks and iPods around Mac OS X and iTunes, only 2 percent of worldwide computers are Macs.

The Mini is here to remove the main barrier to widespread Mac adoption – high prices – by providing cheaper-than-ever access to Apple’s multimedia software via a covetable lunchbox. Is it a revolution or just clever marketing?

The Mini’s specs are fine for the casual user but, even with upgrades, gamers and intensive media workers should look elsewhere. Our powered-up 1.42GHz, 80GB version (the other is a 1.25GHz, 40GB affair) had its RAM upped to 512MB – something we’d highly recommend, for £50. The performance was similar to the iBook G4, making it ideal for web surfing, emailing, storing music and editing photos.

Apple’s standard slot-loading CD-RW/DVD-ROM drive gobbles your discs efficiently. If you want to burn DVDs and make use of iMovie HD and iDVD, though, you’ll need to pay £70 for the SuperDrive upgrade. Apart from an initial whirring, the Mini is incredibly silent in operation – a big plus for DVD watching.

The Mini’s ports reflect its intended functionality. Ethernet connectivity is handy, and the DVI or VGA connection means it will hook up to virtually any monitor. Only two USB ports, though, means that a USB hub is advisable if you want to connect extras such as a printer, and there’s also no expandibilty for a TV tuner, which will disappoint PVR hopefuls.

For many, desktop design is insignificant. The Mini, though, represents the evolution of the computer’s role – it introduces real portability, and would grace any room in your house.

For its size and price, the Mini’s spec is competitive. The 80GB hard drive ceiling is limiting, and many full-blown budget desktops eclipse its performance, but its armoury is ample for the target market.

The Mini’s trump card is that, with iLife ’05 pre-loaded, and a virus-free OS, it offers the most accessible computing experience. Mail is better for email than Outlook, and iPhoto and iDVD stomp their Windows counterparts.

The Mini is not intended to be a PVR or Media Center, and this is reflected in limited connections, such as only two USB ports. There is Ethernet connectivity, though, and much neater built-in wireless upgrades.

Apple has found itself a special little niche: the Mini’s desirable form, built-in software and wireless options are unrivalled for the price.