Home / Reviews / App of the Week: They Need To Be Fed 3 review 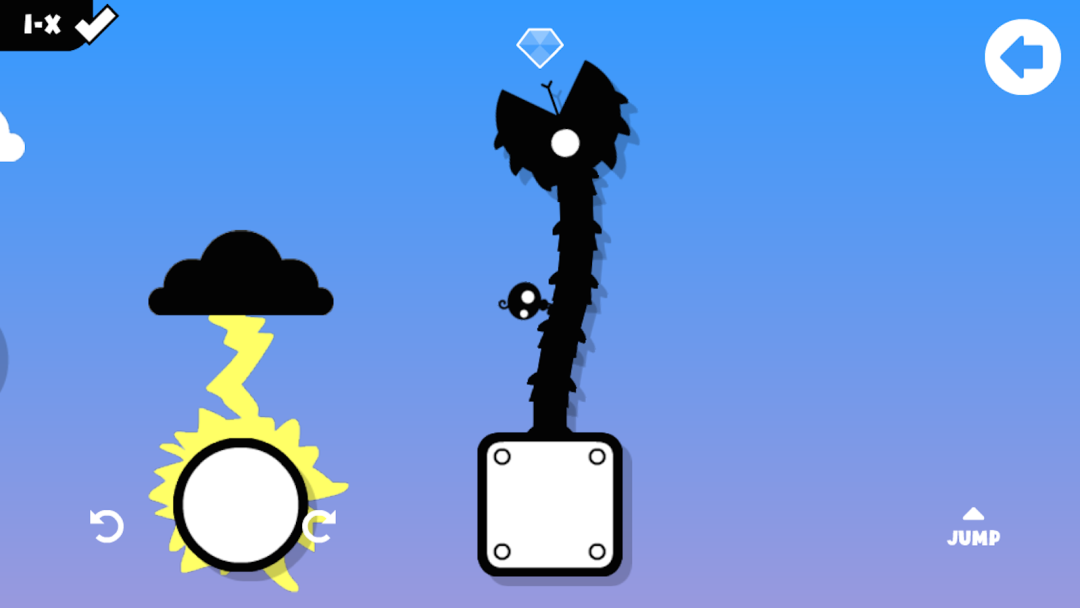 You might think your job’s a bit rubbish, but it’s got nothing on the little critters who inhabit the They Need To Be Fed universe.

Their lot in life is to leap about the place, darting between tiny planetoids, trying very hard to not get killed by all kinds of hostile things, scooping up diamonds along the way. On reaching level’s end, they find a giant plant with far more teeth than foliage should really own, jump into its maw, and crunchily get munched to death.

It’s a far cry from Gardeners’ World. What it’s not a far cry from is an excellent little platform game, which is quite a surprise, given that it’s on Android and iOS.

Generally, pawing at a pane of glass results in platform experiences a little like Super Mario, if Mario was wearing shoes made from ice, traversing platforms made from ice, while collecting coins made from ice, and thinking all the while what he wouldn’t give for a flamethrower and a jet-pack.

READ MORE: Check out these other awesome Apps of the Week

They Need To Be Fed has always been different, mostly through streamlining the entire platforming experience, and then doing clever things with simple mechanics.

The first concerns gravity. Each floating body in the sparse and beautifully minimal They Need To Be Fed universe has its own gravitational pull. You can therefore run around circles without falling off anything, and leap between objects in a floaty, graceful arc. The controls — left, right, jump — are simple but responsive, and the mechanics enable you to do a lot with a little.

But the real star this time round is the game’s level design. The first title in the series was addictive, but short; the second merely a retread. This time round, the game keeps switching things up, lobbing new ideas and playing with your expectations. No sooner will you have mastered a certain type of hazard than another will scupper your progress, from lazily rotating searchlights with deadly beams to psychotic spiked foes that home in on you with unerring accuracy.

Initially, you’ll be happy enough just to make it to your lunch date with a giant weed, perhaps having collected the odd diamond along the way. But They Need To Be Fed 3 encourages further exploration, with keys that force you to backtrack through unfriendly stretches of space, in order to unlock special levels you can tackle to win yourself an extra diamond.

One extra jewel might seem like hard work, but diamonds are the key to progress, unlocking new challenges, although this title’s smart enough to ditch one-level-at-a-time unlocks in favour of granting you access to entire sets once you’ve amassed enough bling. Half-way through the first set, for example, you’ll likely have unlocked the second; and for completists, an absurdly tough Epic mode awaits if you manage to snag 90 shiny stones.

They Need To Be Fed 3 Verdict

There are a few wobbles here and there — an Adventure mode is more sedate but also a bit meandering and directionless, and the controls aren’t terribly well-spaced on an iPad Air, although they’re fine on a 7-inch tablet or smartphone.

For the most part, though, this is one of the smartest, most inventive, and addictive platform titles around for touchscreen devices.

Download They Need To Be Fed 3 for iPad and iPhone