Microsoft has a special offer for new subscribers of Xbox Game Pass Ultimate – combining their amazing Xbox Live Gold service with over 100 free games via Game Pass. If you’re a new subscriber you can get one month of this super service for just £1.

…Yes, you read that right. If you’re keen to explore as many different games as possible in the first few months of owning that brand new Xbox you got, this is a good place to start.

For those who love to control the soundtrack of their Team Deathmatches, or switch up that generic electronic playlist in the back of most racing titles, this is an insanely good deal.

After one month, your subscription will continue automatically unless you cancel. As we mentioned, Xbox Live Gold is included, as is EA Play while you can play on tablets, PCs and phones as well as your trusty console. A PC-only or console-only version of the service is available if you only play on one format, but the console-only version doesn’t include EA Play.

There’s so much to love about Xbox Games Pass. New games are added all the time, including Day One releases that you’d normally expect to be kept off an all-you-can-eat service. This includes plenty of upcoming games like Warhammer 40,000: Darktide – all Xbox Game Studios titles are on Games Pass on release day. There’s something for everyone!

Wondering what to play on Microsoft’s Netflix of games? We’ve got some suggestions. Check out 30 best Xbox Game Pass titles you need to play 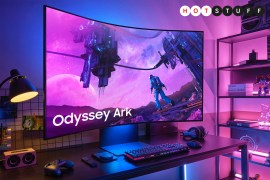