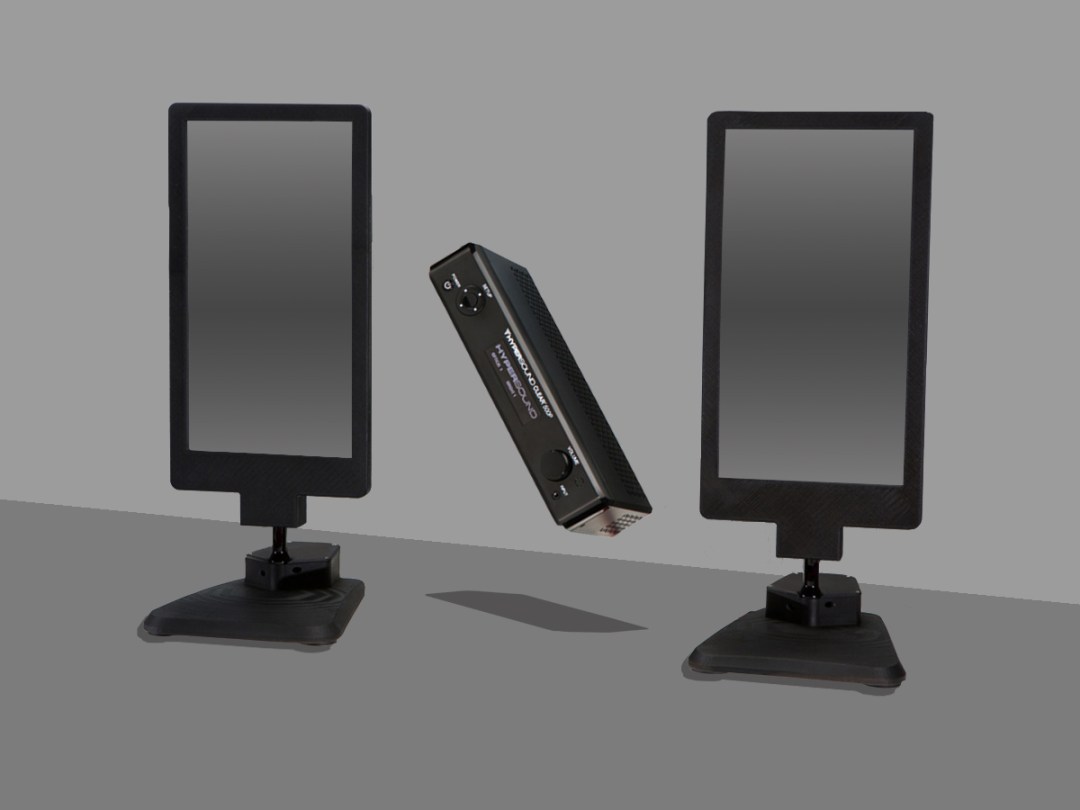 Nope, those aren’t picture frames or tiny window panes; they might look like sheets of glass, but they’re actually speakers.

Forget wires, drivers, woofers, cones and all the other gubbins you’ll usually find staring back at you when you look at a speaker stack. Turtle Beach has found a way to ditch it all for its Hypersound Glass prototype.

The top secret tech behind these incognito speakers has been in the works for a few years, but until now only worked with opaque or mesh grilles – but that was a little bit too traditional for Turtle Beach. This new look feels like something right out of the Jetsons.

Better yet, they’re directional – so you only hear what’s playing when you’re sat in the sweet spot.

Until you’ve given it a try it’s difficult to picture how it all works. The video above does a pretty good job, but basically, if you aren’t stood in the right place, you can’t hear any sound at all. Think of it like a flashlight, but with sound.

That pretty much makes it the perfect tech for home cinema systems and stereo speakers for your PC; you can be knees-deep in Overwatch enemies, or absorbed in a 4K Blu-ray, but anyone else in the room can have a converstation without having to yell.

It’s not just good for gaming and TV, either. The tech could end up built into your PC monitor, or even your car dashboard – so you’re the only person that hears sat-nav directions while the rest of the cabin is bopping along to the radio.

The glass version is still a prototype right now, but Turtle Beach will be showing it off at E3 next week, and will hopefully give us a clue as to when you’ll actually be able to buy a pair.

Related › The 10 best geek accessories in the world right now