UPDATE: As we suspected could be the case, it’s all a hoax. In fact, it appears to be the work of two separate people, one of whom piggybacked upon the other’s fake controller image.

The first leaked images, of a white controller, ended up being a CG render. And then the clearer second photos, of the black controller, were of a 3D-printed mockup that carefully replicated what was seen in the original image. The first guy based his 3D model off of Nintendo’s patent drawing, and the second guy made a 3D-printed dummy version on his own.

In short: some people have way too much free time. While neither of these are real, at least the images got people thinking about the possibilities, and some really neat interface mockups were designed as a result. Nintendo could well still make its own version that resembles these fakes, given the original patent drawing, but it might be a few months before we actually see anything.

ORIGINAL STORY (25/3/16): Buttons: gamers know ’em well. Every Nintendo console controller has had at least a couple of front-facing buttons, from the NES all the way through the Wii U, but that might change for the next system.

The Nintendo NX will be officially revealed this year, as the Wii U starts fading from existence, and we’ve heard rumblings about a system with a controller that can double as a handheld system itself while also pairing with a TV-based console. And this could be that controller.

What you’re looking at are leaked photos from Reddit, which show a controller that is almost entirely composed of an oval-shaped touchscreen – albeit with two prominent analog sticks in the middle. We see two different photos of the black controller, which is said to be from Nintendo’s development kit and isn’t necessarily the final design.

It looks like there may be a couple of shoulder buttons, but there’s nothing on the front: instead, developers will supposedly use all of that touchscreen real estate to deliver custom touch interfaces, complete with buttons and whichever other types of interactions they please. That will allow a lot of flexibility for game designers, but admittedly, also a lot of smudges.

The images match up perfectly with a previous leak from last week, which was posted at Dual Pixels and showed a white version of the controller. And interesting, it’s also a nearly identical match to a Nintendo patent filing that surfaced in December, which showed the concept for a touchscreen controller with physical analog sticks. It’s a dead ringer for the patent drawing.

Granted, this could be an elaborate hoax: someone could have used the patent drawings to mock up some damn fine fakes. Or maybe we’re really seeing our first glimpse at the future of Nintendo gaming: a further evolution of the double-screen design of the Wii U, albeit with a much smaller, more streamlined, and certainly more attractive-looking design. And if it truly can be used independently from the NX console, that’s a huge perk.

Nintendo Switch vs Wii U: Should you upgrade?

With Zelda on both systems, do you really need to make the move right now? 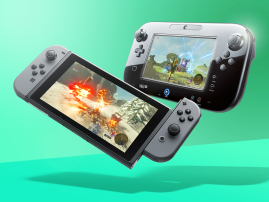 Why the Nintendo NX could actually be a stroke of genius

The latest leaks suggest an under-powered weirdo, but dig deeper and there are hints at greatness 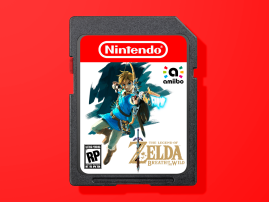 Zelda leads the day, but what about the NX? 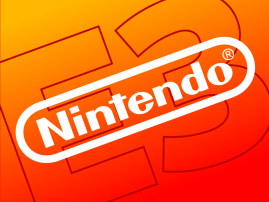