In an alternate universe, could we have been driving an Apple-made car today? That’s the suggestion we’re taking from a report out of Bloomberg today, in which former Apple senior vice president Tony Fadell says that Steve Jobs was interested in building a car back in 2008.

Today, Fadell is the CEO of Nest, but once upon a time he was a close confidant of Jobs and is known as a co-creator of the original iPod. In an interview with Bloomberg, he now says that he and Jobs had multiple discussions about what an Apple-made car would look like and how it would run.

Of course, that’s important now because Apple is widely reported to be working on its own car project right now. We’ve heard in recent months that Apple was scouting locations for self-driving car testing, and that the company hopes to have its car ready by 2019, with the first model reportedly expected to be electric but not autonomous.

Back in 2008, the American auto industry was tanking, which surely spurred the idea – but Apple was a much smaller company then than it is now, and turning the iPhone into a phenomenon was a much larger focus for the team at that time. "At the end of the day, what was the biggest [project] that had the biggest dramatic impact on the world?" Fadell says. "We said, ‘OK, we’re going to focus our energy on that. Forget all this other stuff.’"

Still, he suggests that the idea of Apple building a car isn’t as far-fetched as it might seem, given the company’s expertise. "A car has batteries; it has a computer; it has a motor; and it has mechanical structure. If you look at an iPhone, it has all the same things. It even has a motor in it," he says. "But the hard stuff is really on the connectivity and how cars could be self-driving."

All that said, Fadell claims that he has no actual knowledge of what Apple is up to with its purported car project, given the time he’s been away from the company. And so we await the next rumour or report as the pile of supposed evidence grows larger and larger. 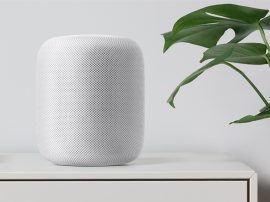