Home / News / Sony W Series Walkman gets its jog on

Why aren’t all music players built into headphones? Okay, don’t answer that. The Sony Walkman NWZ-W260 is light, water-resistant for the sweatier gent, and even washable for the even sweatier fellow who wants to take a shower with music still blaring. There’s also drag-and-drop music transfer and iTunes or PS3 syncing. The built-in Zappin software lets you build a playlist as you pound the pavement and, unless you’re a marathon runner, it’ll keep running longer than you can – a three-minute charge will last an hour. The fully charged cell goes for eight hours, plenty for even the most masochistic workout. Due at the end of July with a price to be announced.

25 of the best superheroes ever 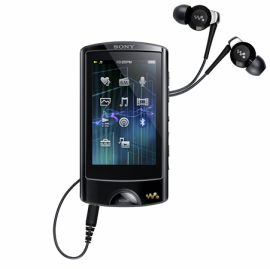 Every major mobile player wants to make out like they’re down with the kids when it comes to music. And Sony Ericsson has turned the screw on other wa

Sony finally launched a Walkman we could learn to love with its A-Series of Windows Mobile 11-compatible players.Now it’s brought out two more, the 4G