Nuance, the company responsible for developing Apple’s Siri personal assistant has announced a partnership with Gracenote, giving it access to a gargantuan database of music, films, videos and TV shows.

The partnership will first bear fruit in the form of VoCon Music Premium, a service which will “combine Nuance’s voice and language understanding technologies with Gracenote’s MediaVOCS database of phonetic transcriptions for artists and albums.”

Nuance, of course, provides the speech recognition for Apple’s Virtual Assistant, Siri. While Siri’s currently able to play back songs stored on your iPhone 4S, if Apple opts to bolt VoCon Music Premium onto Siri you’d be able to use natural language to request any song – streamed off the iCloud onto your iPhone 4S with a Spotify-like subscription service.

VoCon Music Premium’s initially intended for use in cars, but given Apple’s past history with Nuance, it’s no big stretch to imagine Apple kitting out Siri with the service – watch this space.

Is this the follow-up to the HTC Incredible S?

Google may be working on a wireless home music system

Thanks to Google’s Solve for X, crazy-brilliant ideas like these are becoming a reality 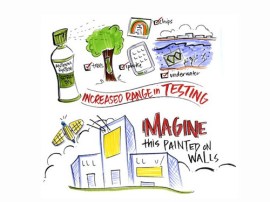 Xbox 720 to get Wii U style screen controller?

It might seem unlikely with Kinect thriving, but this photo suggests otherwise 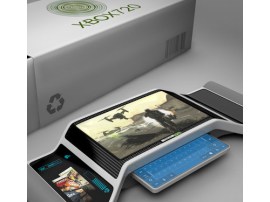