Apple has already seen purported leaks and renders of the iPhone 5 spilling across the internet in the build up to its September launch date – now the iRumour mill has graced us with another iPhone 5 video leak, courtesy of an anonymous source.

The new video shows what appears to be an iPhone 5 in its entirety, complete with a larger screen and new dock connector. It also boots to the connect-to-iTunes screen blisteringly fast, which suggests that it’s had a substantial boost in the power department.

Valve moves into hardware – is a Steam Box console coming? 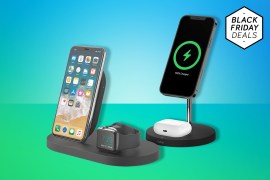