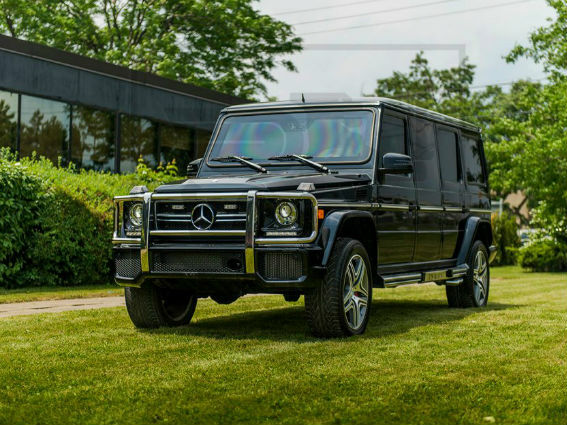 Armoured car supplier Inkas describes itself as a place “where luxury meets security”, and its 2015 edition of the Mercedes G63 is a shining example.

Slathered in a menacing matte black with an equally dark grill and wheels to match, the G63 wouldn’t look out of place in the basement of Wayne Enterprises, chilling out right next to the Tumbler.

Like its fictional companion, it’s slathered in bulletproof glass windows, and its exterior can shrug off an assault from 7.62mm, 308 Winchester FMJ rounds. Oh, and the floor? It’s grenade-proof.

A battalion of spies could fit in this

Beneath the rugged exterior of this black brute however, lies a heart of luxurious curved wood, fine exotic leather, and an LED system capable of "displaying different animations ranging from business mode to various romantic themes." Barry White CD not included.

The custom seats themselves are heated and cooled with an in-built massage system, and there’s obviously a satellite TV system, a fully-functional refrigerator, and a drawer that houses a Leonardo Da Vinci Montblanc pen. Those billion dollar share deals won’t sign themselves you know.

All of the interior features are, of course, controlled with an iPad Mini, including the emergency internal exhaust system which vents out unwanted airborne nastiness. Like cuban cigar smoke. And if things get a little too hairy while you’re hurtling down the road then there’s even a custom-built pistol vault.

If you fancy snapping up your own modified Mercedes G63 then make sure you’ve got at least US$1million floating around.

New Mercedes S600 Guard is bombproof, bulletproof and far tougher than you are 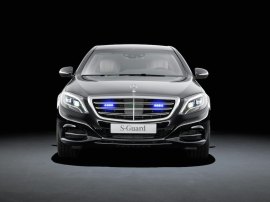