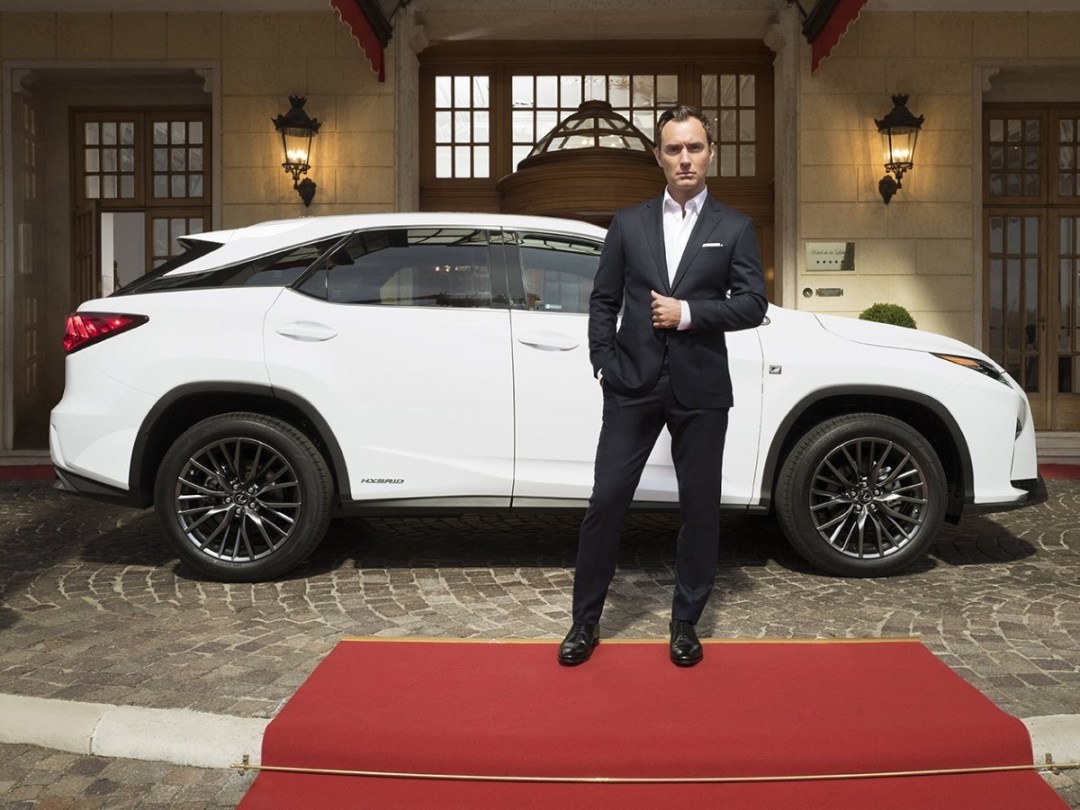 Forget a simple press release: Lexus has gone the whole hog to show off the lifetyle it reckons you could have behind the wheel of the 2016 RX SUV.

A virtual reality video that lets you experience “The Life RX“, a one-night-only immersive theatre event the company put on in London last month, puts you behind the wheel.

Shot using a whopping 80 GoPro action cams, 25 hidden mics and three bespoke RX car rigs, the event put 100 members of the public in the shoes of a hollywood star for an hour – before Jude Law turned up at the end to demand the keys back.

That works out at over 160 hours of video, and a colossal 4TB of clips to edit down into one six minute film.

With locations spread across London, it effectively makes this the largest live event filmed in 360-degree video ever.

With virtual reality set to explode later this year when Oculus Rift, HTC Vive and (potentially) PlayStation VR arrive, you can expect to see plenty more content like this.

360-degree cameras like Samsung’s Gear 360 and LG 360 CAM should make it a lot easier for amateur filmmakers to get in on the act, too – without investing in a backpack full of action cameras and SD cards.

In the meantime, though, Lexus is giving you a taste of things to come – even if it’s not quite the same as actually being a hollywood star.

We’re not quite sure the car can deliver on that promise either, but it’s at least fully equipped: you get a massive 12in touchscreen centre console, reversing cameras, heads-up displays and 360-degree view monitor inside, along with adaptive cruise control, parking assist sensors and Safety System+ collision detection on the outside.

You can watch the full 360-degree clip with any VR headset, or click and drag the YouTube clip below to change the veiw in real time.