Home / News / Is Forza Horizon 3 the coolest racing game ever? Looks like it!

The fact that Microsoft just announced a new Forza game at E3 is roughly as surprising as the UK getting some rain in June, but what we weren’t expecting was just how darn awesome it looks.

Check out the trailer below and allow us to explain why we reckon you’re going to love it, even if you’re not generally into racing games.

Just in case the kangaroos didn’t immediately clue you in, allow us to spell it out for you: Forza Horizon 3 uses Australia as its setting.

This seems like a great shout to us: Australia’s scenery is spectacular and spectacularly varied and, as the trailer shows, you’ll be racing along winding Outback roads, in the surf of glorious beaches, through dense forests and over huge dunes. There’s something for everyone here.

Of course Forza Horizon 3 contains more cars than any Forza Horizon game before it – they’re not going to reduce the number, are they? But the variety still seems mighty impressive.

The on-stage demo and trailer showed road cars such as the BMW M4 and Nissan GT-R, but perhaps more exciting is the inclusion of beach buggies and huge, 800bhp off-road trucks. Now they look like fun.

Now this is really interesting: turns out Forza Horizon 3 is adding campaign co-op to the series, and the integration is pretty magical.

Wherever you are in the open-world setting, you invite your friends and with one click their world will be synchronised with yours and they’ll appear next to you practically instantly and can "help you with your next activity". Showing the feature on-stage, the implementation looked slicker than a greased up otter.

You don’t have to wait long

Excited? You should be, and the painful wait to play thankfully isn’t too long: Forza Horizon 3 is being released on 27 September. 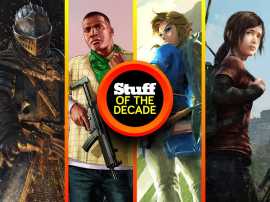 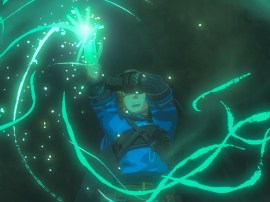