Yes, we know there have been supposedly “real” hoverboards before that turned out to be faker than a nine-bob note, but the new Hendo board is different – and it’s genuine.

The deck uses electromagnet technology based on the same principles as a Maglev train, which means there’s an interesting, and limiting, proviso: it’ll only hover above certain non-ferrous metal surfaces. A big sheet of copper or aluminium will be fine. A concrete car park? Not so much.

READ MORE: Hoverboards may be a dream, but RocketSkates are now a reality

Hendo hovers around an inch off the ground, and can carry up to around 135kg (21 stone) of weight, which gives you an idea of the electromagnet’s sheer strength (in fact, Hendo’s makers say they’ll be boosting the weight limit to 225kg in the future).

It’s self-propelled, at least at its current prototype stage, which means you’ll have to give it a push to get it going – and judging from the video clip, you’re unlikely to be performing any Marty McFly-esque stunts or getting it up to insane speeds.

But come on: this is an actual, working hoverboard – and it’s just an early prototype. Hendo’s California-based makers have big plans for the future of their technology, and are seeking funding on Kickstarter (a whole US$250,000) to help realise them. Pledging US$100 (£60) will get you a five-minute hoverboard ride at their Silicon Valley HQ (or possibly elsewhere in the US), and pledging US$300 (£185) will bag a developer kit complete with a hover engine, but the really exciting reward – a working Hendo hoverboard itself – requires a donation of US$10,000 (£6,000).

Some of the money raised by the Kickstarter campaign will be used to build a hoverpark – essentially a metal-surfaced skatepark in which Hendo hoverboard users can ride without fear of scraping up their ride should they pass over a patch of carpet.

You can back the campaign at the Kickstarter page here.

Wake up, wipe the sleep from your eyes, and fill your brain with our morning news roundup 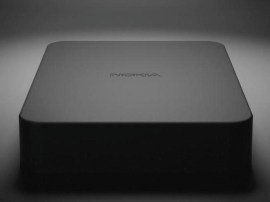