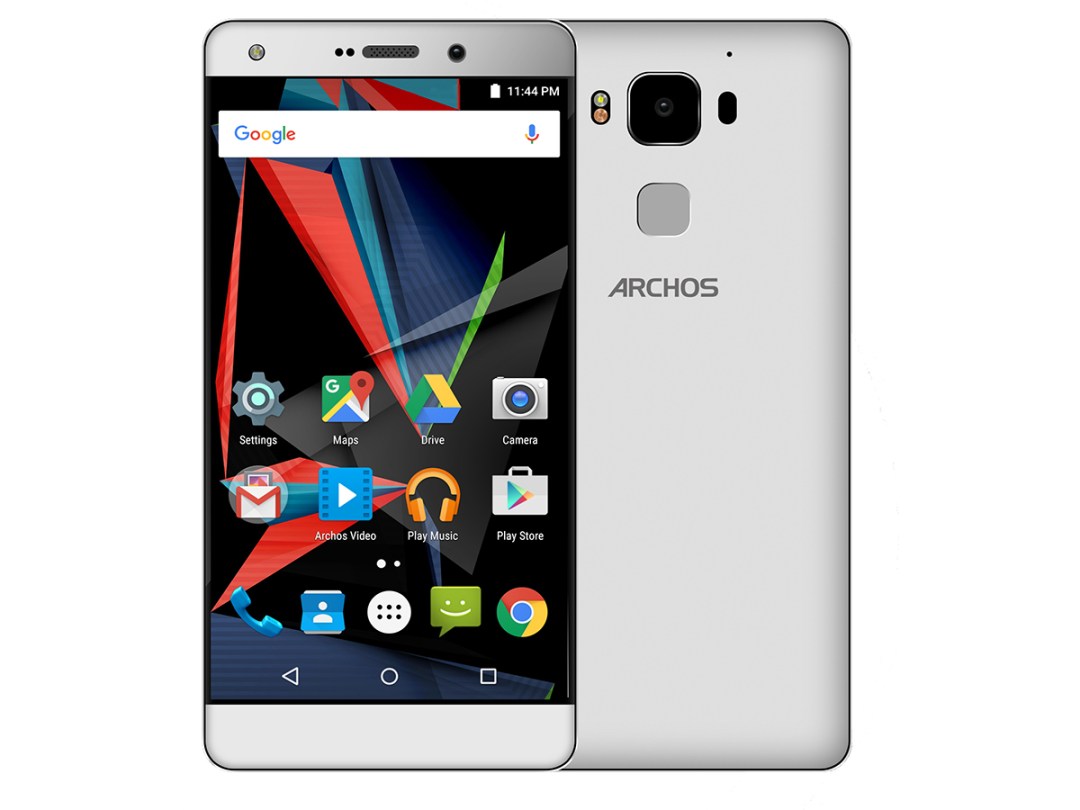 A pair of Diamonds? Archos, you’re spoiling us ahead of Mobile World Congress!

The French phone maker announced the Diamond 2 Note and Diamond 2 Plus last night, a few days before the inevitable Galaxy S7 and LG G5 madness eclipses just about everything else on show at MWC.

It’s worth remembering this pair of Diamond geezers, though; they’ve got crazy good specs for the price.

First up, the Diamond 2 Plus. It’s got a 5.5in Full HD screen with iPhone-like 2.5D glass that curves at the edges for that premium look. You get an 8MP snapper on the front and a tried-and-tested 20MP Sony sensor for the rear camera, along with a fingerprint sensor for extra security.

A Mediatek octa-core CPU is running the show, backed up by 4GB of RAM and 64GB of onboard storage. There’s no custom skin slowing things down either; it’s stock Android 6 Marshmallow all the way. A USB Type-C connector is cutting edge too, which proves Archos isn’t content to stick with budget phones any more.

The larger Diamond 2 Note has a near borderless 6in screen and a QHD resolution. Archos reckons it’s squeezed that screen into a chassis that’s the same size as most 5.5in phones, so it shouldn’t be a handful to hold.

The octa-core Mediatek chip is paired with 3GB of RAM and 32GB of storage, which should be more than quick enough for most jobs. A massive 3600mAh battery should mean it’ll last for ages on a full charge, and you’ll be able to top it back up to 80% in 45 minutes.

Camera credentials get a boost over the Diamond 2 Plus, with a 16MP rear sensor that can shoot 4K video and an 8MP front camera with a wide-angle f/2.2 lens

It has the same back-facing fingerprint sensor as the Diamond 2 Plus, and runs stock Android Marshmallow too.

The May release date isn’t too far away, and the £249 price looks seriously tempting if you’re after a high resolution phablet.

We’ll be getting a closer look at both phones next week at Mobile World Congress, so check back for some hands-on impressions.

RELATED › All the news from Mobile World Congress