Angry Birds publisher Chillingo has let slip that its ridiculously successful smartphone game is heading in the direction of three new consoles: the Nintendo DS, Sony PSP and even the PS3. The birds have already invaded iOS, Android, webOS, Symbian, BlackBerry and Mac OS, so it makes sense for them to climb the food chain. Button-bashing your way to revenge over the pigs might be closer than you think, although Chillingo founder Joe Wee wouldn’t budge on any firm dates for the release just yet. He’s probably too busy dreaming up a hi-def 3D vision for Xbox Kinect…

All the tech news you need to get the morning started 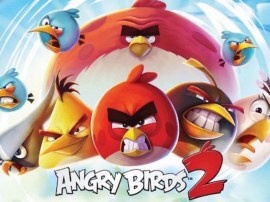 Given the fact that this comes from an anonymous source we’ll take it with a pinch of salt, but according to our buddies over at Electricpig Sony has