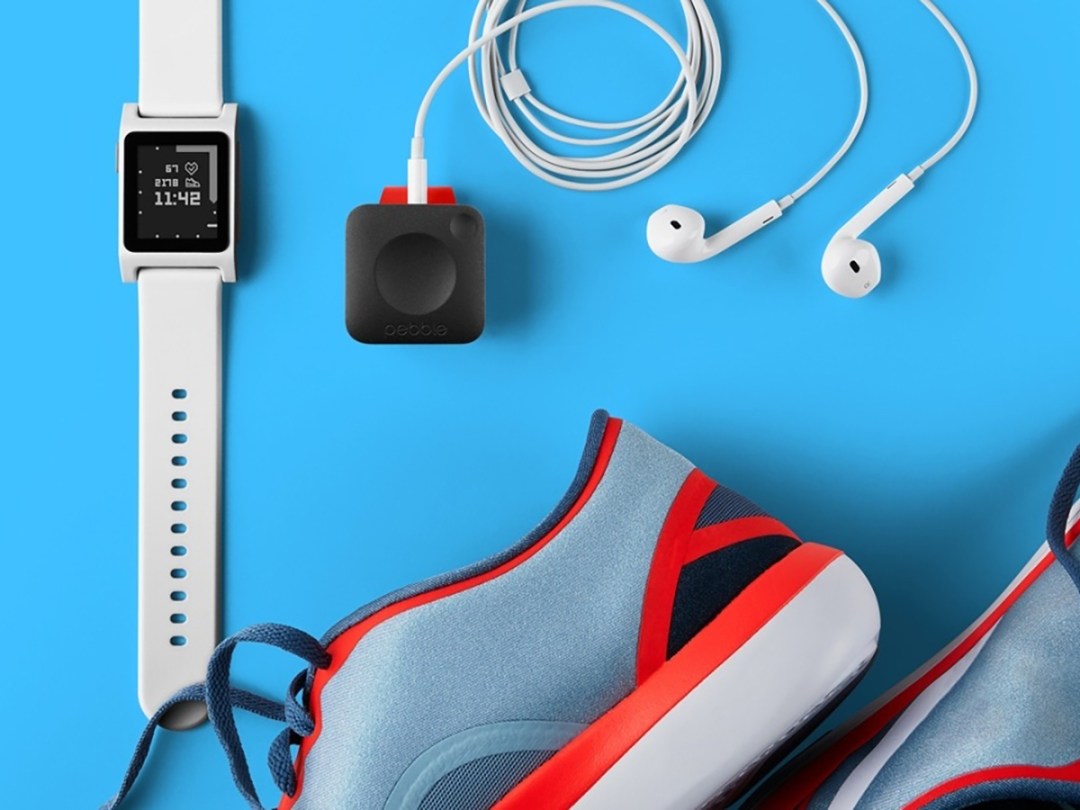 The Pebble 2 and Pebble Time 2 both look like sharp upgrades to their respective predecessors, but Pebble’s totally new thing is what really grabbed our attention.

It’s called the Pebble Core and it’s not a smartwatch – but it is a wearable device. You might not be able to tell from the unassuming, round-edged square design, but the Pebble Core has the potential to be a truly brilliant fitness gadget: it’s cheap and useful, but even more importantly, it offers a lot more flexibility and functionality than your average tracking clip or wristband.

Not sure why you should care about the Core? Here are five reasons why we’re counting down the days ’til next January, and why you should consider flinging some cash at the Kickstarter campaign.

1) It’s connected on its own

Sure, you can link your Pebble Core up to your smartphone and piggyback off of the existing network connection, but that also means you’ll have a phone bouncing up and down in your shorts as you sprint around the neighborhood. Not ideal, to say the least.

Luckily, the Pebble Core has its own 3G connectivity, which means you can tie it into your wireless plan (or use a pay-as-you-go service) and pull down data without keeping your phone nearby. And if you don’t feel like listening to the music that’s already saved to the 4GB of internal storage, you can stream music over the air via Spotify.

That might cost you a pretty penny in data, but when you desperately need some fresh beats to keep you motivated, money might seem secondary. Ultimately, the 3G connectivity is optional; you can still use the Core without to track your runs and listen to local music. But tapping into that functionality really unlocks the Core’s full potential.

With built-in GPS, the Pebble Core can track your location, distance, and pace without need for a secondary device, but that’s just part of the equation. Since it’s individually connected, it can also fling all of that data to the fitness platform of your choice.

Do you use Runkeeper, Strava, Google Fit, MapMyRun, or Under Armour Record? It’s already built to support all of those platforms, and more are promised down the line. Also, if you have a cellular connection for it, the Core offers an emergency SOS button that sends an SMS with your location to a friend or family member – meaning you’re covered if an emergency strikes and you’re without a phone.

3) Alexa is your on-the-go ally

Just before the weekend, Pebble announced a huge bonus perk for the Core: it will let you interact with Alexa, the voice assistant introduced in the Amazon Echo home speaker. Using the built-in microphone, a pair of headphones, and a network connection, the Core will let you tap into Alexa’s wide array of functions.

You’ll be able to get weather and traffic info, set timers and alarms, control your connected home devices from afar, place Amazon and other online shop orders, get a Pebble Health summary spoken out, have news headlines read to you as you dominate the treadmill, and get any number of other web queries answered with ease. And that’s just a sampling of its abilities.

Alexa is a hyper-useful assistant, and soon it’ll be available in the incredibly tiny Core. Best of all, you don’t need a screen to use Alexa – which makes the pairing with this smart little device seem downright genius.

4) The possibilities are endless

The Pebble Core is not only designed as a fitness device for the common consumer, but also a smart little gadget with incredible flexibility: that’s why it’s built for developers. Got a bright idea for using a connected, wearable, waterproof, and wirelessly charging device with a couple of programmable buttons? Well, get on board, dreamer: Pebble wants you nestled within its community.

The Core is a tiny Android 5.0 device, and beyond the programmable buttons, it also has a hardware expansion port – and Kickstarter backers get early access to the software development kit (SDK) that’ll empower all sorts of hackable possibilities.

As Pebble suggests, you can use it to unlock your car, order an Uber ride with one press, track a pet, control smart home devices, and so much more. And once the hardcore techies pioneer new abilities, they’re sure to come to the average, everyday user as well.

Also Read › The 10 best smartwatches in the world right now

The original Pebble might have pioneered the smartwatch, but the company’s efforts have been overshadowed by more advanced devices of late. The Pebble 2 and Pebble Time 2 seem like fine evolutions of those existing designs, but the Core is so exciting because it really does feel new and exciting again – like the Pebble did once upon a time.

It’s cheap (just $99 in the States!), it’s connected, and it’s a lot more functional than you’d expect from a device that doesn’t even have a screen. The Core embraces simplicity, yet still offers plenty of usability – and the hackable element means there could be much more to come, too.

That’s why we’re eagerly awaiting the January release, and intrigued to see what Pebble and its community have brewing with this bite-sized wonder. If you want it as early as possible and at the lowest possible price, consider backing the Kickstarter while it’s still live. Otherwise, we expect that the Core will be widely available next spring.