Ring is expanding its range of home security tech with the new Ring Alarm Outdoor Siren (£69) and second-generation Ring Alarm (£219). First up we’ve got the Outdoor Siren, which is well… a very loud siren that’s going to kick up a fuss when potential miscreants come a calling. The Outdoor Siren can be controlled via the Ring App, and features an adjustable siren and built-in LEDs that can also double as a security light when the sun goes down. The second-generation Ring Alarm system, meanwhile, features a sleek new design and incorporates fresh tech including an updated one-touch Alarm Keypad and revamped sensors that are smaller and easier to mount. The Siren is expected to hit shelves on March 31, while the Ring Alarm five-piece kit will be rolled out on April 28. 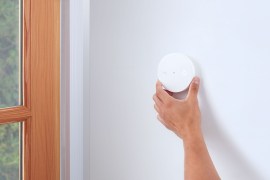