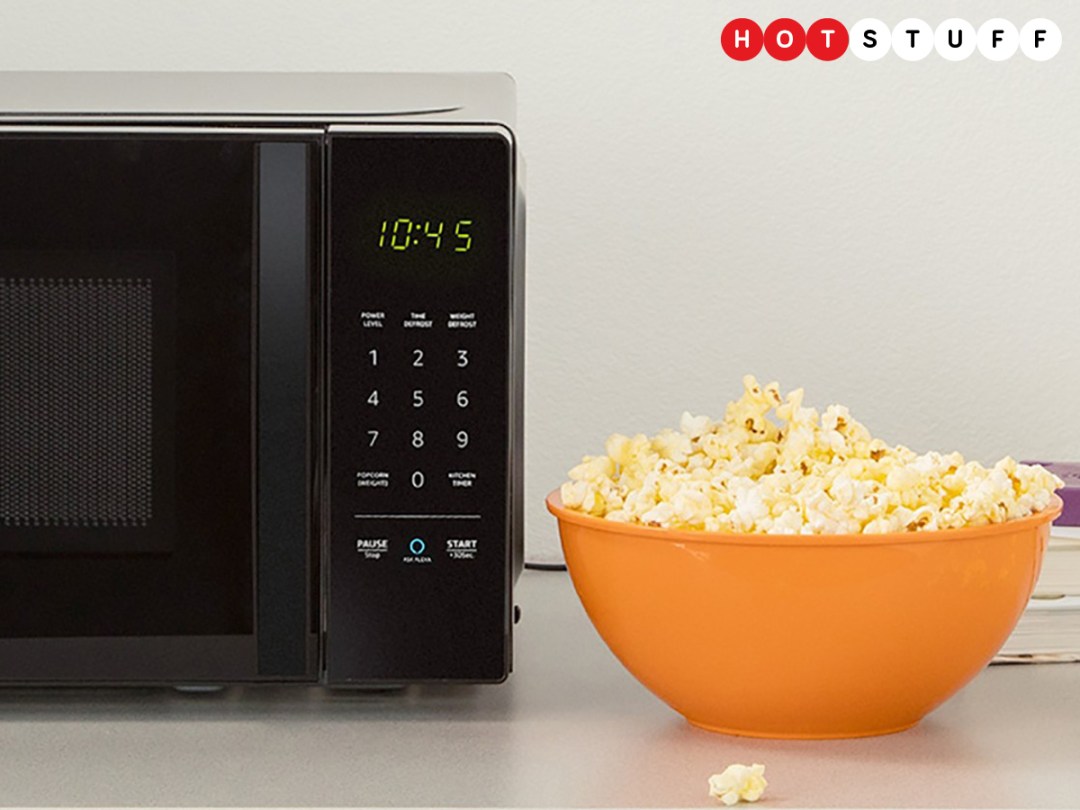 Amazon made huge strides in its mission to carefully funnel Alexa into every electrical device you own today, announcing approximately 3,000 new products, one of which was the Alexa-powered AmazonBasics Microwave. That’s right, dialling in a time for your jacket potato is no longer necessary – simply ask Alexa to let you know when it’s done. The microwave ships with ‘dozens’ of voice-activated cooking presets, and there’s a built-in Ask Alexa button that you press before issuing a command. Hosting a movie night? There’s even an integrated Dash button that can re-order popcorn when you realise you’ve guzzled it all before pressing play. No word on a UK release, but Americans will be able to pick one up for $60 later this year.