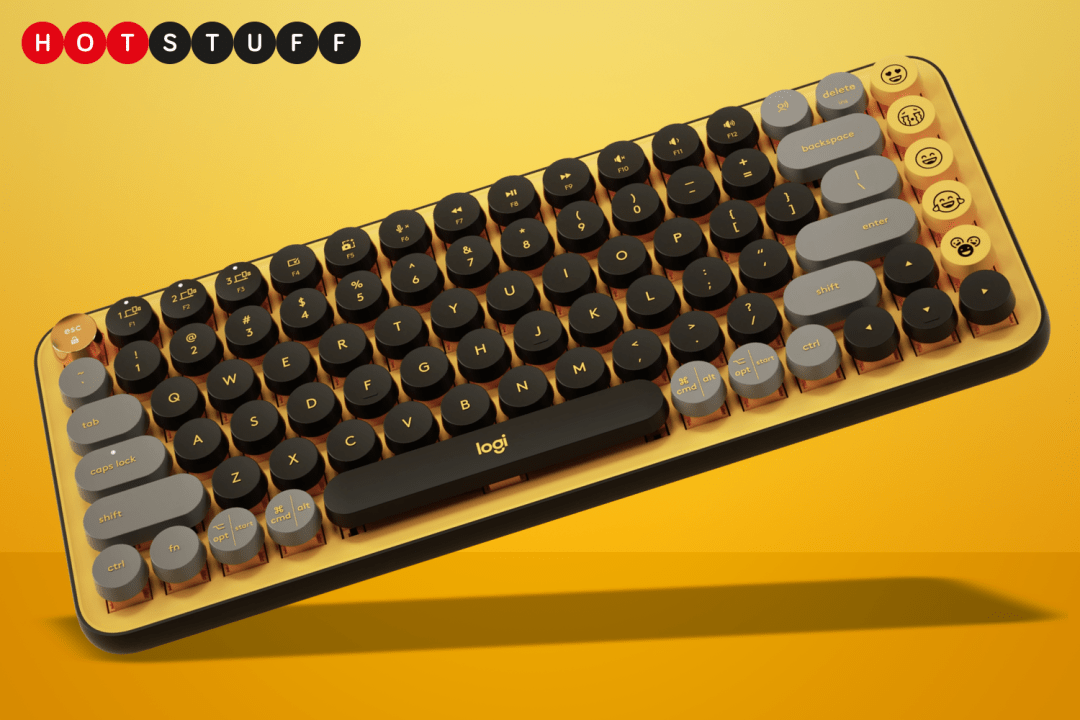 In a millennium’s time, archeologists will delicately excavate an ancient tablet. Using power sources too advanced for us to comprehend, they’ll activate it in the hope of discovering our scriptures. They’ll be rewarded first with the widely revered symbol of an apple. Then, venturing into the Messages app, they’ll discover a complex pictographic language known only to scholars: the extinct dialect of…emoji.

Yes, emojis are the hieroglyphics of the modern age. Sure, standard letters still have their place, but sometimes a facepalm says more with a single tiny illustration than words ever could. But while smartphones make it easy to drop little pictures into any comment section, it’s trickier with traditional keyboards to insert your favourite face. Which is where Logitech’s Pop Keys comes in.

A mechanical keyboard for the emoji era, it features five customisable smiley shortcuts on its right-hand side – ideal for instant reactions in any chat. Bundled with the Pop Keys are eight physical buttons to pop and swap between, each adorned with a different symbol (including fire, heart and a classic laughing-crying face). But you’re not limited to these feelings: inputs can be programmed to correspond to any emoji using Logitech Options. *Party hooter*

When you’re not replacing real emotional connection with a string of diminutive ideograms, Logitech’s wireless peripheral also provides a classic mechanical typing experience, complete with the vintage click-clack known to office drones of yesteryear. Keys are sculpted to help touch typists smash their WPM record, with each one rated for up to 50 million strokes – so they should withstand a hammering from even the most fervent of Facebook warriors.

It ships in three vibrant colour schemes to complement the retro aesthetic. Unlike a typewriter, the compact Pop Keys can slip into a satchel, yet there’s still space for a full set of 12 function keys – useful for muting Zoom calls lest you accidentally react for real, instead of sending an inoffensive thumbs-up. You can pair with and switch between three devices for maximum emoji distribution, while a battery life of up to three years should give you plenty of time to craft a novella using nothing but animal emojis. Which should really stump those emojiologists.

Launching later this month, the Logitech Pop Keys will set you back $99 in the US. There’s no word yet on UK pricing. *Sad face* 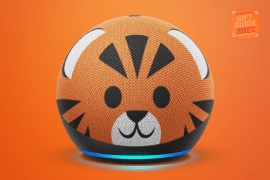 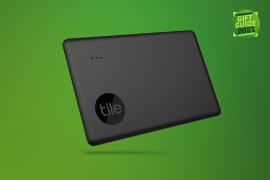