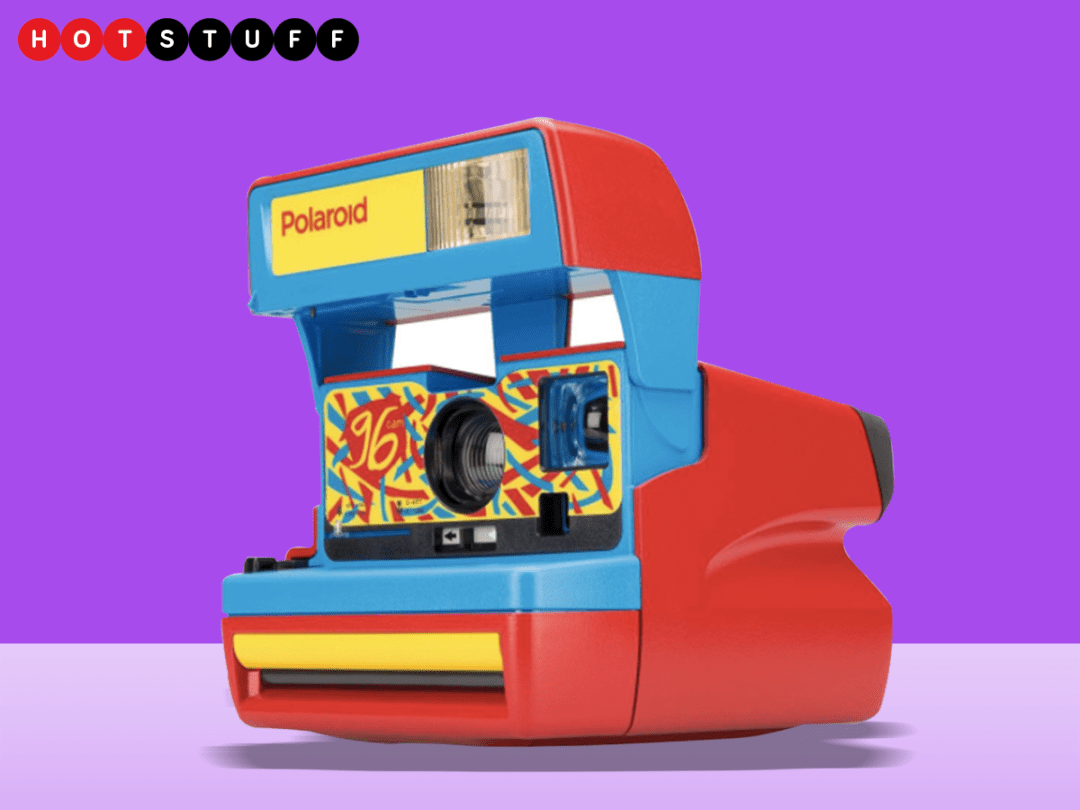 The year 1996: Nintendo launched the N64 in Japan, The Fresh Prince of Bel-Air aired its final episode, George Michael released ‘Fastlove’, and Division One Manchester City manager Alan Ball was replaced by Steve Coppell. How things have changed. It was also the year that Polaroid introduced its 600 camera, and some 22 years later, the old-school instant snapper returns. Rather than a modern remake, the 96 Cam (£179.99) is a refurbished 600 format camera, so it performs exactly as it did it in the ’90s. No pinging your photos to Instagram here, it’s just point, shoot and wait. Each camera is fitted with a custom faceplate and comes in either Jazz Red or Fresh Blue colorurways, both of which look like a Will Smith-donned tracksuit. You can pick up the 96 Cam right now, but with only 2,000 available worldwide, you’ll need to get a shift on.