Hi-res audio specialist Astell&Kern has debuted the AK UW100 – its first-ever set of true wireless buds. Entering such a saturated market is going to be interesting for Astell&Kern, but it’s managing to hit a decent price point for the $260/£249 buds, which launch next month.

These aren’t noise-cancelling buds – instead, they include passive noise isolation to block mid-to-high ambient noise, so it’ll be interesting to hear how effective this is. A tap of the left earbud activates ambient mode, so you can hear your surroundings more effectively.

The chunky-looking case boasts wireless charging and you will get a now fairly standard six hours of battery life from the earphones themselves, with a further 18 hours in the case. So battery life isn’t exceptional, but it’s far from disappointing.

The earphones are underpinned by a Qualcomm QCC5141 chipset including support for the latest Bluetooth 5.2 protocol and aptX Adaptive codec that adapts the bit rate to reduce latency. Plus there’s a 32-bit DAC (Digital-to-Analogue Converter) which works alongside Astell&Kern’s proprietary AMP technology also found inside the company’s renowned hi-res audio players.

The AK UW100 also use Knowles Balanced Armature drivers to reduce distortion – basically, a step up from those drivers found in cheaper true wireless earphones.

The AK UW100 use touch controls on each ear for control and ambient mode (four different levels) while there’s a bespoke iOS and Android app for fine-tuning or selecting settings, too. 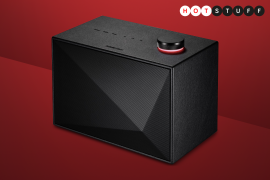 Audiophile this one under “premium” 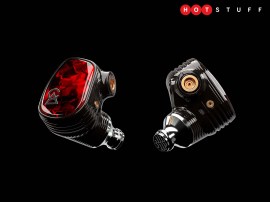