Saving up for a Tesla Model 3? You’re not alone. While US$35,000 is hardly pocket change, it’s not a bad bargain for an all-electric vehicle that’s styled like a Porsche-Lexus hybrid, offers a range upwards of 220 miles and goes like the clappers.

Thing is, you’ll also be waiting a rather long time to get one: the right-hand drive version isn’t due to start production until 2019. While that would give you plenty of time to charge your own batteries, there’s a good chance you might also get a serious case of itchy throttle foot – known to lead to rash purchases of engine-equipped hatchbacks that’ll drench the local Tesco in tyre smoke.

Thankfully, Nissan is here to cure your restless urges with an eco vehicle that could be parked on your drive next year. Meet the new Leaf – a gadget-packed aerodynamic package of planet-friendly motoring.

Can this diminutive hatchback, though, truly topple the popularity of Tesla? We’ve sent the spec sheets of both vehicles’ basic models to the plug for an all-electric face-off, to determine which has their green nose in front in the race for future transport supremacy.

Side by metaphorical side, it’s pretty clear which of these is the prettier machine. Where the Model 3 is all swooping saloon lines, subtle styling and spades of glass, the new Leaf is very much a mid-size hatchback.

While there’s no doubting the latter’s practicality and urban camouflage, that also makes it much less of a stand-out machine for your eco dreams. With a bit of Prius styling from the side, and plenty of Civic at the front, aggressive elements mean the Leaf is no ugly duckling – but its far less likely to capture hearts that the symbolic Model 3.

Yes, the Tesla isn’t immune from criticism – with that bulging upper body in stark contrast to the low-profile lid of the Leaf – but, in pictures and on paper at least, it appears the more consummate cruising companion, a car built for big spaces and the open road.

Nissan’s decision to target the everyman with the new Leaf is, in theory, identical to Elon Musk’s mission with the Model 3 – it’s just that the two apparently have very different ideas of what that means. For Musk, it’s luxury for all; for Nissan, it’s putting the future into something familiar.

And it’s very much the same story inside. Where the new Nissan Leaf’s interior is all practicality and pared-back basics (well bolted together but hardly inspiring), the Model 3 pairs premium materials with simple but stunning styling to offer e-drivers a properly premium experience.

148bhp versus an estimated 258bhp doesn’t seem like much of a contest – and it’s doubtless that the Tesla, able to hit 60mph in 5.6s against the Leaf’s 7.9, is the quicker machine.

Thing is, how much you’ll actually be deploying all of that power is a key question. Yes, if you want to get a bit sideways on country roads then the extra horses of the Tesla will probably be appreciated – but if it’s nippy city driving and motorway cruising that you want then the difference doesn’t matter so much, but for slip road acceleration.

More to the point, the Tesla is longer (by 22cm), wider (by 30cm) and heavier (by more than 70kg) than the Nissan Leaf. Not massive, but enough to make the Leaf the more sensible choice for urban drivers and those familiar with the UK’s narrower roads.

It’s a question, then, of power saloon or nippy hatchback – and that’s one that only a test drive will determine.

Without range-extending upgrades, both of these machines can – in theory – top 200 miles on a single charge.

There is a small lie inherent in the figures, of course, because they’re based on drive cycle tests which vary across the world, and mean that real-world range can vary significantly – much like quoted smartphone battery life.

Where the Model 3 supposedly maxes out at 220 miles, the Leaf can hit 235 – relatively similar, then, and both sufficient to make the machines practical alternatives to petrol-engined vehicles for longer cruising.

What’s more game-changing, though, is the way that Nissan in-part achieves this range: the e-Pedal. This simplifying solution from Nissan means drivers can use just a single pedal for acceleration, braking and stopping (once the driver has become accustomed to it, of course). It’ll even hold on hills, with automatic application of friction brakes.

And, because stopping power is largely delivered by regenerative tech, it means even greater battery efficiency and captured energy. Even having had limited time testing the e-Pedal, it’s very clear that it could represent a paradigm shift in the way that e-vehicles are driven.

OK, so the Model 3 is bound to have regenerative braking tech on-board, too, and one-pedal smarts have been seen on both the Model S and BMW’s i3 – but the advanced deployment of the system in the Leaf (with finer control that feasibly means you’d never need to use the brake pedal) puts Nissan way ahead of the curve, making electric driving closer to a pure dodgem experience than the kerfuffle of gear-changing and heel-and-toe braking.

Say the words “autonomous driving” and two responses are likely: screams of terror, or an association with the name Tesla.

Nissan, though, has cooked up a full autonomous suite of its own for the Leaf, which could see automated motorway control at drivers’ fingertips far sooner, and for less, than the Model 3.

Utilising a set of cameras and radar sensors, the Leaf’s ProPilot system can both park automatically – whether in a bay, parallel or between two vehicles – and do single-lane control, managing speed, braking and lane guidance all by itself.

How good it’ll be in real road conditions remains to be scene, but on paper it’s essentially the equivalent of the Model 3’s own autonomous abilities – which use a similar set of sensors to ensure distance and speed control while cruising on a motorway.

And, while Musk has promised that full autonomy is but a software update away, there’s no reason why Nissan couldn’t deliver a similar switch – especially as both the hardware and software foundation are already installed. It’s just that that the Leaf-maker is being characteristically coy about its future plans.

Turns out both are built for the future, then, and either could take the autonomous crown. Until they’ve both been extensively road-tested there’s no way to know the niggles which might befall either or both (though the Tesla system is more established), which can only make this round a draw.

On paper, then, these two supposedly very different machines are not so dissimilar after all.

Yes, their respective styles are poles apart, and so, too, the people they appear to target. In performance, range and capabilities, though, there’s a lot less between the Nissan Leaf and Tesla Model 3.

Which tickles your fancy will almost definitely come down to personal preference based on driving style and your domestic situation.

Which you’ll actually buy, though, might be a much more practical consideration: do you want an EV in January next year, or after 2019? The Leaf is coming to Europe at the start of 2018, likely to be priced at around £25,000, and with a ready dealer network already established in the UK. Tesla, on the other hand, has a good way to go to set up a support system for British owners, besides actually building its machine for right-hand-drive markets.

The prices might not be disimilar (with the Tesla likely to come in at something like £28,000 after taxes, import duties and exchange), but the reality of owning one definitely is.

What’s more, where Tesla is yet to confirm whether you’ll be able to sell spare power back to the grid via a home battery, Nissan is already establishing a network that does just that, letting owners sell excess energy at peak times back to the power grid, earning in the region of €40 a week in its test environment.

Despite its sexier looks and more futuristic build, then, I’d opt for the Leaf – a car that’s right around the corner, ready to roll and equipped with the first generation of a technology – e-Pedal – that could well change the EV world. 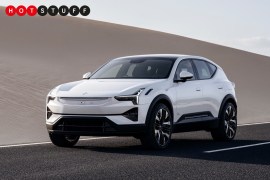 Polestar 3, the company’s SUV, will be a more expensive model than the current options, in-line with Porsche’s Cayenne. 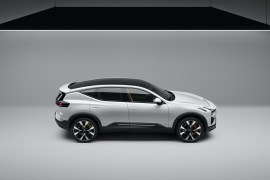