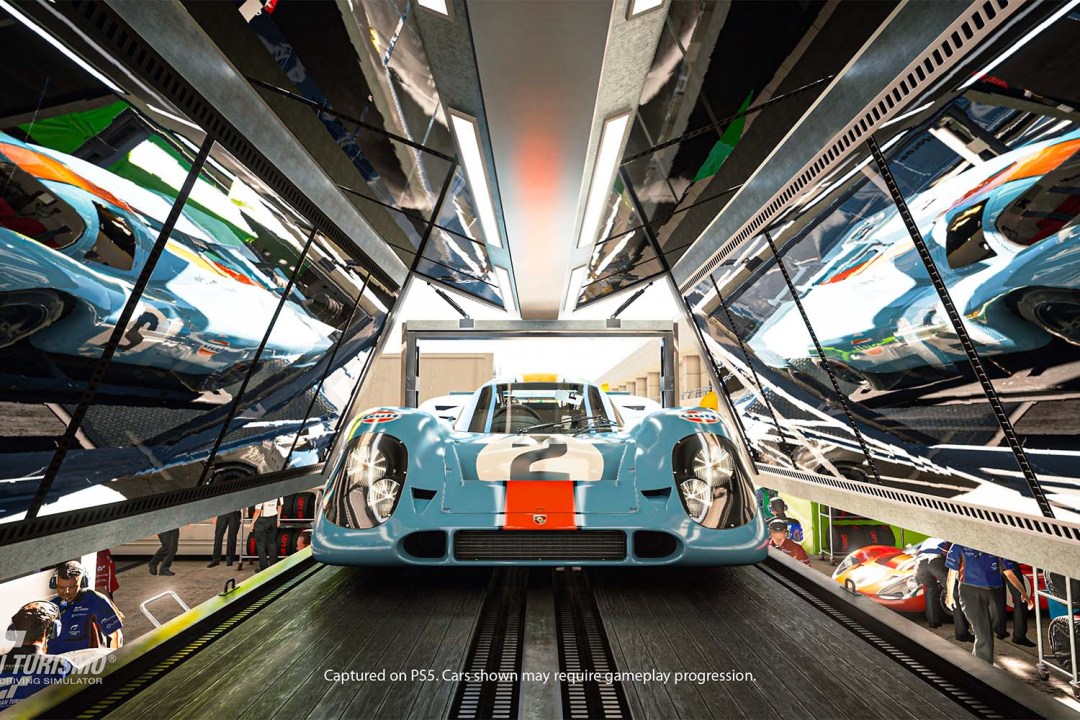 Another year is upon us, and while 2021 was relatively quiet for big-ticket games – with only one major first-party title from Nintendo and almost nothing from PlayStation in the way of exclusives in the second half of the year – we’re still staring at a backlog of brilliant games to catch up on.

And that pile of shame is only going to get larger, and quickl because 2022 has the potential to be an all-time great. We’ll naturally have to wait until the very end of it to get our hands on some of the juiciest AAA games on the slate, but the Christmas period will have a job on its hands if it’s going to rival February, which is absolutely stacked with goodies for your thumbs and fingers.

Nintendo has to have a big year in 2022, Xbox Game Pass just gets more ludicrously good value with each passing week, and the lucky few who have actually been able to get hold of a PS5 will be very busy with Sony’s black and white beast in the months ahead.

We’ll be updating this article as new games get announced or dated, but read on for our current rundown of the games you should be looking out for.

The latest Pokémon game has been perhaps lazily dubbed the series’ answer to Breath of the Wild. But when the camera pans out across a vast, watercolour-like landscape in the debut trailer, piano keys twinkling in the background, well, it’s hard not to make the connection to the Nintendo Switch’s best ever game.

The reality is that while Pokémon Legends: Arceus’ Hisui region probably isn’t going to rival Hyrule for open-world thrills, it does look like a great setting for the most exciting Pokémon adventure in years. You’ll still be trying to catch ‘em all in turn-based battles, but rather than working your way through a series of gym leaders in a world where domesticated fighting Pokémon are very much the norm, Legends is set in a bygone era where they’re still pretty mysterious. It’s up to you to head out into the wild to catch and research all the Pokémon you can, and in doing so completing the region’s first Pokédex.

If you’ve been after a Pokémon game that shakes up the traditional formula, this could be it – and it’s out very soon.

Conveniently arriving just head of the Uncharted movie adaptation hitting cinemas, Uncharted: Legacy of Thieves Collection sadly isn’t a new entry in Naughty Dog’s beloved action-adventure series, but it does offer the perfect excuse to play through two of its best games again.

The Legacy of Thieves Collection bundles together Uncharted 4: A Thief’s End and the Nathan Drake-less but still excellent Uncharted: The Lost Legacy, both remastered for PS5 and offering both 60fps and 120fps graphics modes, as well as spatial audio and DualSense functionality.

Controversially, those who already own the PS4 games will have to pay £10 to upgrade, and if you have the disc versions, you’ll need to have them inserted each time you play. This means those who have a digital-only PS5 won’t be able to upgrade for a reduced price. It’s disappointing for those of us who want to revisit old favourites, but if you’re yet to play either game, this will no doubt be the best way to experience a couple of classics.

Some combinations just have timeless appeal. Zombies and parkour is one of them. To be clear, the zombies in Dying Light 2 Stay Human are mercifully not parkour master themselves. Rather, it’s what protagonist Aiden Caldwell relies on to ensure he doesn’t become breakfast for the undead in this long-awaited sequel to the popular first-person action RPG, Dying Light.

Set in a large open world in Europe known only as The City, Dying Light 2 Stay Human’s focus on traversal to avoid death is exemplified by the 3000 parkour animations developer Techland says it has built into the game. And if you do happen to wall vault right into a huddle of zombies, you can always whip out your shotgun.

Skateboarding games have made a serious comeback in the last few years, with the excellent Tony Hawk’s Pro Skater 1+2 remake, the effortlessly cool Skate City on Apple Arcade, and simulations like Skater XL taking up a lot of our time.

Before all those, though, we had the OlliOlli games, two brilliant 2D skate ‘em’ ups that absolutely nailed that one-more-go addictiveness of the best examples of the genre. The third entry in the series is the most ambitious yet, swapping the pixel art visuals for a hand-drawn style that resembles a Saturday morning cartoon, and introducing branching paths and quest lines.

It looks like a cuddlier, more welcoming game than its predecessors, which were easy to pick up and play but had no interest in holding your hand, but we have full faith in developer Roll7 to retain the series’ perfectly honed trick-based gameplay.

We’ve had our eye on this visually striking beat ‘em up since it was first announced during one of Sony’s State of Play livestreams at the beginning of last year. You play as a Kung Fu student on a mission to find the murderers of his family and duly avenge them.

Set in modern-day China, most of your time with Sifu will be spent mastering its third-person martial arts combat system, which requires the player to think about placement and how best to use their environment to triumph against the odds. If it’s as fun to play as it is gorgeous to look at, this could be one of the year’s best.

We optimistically had the sequel to Guerilla’s hugely popular post-apocalyptic action RPG, Horizon Zero Dawn, on our most anticipated games list throughout last year, but like a lot of games, it eventually got pushed into 2022.

But Horizon Forbidden West is definitely coming in February, and if you really want to give your PS5 a workout, this is the game to do it. Once again you play as the fiery-haired Aloy, exploring a new and even larger open-world than in the first game, and one just as chock-full of angry robot dinosaurs trying to ruin your day. Everything we’ve seen so far suggests that this will be one of the best of 2022, and it’s coming right at the beginning.

We defy anyone to name a more heavyweight collaboration than Dark Souls creator Hidetaka Miyazaki and George R. R. Martin. Yep, that George R. R. Martin. The novelist who gave us Game of Thrones helped mould the lore and mythos for this incredibly ambitious action RPG which, like its predecessors the Souls games, Bloodborne and Sekiro: Shadows Die Twice, focuses on exploration and challenging third-person combat.

This time, though, it’s all taking place on a massive open-world map. The Souls games are famously not for everyone, but if you embrace punishing difficulty and want to get lost in a rich fantasy world this year, Elden Ring is seriously exciting.

Imagine an old-school Zelda game, but rather than Link you play as a cute little fox. That might be a slightly reductive way to describe Tunic, but this long-awaited indie adventure is undoubtedly a homage to Nintendo’s enduring series above all else.

In this isometric action-adventure game, you play as an anthropomorphic fox that by completing puzzles and earning new items gradually uncovers more of the game’s mysterious world and its secrets. Don’t be fooled by the cuddly graphics, though. From what we’ve seen Tunic is no pushover.

It seems strange that we’ll be well over a year into the PS5’s life before the console can add a new Gran Turismo game to its library. The series is so often a showcase for a new PlayStation’s tech, but like so many games, Gran Turismo 7 didn’t make it out in 2021, making it one of Sony’s biggest 2022 exclusives.

The seventh iteration in the long-running racing series is coming to PS4 as well, but the next-gen version, which will offer real-time ray tracing, reduced loading times, 3D audio and DualSense features, is the one we can’t wait to see in action.

We were supposed to be getting this one in January, but we’ll accept the delay until March given that it’s coming to Game Pass out of the gate.

Made by the co-creators of Dishonored and Prey, this intriguing mashup of isometric action RPG and immersive sim reimagines the Wild West as a dark fantasy land, where cowboys clash with monsters rather than lawmen. If the end product is as good as the pitch then Weird West could be very special indeed.

Compared to the rest of the games on this list we still know very little about this outer space epic, but that doesn’t mean it isn’t very near the top of Stuff’s most wanted list. The first brand new IP from RPG giant Bethesda in 25 years, Starfield promises total player freedom, and should build on everything the studio has learned from series like Fallout and The Elder Scrolls.

Skyrim in space? We’d happily hand over 200 hours of our lives for that.

12) The sequel to The Legend of Zelda: Breath of the Wild

The Legend of Zelda: Breath of the Wild instantly became perhaps the greatest launch title of all time when the Nintendo Switch first hit shelves back in 2017, and we had everything crossed that its sequel, first teased several years ago now, would be the game Nintendo paired with the Switch OLED in its Christmas 2021 sales push.

That wasn’t to be, but as things stand Nintendo says it’s aiming to get the game out this year, and while we still don’t even have a name yet, the trailers the Japanese giant has put out are enough to make Link’s next adventure the game we’re most excited for by some distance.