People don’t drive cars before they buy them any more, and people buy cars based on what smartphone they use: two nuggets of information I gleaned from a brief conversation with Amit Sood, Tech Lead of Audi City London

Audi City was Audi’s first endeavour to give shoppers the full experience of a car they’re going to buy without even sitting in it, let alone driving it. Instead of having every model available to view, Audi City provides a series of floor-to-ceiling screens on to which massive, fully customisable cars are projected. It’s like buying a car from a supercharged, motion-sensitive website.

The logical next step was to make the virtual car more immersive – and given the prevailing trends of the moment, the sensible way to do that was via virtual reality. (Volvo thinks so too.) With the new TT coupe about to launch, and the TTS and TT Roadsters coming next year, a partnership was born between Audi and Samsung: the latter would provide Galaxy Note 4 smartphones equipped with the Oculus app, Gear VR headsets to turn the Note 4s into VR headsets and wireless Level headphones, and the former would fill them with footage of the TTS’ designer, Jürgen Löffler, driving the car at some whack around the Neuberg test track.

That’s why I was chatting to Sood – and that drive is what I experienced yesterday afternoon.

You’re going to want a TTS

The footage was filmed on five GoPros mounted on a custom frame wedged in the passenger seat (pointing forward, up, down and to both sides). The five feeds were resolved into a 60fps, 3000×1500 video stream that allows you to look every which way but backwards (look down, and you have no legs).

There are limitations, of course. The video isn’t 3D – for obvious reasons, you can’t lean forward to get closer to the car’s controls – and the lack of G forces as you accelerate and corner takes some of the drama out of the drive. But short of putting you in a simulator, or of actually being driven in the car, this is the closest you’re going to get.

Other Audi VR videos to watch include a look at the design sketches of the TTS, a 360-degree walk-around of the TT Coupe (the model you can drive away this month), and a comparison between the TT Roadster and the TTS (both coming next year). The drive is definitely the main event.

Coincidentally, earlier that very same day I’d tried a headset from VRTX One that operates in the same way as the Gear VR, except with an LG G3 in place of a Samsung Galaxy Note 4. Viewed through lenses that fill your entire field of vision, it’s clear that the G3 has the better screen for close-ups – the Note 4’s pentile OLED looks comparatively pixellated – but isn’t so good at the movement sensing, which is noticeably jerkier.

The VRTX One headset I tried was still at prototype stage, though, and the G3 inside was running different footage (in case you’re wondering, an amazing-looking augmented reality fantasy RPG that only appears when you’re gazing at a particular QR code, some footage from the side of a Linkin Park gig and some NFL training), and may perform better with further optimised software.

The Gear VR’s ergonomics and controls are also impressive: a wheel between the lenses smoothly adjusts focus, while a responsive touch panel on the right-hand side of the headset navigates menus, and a back button on the left returns you to your previous screen. (The GameFace has no visible controls.) It’s a really comfy thing to wear, though judging from the pictures, not something to try in public.

It’ll be interesting to see how the Gear VR copes with 3D games run off the Galaxy Note 4. If the experience is as smooth as it is with the TTS drive video, the Gear/Note combo will be hugely compelling.

READ MORE: The first VR headset for mobile phones is built for the LG G3

In fact, the VR option’s worth a go in any case. First, it’s fun, and second, even if you walk out of the dealership without having bought a TT Coupe, Roadster or TTS you probably will want a Gear VR and Galaxy Note 4.

READ MORE: New Audi TT has all the angles covered 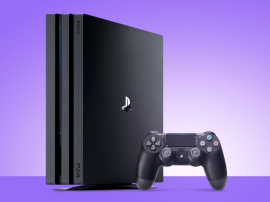 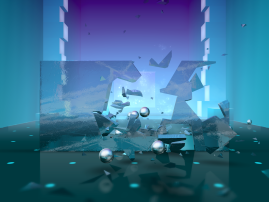