Home / Reviews / Console games / The Last of Us Remastered review 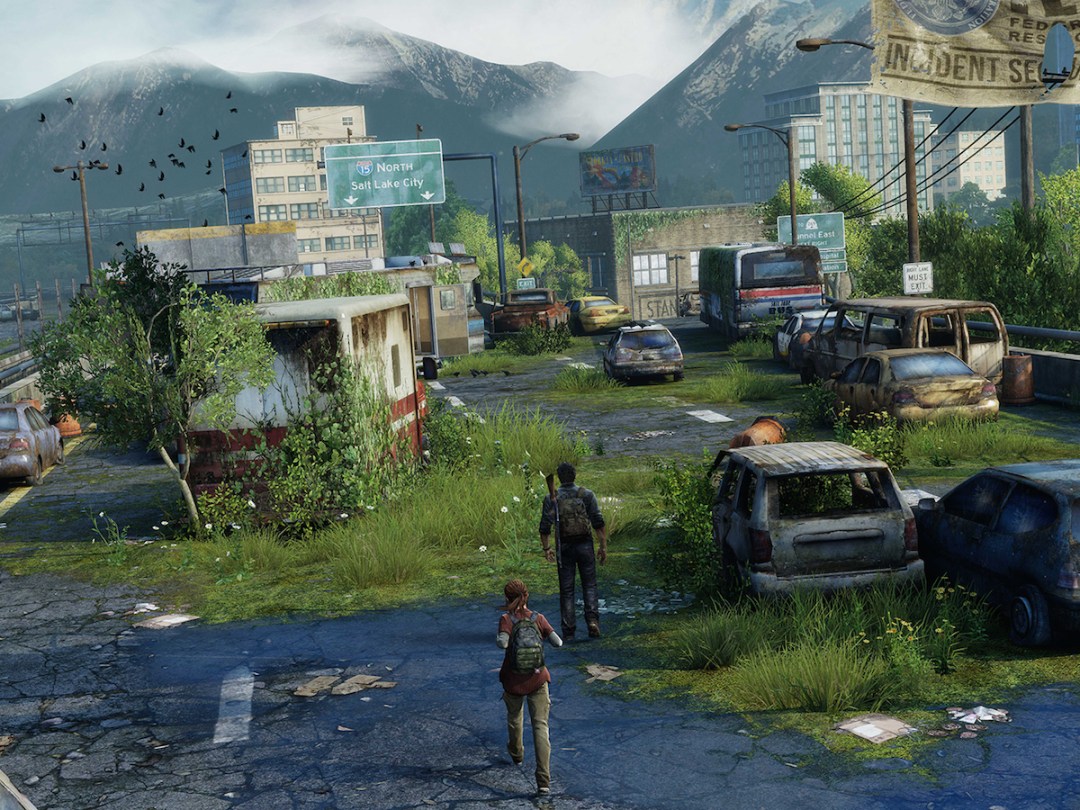 Describing The Last of Us as a massive success would be a bit of an understatement. Not only did it sell a bajillion copies, it earned over 200 Game of the Year awards and a Best Game Bafta. And let’s not forget that 2013 also featured a little-known title called Grand Theft Auto 5.

In The Last of Us Remastered the already technically spectacular PS3 game gets the PS4 treatment, with higher resolution graphics and a 60 frames per second refresh rate. Not only that, but it bundles in bonus extras such as director commentaries, multiplayer map packs and the excellent Left Behind story DLC.

If you played it the first time around you’ve now got the perfect excuse to play through again, and anyone who missed it on PS3 is in for a gaming experience like no other.

READ MORE: Our original The Last of Us PS3 review

Hopefully you’ve heard of The Last of Us by now, but just in case, it’s a third-person action adventure from Naughty Dog, the makers of the fabulous Uncharted series.

It’s much darker than the Indiana Jones-like adventures of Nathan Drake, instead casting you as the grizzled Joel, one of the few human survivors left after a virus has turned most of population into zombie-like mutants. For reasons too interesting to spoil, Joel has to escort the young Ellie across a ravaged United States, using improvised weapons and stealth against terrifying zombies and the often violent and predatory remains of humanity.

That’s the broad setup for what is a heavily story-driven game, and thanks mainly to the relationship between Joel and Ellie, it’s a truly exceptional, emotional, sometimes humourous, sometimes harrowing, always thought-provoking narrative. The lines between right and wrong are blurred, combat is frantic, desperate and always about survival. Essentially, there’s no other game story with this sort of depth or maturity.

It’s so good, in fact, that it’s currently being turned into a movie through producer Sam Raimi, and he’s really not going to have to do much to it for the movie to be a rip-roaring success.

The Last of Us on PlayStation 3 was already a handsome game – in fact, it was arguably the best-looking game ever released on the console. But the PS4 still offers a significant performance boost.

The headline improvements are higher resolution character models, improved shadows and lighting, longer draw distance and generally improved detail. There’s still some texture pop-in to be seen when you’re out in the open, but otherwise this is a gorgeous-looking game, and one that really does look as though it was made for next-gen consoles. One of TLOU’s greatest strengths was its gritty realism, and that’s taken to another level by the enhanced detail of the next-gen remaster.

While the improved graphics look lovely, it’s the higher frame rate that has the biggest impact on how The Last of Us actually plays on PS4. By default, the game now runs at 60 frames per second, doubling the original game’s 30 frames per second on PS3. The game feels a whole lot smoother than it did before, in particular during combat, where the controls could sometimes feel a bit twitchy before.

Sadly, there is very occasionally still a bit of slowdown in Remastered, so there’s an option to lock the action at 30 frames per second, with the added benefit of improved shadows on this setting. We’d definitely stick with the 60fps setting, but it’s nice to have the option.

The Last of Us Remastered clearly wants to be the definitive version of the game, and like a Director’s Cut Special Edition DVD, it contains everything its makers could find to throw on the disc. The highlight has to be the Left Behind story mission, which was originally released as downloadable content on PS3. It tells some of Ellie’s backstory, before the events of the main game, and much like that story, it packs a powerful emotional punch.

Speaking of multiplayer, PS4 servers hadn’t been switched on at the time of review but will have been by Remastered’s launch date of 1st August. The Last of Us would be a vital purchase without any multiplayer at all, so the fact that the team deathmatch modes proved superb on PS3 was a brilliant bonus. We’ve got no reason to think they’ll be anything less on the PS4 version.

New for this edition are Director’s Commentaries for the in-game cinematics, a photo mode similar to the one in inFamous: Second Son, and an excellent Making Of documentary, although the latter is also available on YouTube for free and is embedded above this very paragraph.

The Grounded difficulty level was added to the original game after release but is available from the off here, and by making supplies extremely rare, it makes the game really, really tough. It’s a must-try for those who’ve already played the game through once.

The game also makes nice use of the PS4’s DualShock 4 controller. The light bar changes colour to indicate your health, the speaker plays tape recorder messages and the flashlight noise, and the controller’s triggers are used to aim and fire by default, which is much more comfortable than the L1/R1 buttons on the PS3.

The Last of Us Remastered Verdict

When it was released just over a year ago, we called The Last of Us a high-water mark of current-generation gaming. Now, thanks to the Remastered version, The Last of Us has also done the same on next-gen consoles.

It’s a thoroughly improved, definitive version of what was already a truly remarkable game. This is likely to be the first of many next-gen remakes, but we’ll be amazed if even years down the line it’s not still worshipped as one of the very best.

Includes all of the excellent DLC

Even more beautiful and smoother than before