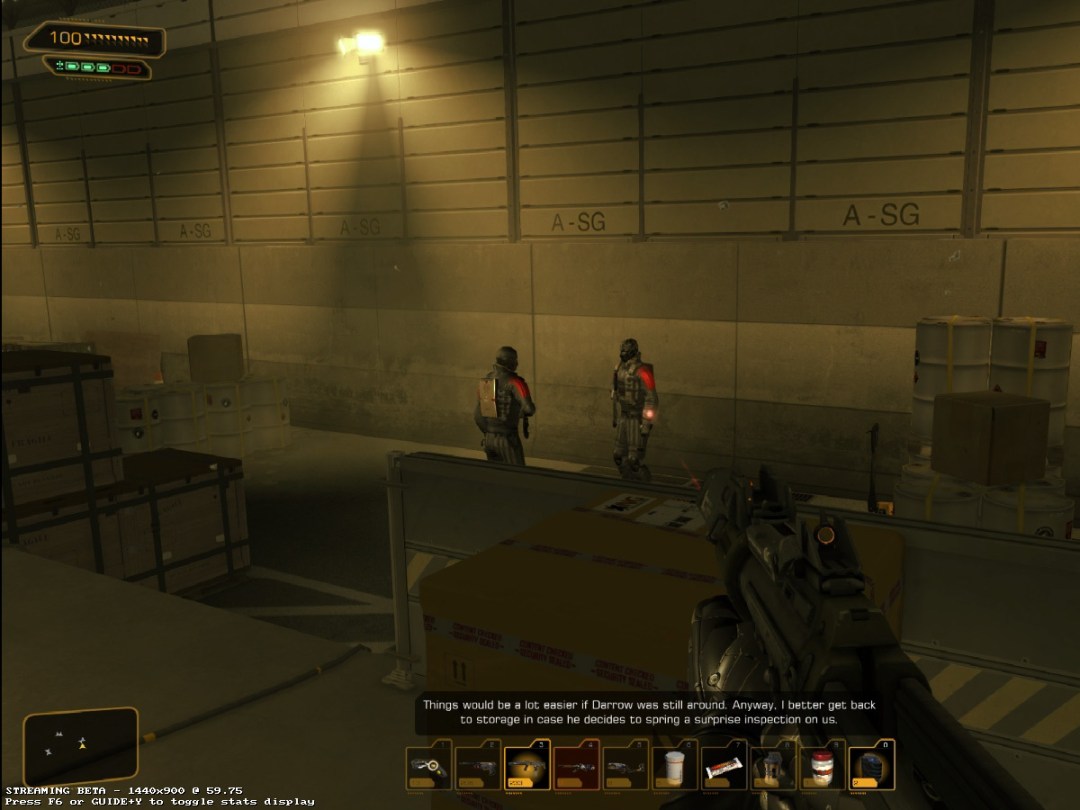 Imagine turning your MacBook Air or ageing netbook into a gaming powerhouse that’d leave the Xbox One and PlayStation 4 looking like 8-bit dinosaurs. Quite a dream, right? Well that dream just became reality thanks to Steam In-home Streaming.

It’s recently launched its own OS, is prepping its own console-style Steam Machine and has designed its own controller – so there’s little doubt it’s gunning for whichever black box currently sits underneath your TV. But while Steam In-home Streaming is merely its latest weapon, it might just be its greatest.

Of course there’s a catch – there’s always a catch – and in this case it’s that you’ll also need a proper gaming PC set up in another room. Is that a compromise worth making? Let’s find out.

The principle behind In-home Streaming is that most PC gamers are likely to have a big ol’ monster machine tucked out of the way somewhere discreet, such as a bedroom or office. After all, you don’t want a server-sized chassis with four graphics cards howling like a jet engine next to the TV, do you?

Given that PC games are generally cheaper than console games – especially in Steam sales or Humble Bundles – this leads to a dilemma. There’s a good chance you’ve got an extensive library of games such as Thief or Assassin’s Creed which play well with a joypad at sofa distance. Or maybe you’re frustrated that you can’t play them on your slinky but underpowered Ultrabook. Perhaps you just want to play PC exclusives such as Civ V or World Of Warcraft in a different chair for a change.

If Steam is installed on two PCs on the same network, you can play games on one machine even though they’re stored on the other. The video and audio feed is simply streamed from the host PC (the one with the game installed) to the client, while the controls go the other way. All over Wi-Fi or Ethernet.

READ MORE: The 200 greatest games of all time

In-home Streaming is a joy to use right from the start. Just fire up Steam and sign in using your usual details – both computers will need to be logged into the same account. Head over to the Settings menu. In the first tab there’s an option to join in beta programs – from the drop-down menu, choose Steam beta from this on both machines and restart the program.

That’s literally it – in our tests, as soon as Steam was restarted both PCs saw each other and connected over the LAN. You can tell they’re hooked up either by going into the new Home Streaming menu, or just by looking in your games library. You should see all games installed on either machine now flagged as playable.

In-home Streaming is an enormous technical challenge that involves hitherto unsurmounted challenges such as optimising netcode to reduce input lag and getting hardware accelerated graphics to work over remote display adaptors. The kinds of challenges that in our experience make OnLive all-but unplayable and Intel’s Wireless Display regularly unusable. But all you do here is select an option from a pull-down menu and it just works. Kudos, Valve.

There are a few settings you can tweak to alter the performance of In-home Streaming, to prioritise prettiness or smooth framerates for example, but in our testing leaving them set to default was fine.

We did experience the occasional stutter – a dropped frame, an audio buzz – when streaming over Wi-Fi, but not so much that you’d care.

If both machines are on Ethernet connections, it’s almost impossible to tell that you’re not playing ‘native’ code. If you’re concerned, there is a handy on-screen stat overlay which can tell you exactly what sort of effect the network has – at its worst, over an 802.11n network, we saw about two milliseconds of input lag and a third of a second display delay.

There are two big achievements here. The first is that it’s graphically perfect, with none of the artefacting that plagued OnLive.

The second – and more significant – is that there’s absolutely no discernible input lag. With other wireless technologies, such as Intel’s Wireless Display – there’s a split-second pause between moving the mouse and watching the cursor shift on screen. That would be unacceptable in a game, and somehow Valve has eradicated it.

READ MORE: Hands on with the game-changing SteamOS

The technical achievements are to be lauded, but they do bring a couple of problems with them. The first is that In-home Streaming isn’t doing something clever such as rendering the game on the host PC without displaying it. It’s just streaming the desktop. If you alt-tab on the host, the client loses the game. So one person can’t play on the client PC while the other surfs. Two computers, one game seems a little inefficient no matter how cool it is.

The second is that you can’t stream over the internet. In-Home means exactly that.

READ MORE: Valve HQ is the coolest office in the world

For all its awesomeness, it’s important to remember that this is still a beta. We’ve heard tell of folk who’ve had problems getting In-home Streaming working, especially if AMD graphics cards are involved. Our experience was near flawless, but bugs do remain and for the most part if streaming isn’t working properly the only fix is to reboot both PCs. Plus, for the time being, the host PC has to be running Windows. Which frankly sucks.

Still, as a baseline for improvement it’s hard to fault.

READ MORE: Haptics, trackballs and Cheeto dust – how Valve built the game controller of the future

The critical thing is that the client can be running Windows, Mac OSX or Linux. We tested all with equal success. What’s truly wonderful is that the system works for so many different potential uses. Got a games PC and also a MacBook Air? Now you can play DOTA 2 in your lounge on your laptop. Built a super-cheap quiet PC for running Linux media centre or SteamOS by your TV? Now it’s a gaming powerhouse.

Looking ahead, Steam is rapidly expanding beyond just games into apps, too. You can use it to run run 3D modelling software such as Maya and Visual Studio on that old netbook that’s gathering dust in the attic if you like. Yes, even netbooks can be used as clients for Steam In-Home Streaming, although for the best performance you’ll want one with a hardware-accelerated video decoder; the first-gen Atom we tried struggled to keep up.

It’s also a shame that there’s no app for ARM-powered screens including Android tablets and iPads. We wouldn’t be at all surprised if that’s the next step.

READ MORE: Kill your productivity – the 30 best free games you can play in your browser

As simple as it is, Steam In-home Streaming is still a conceptual leap which may prove tough for a mass market used to buying consoles for games. The fact is that it still requires an expensive PC to make the most of it, plus you won’t be able to use that PC if someone else is gaming in a different room. That’s just weird, that is.

The smart nerd, however, will see a myriad number of ways Steam In-home Streaming will make their life better. Whether it’s because they already have more Steam games than they’ll ever play or simply like the fact that new games on Steam are now around a third again cheaper than a PS4 disc.

It’s probably not quite compelling enough to make Valve’s console plans work by itself, but let’s face it: Valve didn’t have to add this feature, for free, for you. You’d frankly be a fool not to explore it.

A major technical achievement which could well change your gaming life

Install once, play anywhere in the house

Game on low-end or old laptops