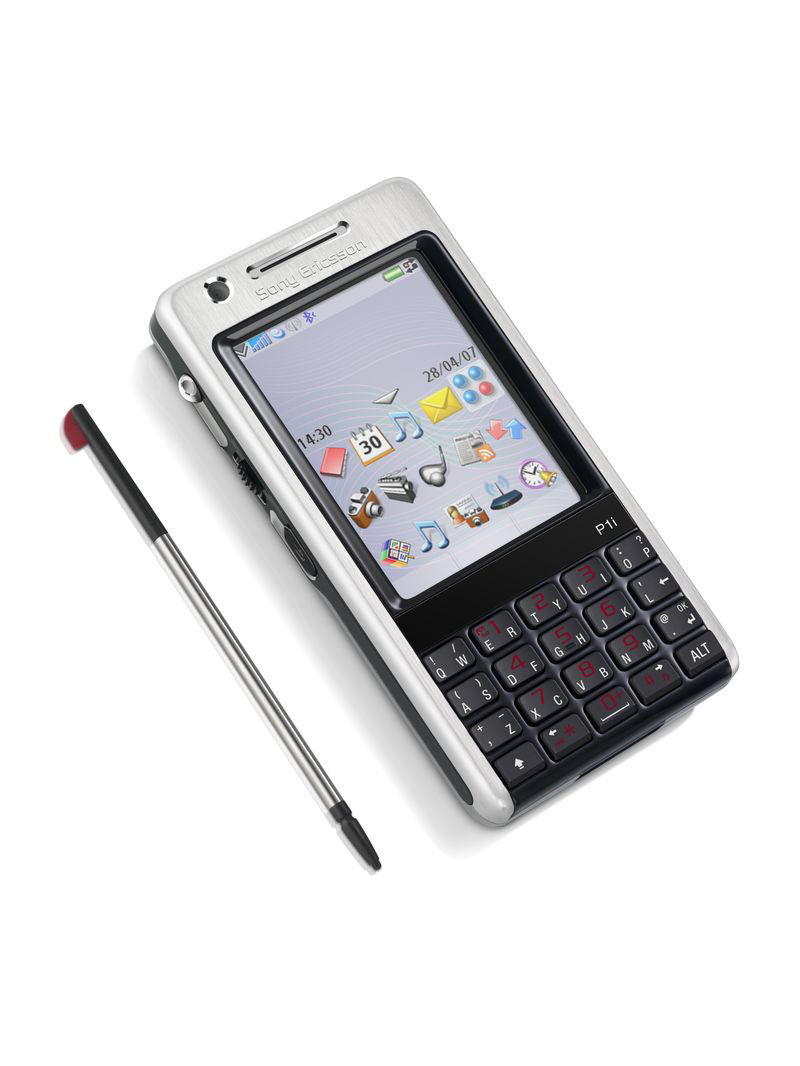 Sony Ericsson has completely ignored the golden rule of not mixing business and pleasure with the P1i. Its P-series smarties have always been slaves to the suits, but this fifth generation device serves up a multimedia feast to distract business bods from spreadsheets and efficiency targets.

The P1i has new look, completely dismantling the clunky P-series signature design and cribbing its style cues from the sleeker M600i messenger device. The sumo physique of its predecessor, the P990i, is history, and you can definitely slip it inside the suit pocket without fear of toppling over.

The phone embraces the dual-function QWERTY keyboard last seen in the M600i, with each key assigned two letters and differentiated by a rocker switch mechanism. Full QWERTY cadets will find the transition tricky but put in the graft and you’ll soon be thumbing like speed demon. If this is too thorny to master, there’s a virtual keyboard on the touchscreen or, for true masochists, handwriting recognition.

The P1i runs Symbian UIQ, which is essentially the same as the more popular Series 60 OS with a few tweaks. It’s easy to navigate, and you can handily spice it up with over 350 third-party UIQ applications. Another neat improvement is the customisable homescreen icons that let you create up to 15 features and functions shortcuts.

Thanks to a new processor – Sony Ericsson claims it’s four times faster than the P990i – the P1i is also a multitasking master. We had over ten programmes running simultaneously and the P1i didn’t break sweat. It’s clearly more efficient than its bug riddled predecessor.

It can’t match the Nokia E90’s expansive screen, but surfing the web on the P1i’s 2.6in display is slick. The peerless Opera 8 browser tidily squeezes full HTML pages into readable morsels, and the P1i detects whether Wi-Fi or 3G are available. The browser also has a tab system that lets you easily flit between web pages.

The 3.2MP camera is the biggest step up from the P990i and it’s got the photography garnish – including autofocus, macro focus and white balance settings – to make it worthwhile. Picture quality almost reaches Cyber-shot quality, although there’s no Xenon flash and thrashing around the interface via the touchscreen is a bit fiddly.

The built-in music player is another mighty performer, sticking to the standard arrangement seen in the K810i but adding album access and eleven equalizer settings include Mega Bass for extra low-end thumpery. Audio quality is very dynamic, especially when we hooked them up to the MOTOROKR S9 Bluetooth headphones for a wireless workout.

All this multimedia malarkey is gratefully received but the business bods shouldn’t sweat – all the messaging and PIM functionality is in place. There’s support for numerous push email clients, the Quick Office suite lets you create and edit documents, and the camera also doubles as a business card scanner, although we found its performance temperamental.

The P-series has come of age with the P1i, and while it doesn’t have the GPS or HSDPA powers of the Nokia E90 and N95, this smartie is still a front-runner for the business and pleasure seekers.