With rival handset manufacturers having all sorts of diet problems, it seems Samsung is in competition with itself to fashion the thinnest phones in the world. Its Ultra Edition dynasty just can’t be out-slimmed and it holds the record for the sleekest slider, clamshell and candybars around.

The Korean’s outfit’s newest Ultranite is the U700, the follow-up to the 10.9mm thick U600. We can forgive the 12.1mm U700 its slight waistline gain because it now hustles to the latest 3.6Mbps flavoured HSDPA download speeds.

Right now, the U700 exclusively rocks up on Vodafone, sporting a de rigueur mirrored front fascia. With little flab on its torso, it’s also incredibly lightweight but this is down to the alarming plastic fantastic build. Sadly, this is the sacrifice for such a svelte chassis. The U700 is also fitted with Samsung’s stunning signature QVGA screen.

The slider action won’t challenge the king gliders like the Nokia 8800 Sirocco and 8100 Luna but the mechanism has enough bounce and spring when called into action. Samsung also keeps the front keys touch-sensitive and despite no vibration or pulse to signify your selection, responsiveness still lags like a puppy on a lead.

The five-way navigation pad, also spins like a jog-wheel but we’re not sure this actually speeds up browsing through the menus and music library. However, the mechanised key kids will find solace in the spacious keypad, which is lucid to thumb.

Along with the next generation HSDPA speeds, the 3.2MP snapper is the main draw here. Sadly, Samsung has stripped it of some notable photographic modes. Macro focus for close-ups and ISO settings have been shown the door, while the flash is only a power LED, not Xenon flavoured.

You are at least served autofocus, White Balance and a handful of effects and shooting options, so it’s still a capable snapper. And while it can’t compete with the K810i, picture quality is crisp, if sometimes little prone to overblown white areas.

The front-loaded VGA lens is ready for video calling and with a dedicated key, this dubious activity is still being foistered on us. Still, if you dabble, you won’t see any tangible difference to other video callers, so get ready with those Max Headroom impressions.

Elsewhere the music player is exceedingly disappointing with your library only organised in song list rather than artist, album or song. If you have a large collection stored on the microSD card then trawling through the catalogue is a bind.

Also we couldn’t find any audio enhancements or support for Stereo Bluetooth, so sound quality through the supplied earphones was hollow and lacked strong volume.

The U700 is incredibly sleek, stylish phone that’s lets down badly by feature and build corner cutting. A real shame. 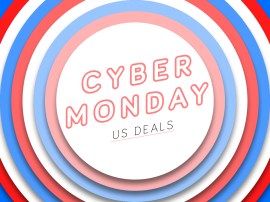 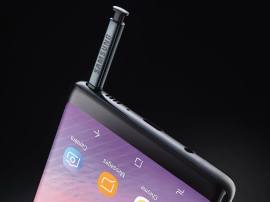