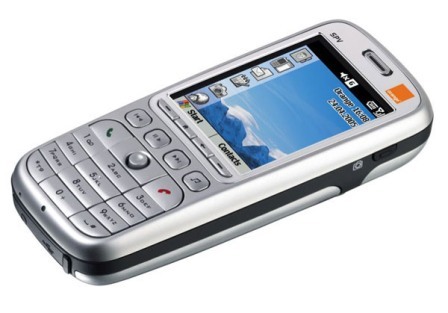 The C500 was touted as the ‘world’s smallest smartphone’ when it was released back in 2004. It’s still among the most diminutive Windows phones around, and is an obvious gaming handset too.

Orange’s SPV runs Windows Mobile 2003 SE, so there’s a wealth of worthy titles to be downloaded via the Orange World portal. Since it’s also Java-enabled, there’s an ever-growing catalogue of independent mobile developers supplying some tidy titles to the Java faithful.

The screen is useable but it’s portrait rather than landscape – stop us if we’re being overly harsh here – so a hardcore gamer this is not.

A killer title to indulge in here would be Splinter Cell Chaos Theory (www.gameloft.com). As Sam Fisher, you must deal with some of the world’s most notorious cyber criminals and put an end to their reign using a mixture of stealth and force. So, it’s not ideal for gaming duties, but still worth a fiddle for its smartphone abilities.