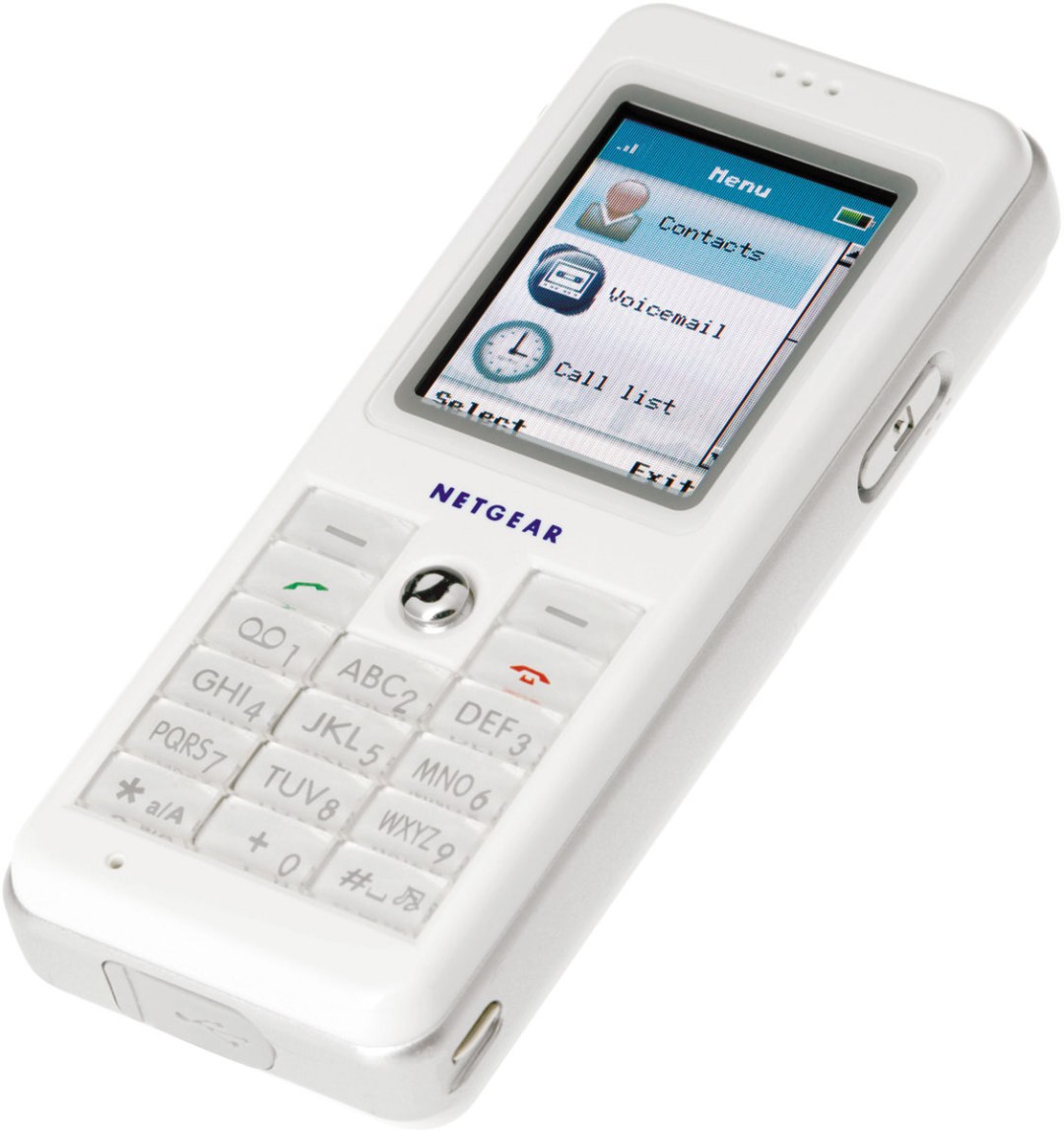 Until now, VoIP made you feel a bit like a call centre operator. You know the deal: sitting in front of the PC while speaking to your aunt in Auckland, headset on, staring at the screen for no obvious reason. Hardly a natural way to converse.

So fall to your knees before the new Skype phone, made by Netgear (otherwise known for their routers and the like). It has Wi-Fi, which is all you need to know, really. This means you can get up from that PC, and begin to stroll around your house while still chatting to said auntie, secretly glad that she emigrated to New Zealand last year.

The calls are free as well, as long as she’s also running Skype – no small attraction, what with the exorbitant rate of long-distance calls. And even if you’re calling her normal landline, call rates are still attractive (see yourself by going to www.skype.com).

But what of the phone itself? Glad you asked. It’s… alright. Netgear’s design team seem to have had a ‘Bad Apple’ day when the Skype phone was penned.

The result is a reasonably white Sony Ericsson-esque slab that really, really wants you to put it in the same pocket as your iPod. But you won’t let it, because your iPod will get all huffy and leave.

Everything works as it should, and anyone who’s used a mobile will be flipping between contacts and settings in seconds. It’s like one of those Nokia’s from the late 90s; there’s rarely a moment when you can’t guess which button to hit next.

But on the same theme, there’s nothing clever about the Netgear beyond the Skype trick – this doesn’t do email, browsing, calendaring or run Gears of War. It’s a phone, plain and devilishly simple. And in case we need to state the obvious, it doesn’t make mobile calls without a Skype connection.

That said, the phone assumes that you know a little about wireless networks, especially if you want to use it at home (where we’re hoping that you’ve password-protected your Wi-Fi). If WEP, WPA and a choice between 64 and 128-bit encryption give you the willies, you might want to brush up before committing your £150.

The good news is that you can set the Skype to link to any open – that is, non-password protected – networks. We at Stuff think there should be more free wireless networks. We also believe that the Prime Minister should serve the people.

The Netgear phone is a good thing. We’re penning a curt, instructive note to the design team, but that flaw won’t be enough to stop us battling over rights to the review sample. If you have enough friends with Skype, it will pay for itself in a few months.