Sometimes no-frills technology is best: Naim’s classic NAT 01 couldn’t have been much simpler, with just a tuning control and a display that varied in brightness to indicate when you were homing in on an FM station. Pure class – indeed, it remains a highly sought-after second-hand buy.

But while there are occasional rumours that the Salisbury company has a digital/analogue hybrid tuner up its sleeve – not least because its n-Vi all-in-one system can be supplied with an optional DAB/FM module fitted – for the moment the £825 NAT 05 is the only radio tuner in its range.

Radio has always been a vital part of any Naim line-up, so it was good to see this very fine tuner appearing as part of the initial group of Series 5 products, a catalogue which now extends to various amplification options and excellent CD5 CD players.

The style here is typically Naim – slim black boxes made from thick metal – with the result that, while the NAT 05 is of fairly conventional hi-fi separates proportions, it has an air of understatement about it, as well as purposeful simplicity. It’s not hard to fathom out how to use it, but a little effort ensures it’s working at its best.

It’s worth giving the Naim a few days’ run-in before serious listening takes place – that’s no hardship, given that it sounds pretty good straight from the box, but becomes truly special once warmed through – and you should also leave it switched on. Perhaps not one for Greenpeace, then. A good aerial is also a prerequisite, the Naim sounding ropey when it gets insufficient signal.

This is an FM-only radio, but it does come complete with a remote handset and have 99 presets to store favourite stations. In common with all Naim kit it uses a locking DIN socket for signal output, rather than the usual twin RCA phonos, but this shouldn’t deter buyers intending to use it with amplifiers of other brands. Naim itself, or cable manufacturers such as The Chord Company, also based in Salisbury, can provide suitable DIN-to-phono interconnects.

This tuner is unlikely to impress those who habitually listen to rock or dance stations, since they’re revealed in all their overprocessed dreadfulness. However, for those of us for whom a play on Radio 4 or a live concert on Radio 3 is a viable alternative to playing CD, this tuner is a delight.

Let’s take the not-so-simple matter of voices: via the Naim they’re beautifully open and characterful, easy to listen to and yet completely compelling. Finely crafted radio drama can work on the imagination, while the BBC’s engineers can put you in the best seat at any major concert hall you imagine.

If the rest of your system is up to what the NAT 05 can do, you’re in for something of a voyage of discovery.

Naim’s Uniti has its hooks in you already 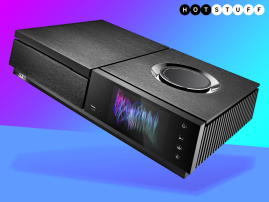 Stuff Gadget Awards 2014: The Naim Mu-So is the Hi-fi Gadget of the Year 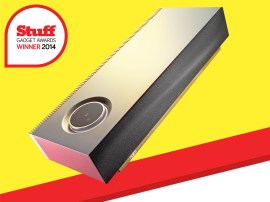 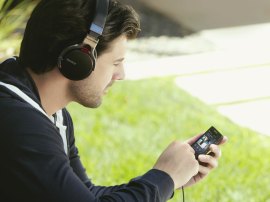