Price. Portability. Performance. You know the drill when it comes to buying a laptop: pick two options, and compromise on the third.

Only what if you didn’t have to? That’s the thinking with HP’s Envy 13, a keenly-priced laptop that’s skinnier than a smartphone and almost as light. Boxes one and two: ticked.

Box three is taken care of by an Nvidia graphics card – in a laptop just 14mm thick.

OK, so we’re not talking GeForce RTX levels of power here, but the Envy 13’s MX150 should still give it a gaming grunt you just don’t expect from an ultra-portable. And certainly not one costing £750.

If you’re thinking HP must have made a few sacrifices to reach that price, you’d be right. But whether they’re enough to spoil an otherwise tempting bargain buy – that’s what we’re here to find out.

Curves weren’t really on the agenda when it came to the Envy’s design brief. It’s all lines, geometric shapes and sharp angles. It might be built out of aluminium just like a MacBook, but stick them side-by-side and three’s no mistaking the HP. It still has a serious side, so it won’t look out of place in the office, but the triangle pattern speaker grille and fingerprint-style pattern on the rear edge add a welcome bit of style. The angular screen hinge helps elevate the keyboard for comfortable typing, too. The whole thing only weighs about 1.3kg, and could hide behind the average glossy magazine, so you should have no trouble slinging it in a bag and carrying it around all day. Those super-slim proportions meant HP had to get creative with the connectivity, adding a collapsing USB3 port to each side of the machine. You also get a single USB-C port, a 3.5mm headphone jack, and even a card reader – although it’s only big enough for microSD cards. With no HDMI port you might think hooking up to an external display is out of the question, but HP handily includes a USB-C dongle to get you connected. There’s a fingerprint reader on the side as well, and while it’s quick enough to beat tapping in your password every time you open the laptop up, it’s not as convenient as the dual-function power button/fingerprint reader on Huawei’s MateBook notebooks.

KEYBOARD & TOUCHPAD: NOT QUITE FINGER-CLICKING GOOD

With hardly any depth for its keys to sink into, the Envy 13 isn’t the most satisfying laptop to type on. The keyboard has a soft and rather spongey action that doesn’t give much feel through your digits, and the page navigation keys squeezed onto the far side have the effect of shunting the rest of the ‘board over to the left. It’ll take a while to adjust to the layout and get back to typo-free text. The keyboard flexes a bit if you type with the force of a small sledgehammer, but that’s to be expected given the slim design and affordable price. A MacBook’s keyboard tray might be machined out of aluminium, but it costs almost twice as much. Backlit keys are nice to see, even if the LEDs are more blue than white, but there’s no brightness settings to choose from: you can have it on or off, and that’s your lot. The touchpad feels a lot wider than the screen it sits beneath, and physically moves with every slightly cheap-sounding click. Sometimes it got confused by multi-touch scrolling, too. Some calibration is needed to get the best from it. You could skip it altogether and use the touchscreen instead, but it means leaning over the keyboard to do so; this isn’t a fancy 2-in-1 like a Lenovo Yoga. We reckon HP could have skipped touchscreen tech and brought the price down even further.

DISPLAY & SOUND: LIGHT ME UP

Here’s where HP has had to tighten its belt in order to sell the Envy 13 at such a tempting price. The 13.3in LCD screen is by no means bad, but neither is it a treat for the eyes. Colour accuracy is merely average, with contrast that falls behind other sub £1k laptops like the entry-level Dell XPS 13. If you’re after a machine for photo editing, you’ll want to calibrate the screen before settling down to work. Brightness is a bit disappointing, too. You’ll have no problem seeing the screen indoors, but move into direct sunlight or step outside and you’ll find the Envy just doesn’t get bright enough for clear viewing. The glossy display finish isn’t as reflective as some rivals’, at least. If this was a £1300 laptop you’d be well within your rights to bemoan the lack of pixels, but a 1080p resolution is right on the money for a £750 machine. Unless you’ve got your nose pressed up to the glass, you won’t spot the individual pixels. Sound quality from the built-in speakers is decent enough, although probably not as good as the Bang & Olufsen logo suggests. They get loud enough for listening with the laptop perched on your lap, and manage to avoid distortion unless you’re really cranking up the volume, but it won’t fill a room with sound. For anything more than solo viewing, separate speakers would be a sensible option.

Like a lot of ultraportables, HP has picked Intel’s dual-core i5-8250 CPU – a capable chip that’ll handle most solo jobs at its reference 1.6GHz clock speed, but with the option to crank up to 3.4GHz when the going gets tough. HP has stuck with DDR3 memory, which isn’t as super-speedy as newer DDR4, but does help keep costs down. You also get 8GB of the stuff, which is what we’d expect from any modern machine. 256GB of speedy PCI-Express storage completes the basics. Windows 10 runs smoothly and the Envy could cope with all the web browsing, video playback and photo editing we threw at it, although it did like to let you know it was working: the built-in fans whir to life with only a few browser tabs open, and are quite noticeable when you’re working with more demanding programs. Still, it performs on par with more expensive machines in most 2D tasks. The Envy’s ace in the hole is its GeForce MX150 dedicated graphics chip, which has 2GB of dedicated video memory. It’s a heck of a lot more capable than Intel’s built-in GPU, meaning you can play newer games at reasonable resolutions and a mix of detail settings without seeing frame rates tumble into single digits. Take battle royale champ Fortnite: the Envy can manage almost 50fps at 1080p, with details set to medium. That’s more than 50% faster than Intel’s UHD 620 on-board graphics. If you want a solid 60fps you’re still looking at either dropping some settings or stepping down to 720p, but that’s mighty impressive for an ultraportable. Brand new games will still be asking too much, but if you fancy some Rocket League between meetings, appreciate a round or two of Civ VI, or have an Overwatch addiction, this laptop is quite capable of scratching that itch. Just expect the fans to get loud when it does.

BATTERY LIFE: NOT A MARATHON MACHINE

There’s not an awful lot of room inside the Envy 13 for batteries, so it shouldn’t come as a surprise that it’s a bit of a lightweight when it comes to staying power. With the screen set to 50 per cent brightness, it just about managed seven and a half hours of video playback, a long way off HP’s claims of 14. If you plan on gaming on the move, that total plummets down to two or three hours tops. Stick to emails and text documents, however, and you might see ten or eleven hours away from the mains. That’s short of what you’ll get from rival (and more expensive) machines, but still enough to get you through the working day. When travelling, you’ll have to find room in your bag for HP’s proprietary charger. The Envy 13 might have a power-friendly USB-C port, but the bundled adaptor uses its own custom design instead.

There aren’t many ultraportable laptops that can also handle a game or two – and far fewer that can make that claim and cost under £900. If portability is your top priority but GPU performance is a close second, the Envy 13 makes a strong case for itself. It’s not a perfect laptop, with a finicky touchpad, less than satisfying keyboard and a screen that’s merely OK rather than stellar. Battery life could be better, too. For those reasons the Envy misses out on a five star verdict – but it was a close call. With HP currently asking just £750 for the model tested here, the Envy 13 looks like exceptional value, flaws and all. If you can learn to live with them, this is a very good machine indeed.

The Envy 13 is a versatile mid-range ultraportable that might cut a corner or two to save some pennies, but makes up for it elsewhere. Few sub-£1k laptops can say the same

Competitive hardware for the cash

Respectable battery life for an ultraportable

Touchpad can be a bit cumbersome

Not exactly a silent runner 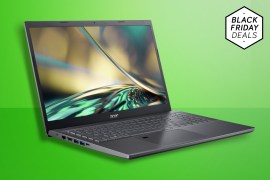