Just when it looks like you can actually get hold of a PS5 (two years after it first launched) without jumping through hoops or extortionate eBay auctions, all the exclusives seem to have dried up.

After dazzlers like Demon’s Souls, Returnal, and Ratchet & Clank: Rift Apart landed in the first year of the console’s life, last year felt like Sony backtracking by ensuring big hits like God of War Ragnarok and Horizon Forbidden West were cross-gen releases. Great news for players still unable to upgrade, but not for those wanting games to really push their pricey new hardware to the next level.

That next showcase is Forspoken, originally teased ahead of the PS5’s release in 2020 as Project Athia. Promisingly it comes from Square Enix studio Luminous Productions, whose Luminous Engine had previously powered Final Fantasy XV – one of the best looking games of the previous generation. With the engine since updated to fully utilise PS5’s capabilities, it means we’re in for one of the most beautiful games on the console yet. But how does it play?

Forspoken is an action RPG that puts us in the shoes (or ‘kicks’, in our protagonist’s parlance) of Frey Holland, a young woman transported through a portal from contemporary New York to the fantasy world of Athia. After being abandoned as a baby and now having run-ins with both the law and street gangs, that might seem like the perfect escape. But then again, now she has to deal with fire-breathing dragons and a corruption that’s transforming people and animals into monsters.

It’s part Hollywood sci-fi/fantasy, part fairy tale yarn in the vein of The Wizard of Oz or Alice in Wonderland (the latter of which gets a fairly on-the-nose reference) told through the eyes of a zoomer. That means dialogue that’s trying to sound down with the kids, but will more likely to have you cringing.

Frey’s not alone though. The portal that brought her to Athia was created by a mysterious talking bracelet that’s now bound to her arm. This odd couple relationship is both central to the story and gameplay, since it’s Cuff (so named by Frey, who in Whedonspeak fashion also calls the corruption plaguing Athia the “Break” while trying to find out how she can “voosh” back to New York) who equips Frey with magical powers. The task then becomes defeating the four corrupted leaders terrorising Athia’s last safe city, and finding a way back home.

Cuff up a storm

Magic is the strongest part of Forspoken. Frey gradually unlocks and upgrades spells for both traversal and combat, which look breathtaking when flooding the screen with dazzling lighting and particle effects. While the PS5 version has a choice of graphics options, the fast-paced action means we recommend Performance mode; whenever we tried the Ray-tracing Mode there wasn’t much meaningful visual difference.

Attack spells are predominantly of the ranged variety, though you can also get in close with melee options. Cooldown-based support spells also offer buffs as well as crowd control. Spell sets that specialise in certain elements like fire or ice make for some tactical play, although each time you unlock a new one, the locations tend to also feature new enemies that are vulnerable to those spells anyway.

New abilities can be unlocked through each magic set’s skill tree using Mana earned when levelling up, completing objectives or hoovered up from the open world. You can also assign spellcraft challenges, where you’ll need to use spells a specific way a set number of times to unlock new perks.

Better yet, some can be converted back into Mana, allowing you to ditch old spells you haven’t bothered using in favour of something new, or enhancing ones you do use. In that way you can better tailor your play style without the need to grind as much.

Athia? I barely know her

Athia sadly adopts the empty open world template where it’s all just ruins overrun with monsters, save for one hub area, so you rarely stop to pay much attention. Hold a button and Frey magically parkours over environments, sprinting through the world as fast as Sonic the Hedgehog. Immersion-breaking impassable cliffs limit your exploration, even once you’ve fully upgraded your parkouring abilities. It feels designed less as an open world and more like a few linear levels stitched together on the world map.

There are optional dungeons and challenges dotted around to undertake in exchange for rewards, but Forspoken cares more about telling its story than giving you a meaningful world to play in. For example, there’s a narrative justification for why Frey wants to blend in with the locals and not use her powers in front of them, but it means you can’t use magic parkour in the city.

Not that the story doesn’t have some novel twists – this might be the first game protagonist who’s genuinely morally conflicted about having to kill others in order to save the world. Yet it’s also weighed down by some painfully archaic design choices, with some chapters where you can barely walk for a few seconds without the screen fading to black and loading a cutscene, or a mandatory stealth sequence in a non-stealth game.

By prioritising the story first, it’s possible to finish Forspoken’s campaign in around 15 hours, with some chapters little more than a few cutscenes or a boss fight. That’s at least comfort for time-poor players wary of open world bloat getting in the way of finishing a game. It’s almost as if you’re best left taking in Athia’s open world in the postgame, although by then it also feels too little too late.

Forspoken may have some dazzling visual effects as you blast your magic or parkour across its barren lands, but it still feels archaic in its uninspiring and limited open-world structure, which never feels as satisfying to explore as it should.

Even with some flexible gameplay customisations, it’s a game where narrative takes priority yet still stumbles. Tropes are rehashed, dialogue is cringe-worthy, and it fails to reach the high bar of seamless cinematic execution we’ve come to expect from Sony’s own first party efforts. The first proper PS5 console exclusive in a while this may be, but all that glitters isn’t gold.

Parkour isn’t as magical as it could be 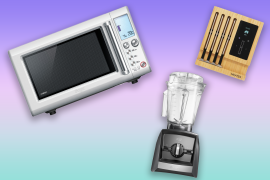