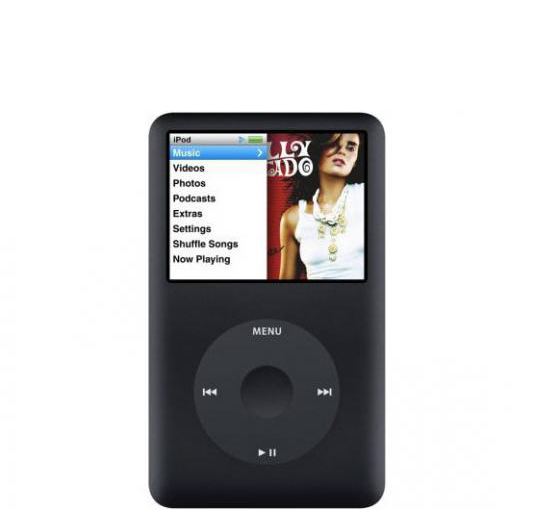 These days, iPods are so common it’s easy to underestimate the brilliance of the high-capacity MP3 king. This new 80GB version delivers on the promise of carrying your entire music collection with you, no matter how swollen. And, despite its huge capacity, the 80GB iPod is still smaller (and much sexier) than its most obvious rivals: Creative’s Zen Vision M and Microsoft’s Zune.

So what are the improvements over last year’s 60GB iPod? Aside from the obvious capacity boost, the new version has a better battery life (a decent 14 hours music playback or over three hours of video) and a better display.

The screen stays the same at 2.5in, but it’s much brighter, and

video looks significantly smoother and more natural – which is just as well, as Apple is now selling full-length movies via the iTunes store, but only in the U.S. at the moment – expect the service to be launched here soon, don’t worry, we’ll keep you posted.

While iTunes movies are available at a decent 640×480 resolution, the iPod’s screen is still only 320×240 pixels, which suggests that this iPod is a stop-gap measure before a large-screen Video iPod appears in 2007.

Don’t let that put you off taking the plunge, though. If you’re after a large-capacity music player, the iPod really does deliver – it’s easy to use, sounds good (especially if you upgrade the supplied earphones) and benefits greatly from the excellent iTunes software.

And if you’re keen on its video capabilities, remember you can also output 640×480-pixel video to TV via S-Video – if you’re willing to spend £25 on an optional dock. The resulting video is watchable – it’s better than VHS quality, but that’s hardly a badge of pride in these days of high definition.

As well as movies, you can also now buy games for the iPod through the iTunes Store. Classic puzzlers like Tetris and Bejewelled are given a glorious graphical makeover, but all that useless beauty can’t hide the fact that you have to control them with a scrollwheel. And at £4 each the games are over 30 percent more expensive in the UK than in the US. We advise a Nintendo DS instead, if you can afford it. If not, you might still get more value from mobile phone games.

But overpriced software is the least of Apple’s problems. While the company quickly quarantined a recent batch of virus-infected iPods, there are still many reports of failing hard drives – including three 5G casualties within our offices. Apple usually picks up and replaces faulty iPods within a couple of days of reporting a problem, but only if the unit is still under warranty – after a year, you’re on your own.

Scratching is less of an issue, but you’d be well advised to keep your ‘Pod in a case. If you do pick up scratches, you can find some home-made solutions on the web which involve using mild abrasives such as Brasso – this can work, but you do it at your own risk.

Microsoft’s iPod rival, Zune, might not have the iPod licked first time round, but they have the money and time to mount a serious challenge.