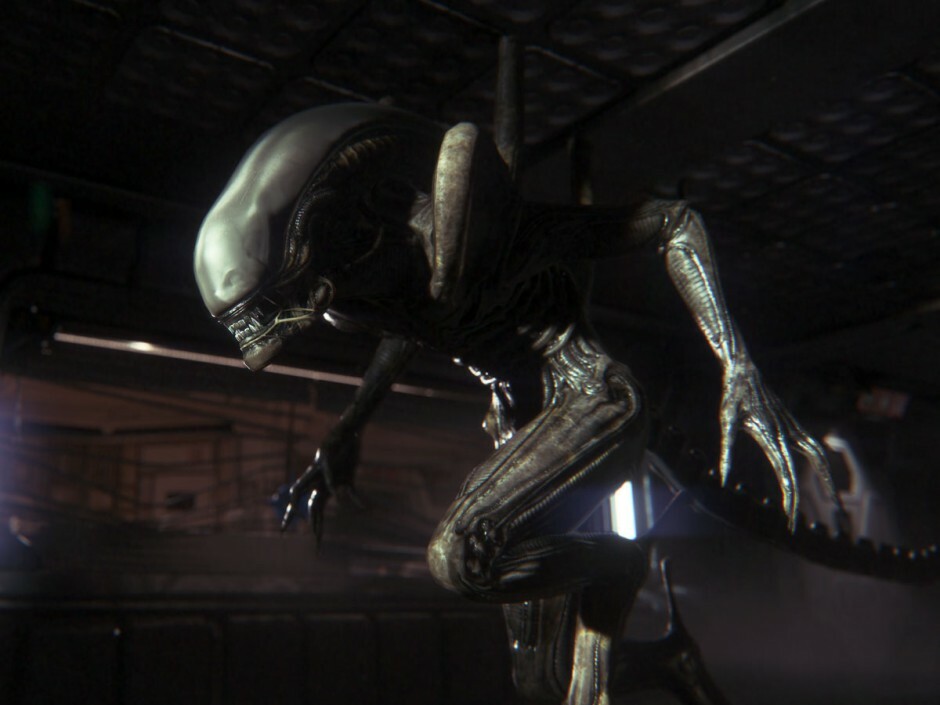 Survival horror games, it seems, are back in fashion. Whether it’s poking around abandoned asylums in indie hit Outlast, treading carefully through the same stretch of corridor again and again only to be suddenly stopped in your tracks by something horrendous in Silent Hills‘ playable teaser, or confronting the restless dead head-on in the upcoming The Evil Within, it’s clear gamers get a big kick out of feeling powerless, weak and very, very scared.

And then there’s Alien: Isolation, a big budget game that promises to bring primal, gut-wrenching fear back to the Alien universe by using the original movie as its touchstone rather than its more action-oriented sequels. Does it succeed? Does it ever – but at the same time, it’s not a game that’ll appeal to everyone.

Setting: Keeping it in the family

In Alien: Isolation you play as Amanda Ripley, daughter of the Alien movies’ protagonist Ellen "Sigourney Weaver" Ripley. It’s 15 years after the Nostromo and its entire crew went missing, and Amanda is looking for answers – or at least some sort of closure surrounding her mother’s disappearance. When the Nostromo’s flight recorder is apparently found and taken to Sevastopol, a deep space station, Amanda is among the team sent to retrieve it. And that’s where the frights begin.

Sevastopol is arguably the game’s best-drawn and compelling character. A decaying city orbiting a gas giant, it’s in a state of total chaos when you arrive – and that’s not entirely the fault of the titular xenomorph stalking the hallways and air ducts. The second-rate corporation running the station has mismanaged things terribly, leaving a capricious A.I. in charge of the whole shebang, half the areas locked down and murderous rubber-skinned androids called Working Joes wandering the corridors. There are also a few dozen human survivors on board, some of whom are friendly towards Ripley, most of whom are not.

After an accident separates you from your companions, you’re able to explore this gloomy, crumbling space citadel relatively unchallenged for an hour or so – and it’s at this point that the majority of the game’s systems and controls are introduced to you. And a lot of them revolve around stealth.

While weapons are available in the game, your best chance of survival is to move slowly and methodically and to stay quiet. And when a potential threat is in the area, you’re rarely far from a place to hide: a locker, a cupboard, under a desk, in an air vent. You wait until whatever’s walking around moves on and then you do likewise.

Sounds simple enough, and when you’re hiding from humans and Working Joes it pretty much is. But when the alien comes into play, things get really tricky and really bloody scary. 99 percent of the creature’s behaviour isn’t scripted, you see – it’s driven instead by an advanced A.I. system that responds to sound, movement and changes in light. It actually hunts you, and when it’s nearby you never, ever feel safe.

Turns out aliens have really good hearing. Make a noise above a whisper and, if it’s lurking nearby, it’ll come and investigate. And if it spots you, you’re almost certainly done for. Weapons are largely ineffective (later on you can make it run away by blasting it with a flamethrower, but it’ll be back soon and it’ll be angrier than before) and your chances of outrunning it over open ground are zero.

And, thanks to the game’s maddening manual save system (you can save only at certain terminals) death could mean replaying the last fifteen minutes of buttock-clenching terror. So you really, really don’t want to die.

Alien: Isolation doesn’t have a multiplayer mode, but there’s still stuff to tackle once you’ve polished off the main campaign (which could well take you a good 15-20 hours – it’s tough and lengthy). Developer The Creative Assembly has included Survivor Mode, a series of small timed challenges in which you’re placed in close proximity to the creature and given a goal. Essentially, it distils the main game’s tenser sections into tiny replayable chunks.

There are also two pieces of DLC available at launch (neither of which we’ve had time to take on yet). Both are set during the 1979 Alien movie and both feature the vocal talents of much of that film’s original cast, including Sigourney Weaver.

Tools of the trade

Thankfully, you have access to some useful stuff that can tip the odds in your favour. First and foremost there’s the trusty motion tracker, which can be brought up at any time to check if there’s anyone or anything moving about nearby. It’ll show the distance and direction of the contact, giving you precious time to decide if it’s worth continuing on your journey or cowering in someone’s clothes locker for the next five minutes.

Ripley is an engineer by trade and can also craft objects and improvised weapons. Things like flashbangs and noise-making devices can be used to distract, while Molotov cocktails will kill humans and repel the alien. You can even create a noise to attract the alien and have it deal with a roomful of hostile humans for you.

Finally, you have your ears, which are often the best way to avoid the alien. The motion tracker, you see, makes noise that can be heard by enemies that are very close, so when you’re in a locker with the alien inches away, bringing it up can alert it to your presence. Cue the door ripped off the locker and your face treated to a French kiss, xenomorph-style. This is a game where a good set of headphones can save your skin.

How scary is it?

It’s been a long time since I played a game as intense as Alien: Isolation. The lighting, sound effects and music build up a gripping atmosphere of dread long before the creature makes its first appearance, and once it does things move up another gear. The game’s musical score reacts to events, so when the alien is hunting you down and you’re crouched under a desk three feet away you’re living the full horror movie experience. It’s actually a pretty draining game to play, and I often found myself having to take a break after another lengthy, tense game of cat-and-mouse in the corridors ended with my gruesome and sudden death.

Which brings us to difficulty. The aforementioned save system is, to be frank, a total bastard. I understand why the developers have used it – if you could save every 30 seconds tension goes right out the window (or airlock) – but the scarcity of save points means you’ll often find yourself having to replay long sections over and over, each time enduring several tricky encounters. While this succeeds in cranking up the tension and making you want to survive, it can also be demoralising to know you’ve got to go through the same fifteen minutes over and over until you somehow catch a break and avoid having the alien rip your innards out or a dead-eyed android beat you to a pulp.

The alien’s A.I. makes it truly unpredictable. Which is highly impressive from a technical point-of-view, but it also ramps up the difficulty, because sometimes it’ll drop from a vent right in front of you when you’ve seemingly done nothing to attract it – and that feels unfair after you’ve spent half an hour inching through ducts to get around it.

I should mention here that I played the game on its hard setting, as recommended by the developers for the “real” Alien: Isolation experience. And it certainly is an experience I won’t forget in a hurry – mainly for the right reasons (white-knuckle terror, relief as you finally make it to a save point) but also partly for the sheer frustration and difficulty of the damn thing. Gamers light on time or patience may want to settle for one of the lower difficulties.

There have been many games based on the Alien series over the years, but Alien: Isolation is the first that truly does justice to the original movie. Eschewing balls-out action for dread, terror and a feeling of utter powerlessness in the face of a perfect killing machine, this game will scare the pants off of you again and again and make you feel intense relief simply at having made it through a tricky section.

It’ll also frustrate you and push your patience to the limits, which means that it won’t appeal to everyone. If you’re used to being handheld through first-person shooters, you’ll find Alien: Isolation to be a markedly different experience.

In some ways, we welcome that: it’s not often you play a game that demands this much concentration to play. It’s healthy to be challenged, and it’s rewarding when you finally triumph. But because it’s such an intense experience, you may feel that it’s not always enjoyable. Me? I mostly loved it. Mostly.