Toy maker Hasbro has unveiled its complete range of Fortnite-themed Nerf Blasters and Super Soakers. The company teased the lineup last year when it announced the AR-L Elite blaster, which is based on the legendary SCAR assault rifle featured in-game, but has now showcased the full set. New additions include the TS-R Pump Action Super Soaker based on the tactical shotgun, the RL Super Soaker based on the game’s Rocket Launcher, the SP-L Elite Dark Blaster modelled after the battle royale shooter’s silenced pistol, and the HC-E Super Soaker based on the semi-auto handgun. There’s also a handful of cheaper MicroShots nerf blasters, one of which apes Fortnite’s iconic Supply Llama. Prices range from $9.99 to $49.99, with shipping expected to start on March 22. 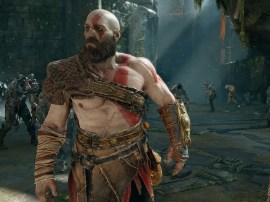